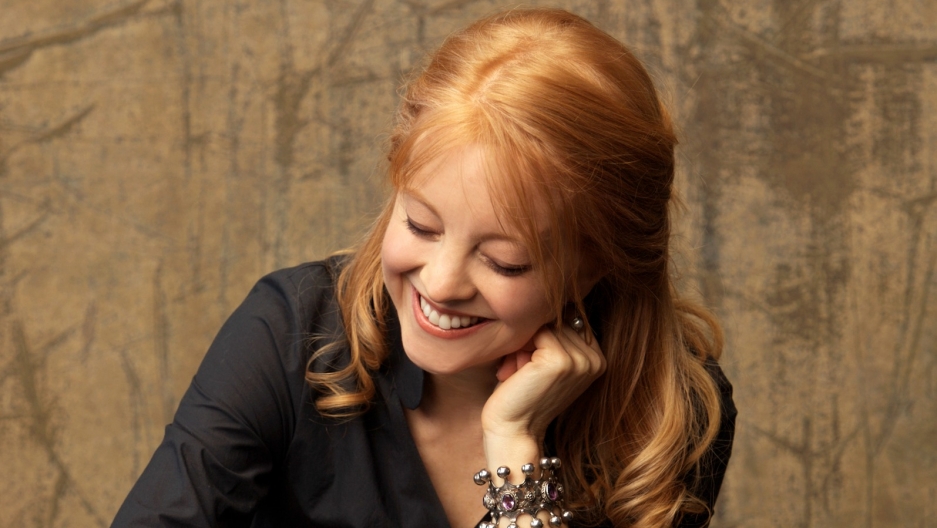 Maria Schneider is a rarity in jazz. She conducts her own jazz orchestra that sometimes blasts like a big band, but mostly plays music that sounds paradoxically intimate. And she is a consummate songwriter who takes a classical music approach to composing jazz.

We wanted to delve into her creative process to see how she puts together a new album. So Kurt Andersen interviewed Maria Schneider at her apartment last spring, while she was struggling to finish a song called "The Thompson Fields." The piece was inspired by the memory of a field of soybeans in her hometown of Windom, Minnesota (population: 4,646.) "I'm not happy until I'm sitting on that silo and I am feeling and I am seeing all these families and I'm seeing all my parents' friends who are gone," she told Kurt in 2014.

How does she get that feeling across to her band? She flew half of them out to Minnesota. "We stayed out at the Thompson Farm," remembers pianist Frank Kimbrough, "and kind of stretched out at his farm for a day or two. It's beautiful because it's a native prairie."

Kurt plays the band's first take from the recording studio last August, and Schneider slightly cringes. She hears a "lack of flow" in that early attempt: not enough energy. "We're kind of finding her way," she says. As they listen to the final piece for the album, Schneider points out how the musicians got it right, capturing a billowing wind effect with a piano crescendo and drum cymbals.

"My music feels American in some kind of way," Schneider says. "I don't know if it's the openness of it or what but it has that quality." The Thompson Fields is the band's first album in eight years. The process is so intensive and exhausting, Schneider says, that the immediate future will be more touring --- not songwriting.