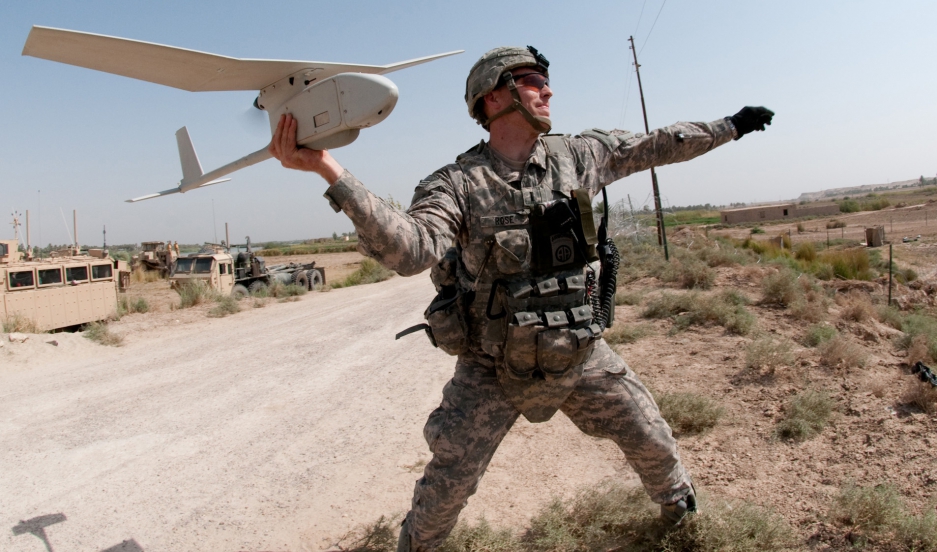 From spears and horses to drones and submarines, war has been intertwined with human existence. Our evolution, according to some leading biologists, has been shaped and molded by conflict and war.

But aside from the fact that death and suffering remain constants, today's wars look almost nothing like the wars of our ancestors; and wars of the future will look different still.

Since the rise of total war during World War I and World War II, corporations have played a huge role in how nations fight. They’ll continue to do so, especially, since, as Missy Cummings, director of Duke's Humans and Autonomy Laboratory, points out, technology that could be used for warfare has become increasingly driven by developments in Silicon Valley.

“Google, a couple of years ago, bought up the top eight robotics companies in the world, one of which was the lead robotics defense developer for the US. While that’s not an obvious threat, when all your top talent is going to the commercial sector ... we’re left with a stale and stagnant defense industry. We’re seeing rapid advances in the rest of the world to fill that gap.”

Peter Singer, an author and senior fellow at the New America Foundation, says Silicon Valley views the Pentagon as toxic, and is extremely reluctant to do business with the military. He also sees an issue if America ever gets involved in a large, multi-state conflict (a conflict Singer actually imagined in a work of fiction called "Ghost Fleet: A Novel of the Next World War").

“Any multinational corporation, be it a Walmart or whatever, is going to have to figure out for itself, is it truly multinational in its definition, or does it go with where its home headquarters are? That’s the kind of debate you haven’t seen in war before that you could see play out.”

And then there's social media.

Propaganda, winning ‘hearts and minds,’ has always been an important part in any conflict (as these WWI propaganda posters demonstrate). But social media lets new players fight for public opinion. ISIS is, in Singer's view, “nimble and effective at social media.” A study by the Brookings Institute found that there were no less than 46,000 ISIS-supporting Twitter accounts active in a one-month period.

ISIS also uses online videos and video games to increase its support among the unaffiliated. Cummings notes that as technology becomes more accessible for all, it’s easier for bad actors to use technology for nefarious purposes.

The idea of American military superiority is a difficult one to shake, Singer explains, but it’s a view that no longer applies.

“For the last 50 years, we’d always assumed we’d be a generation ahead of everyone else," he says. "Between off-the-shelf technology, but also adversaries like ISIS, or possibly China, we might not have that edge. They may have the same, or in some cases better, technology. And that’s a huge change.”

A lot of this is due to the distributed nature of modern technology. Just as people throughout the world can learn to program and build cool new apps, so too can they program drones. Missy Cummings says that what people don't understand “is that drones are actually a very simple technology. They’re not a hardware issue, you can print your own drone now using a 3D printer. So what we fail to realize as a nation is because drone development is really a software race, there are a lot of people outside this country who are just good software developers, and the barrier to entry is really low ... and there’s a fine line between toy and weapons platform.”

As America relies increasingly on drones for its aerial warfare, it's easy to imagine armies becoming more and more automated. Singer points to an example of a militia in Iraq using a machine gunning ground drone that they controlled with a tablet.

Cummings agrees, in part. “Certainly aviation will become increasingly robotic, and you will see transportation vehicles, submarines, really any vehicle whose direction and speed you can control, this will be something that will become a robot very, very soon,” she says.

But with the issues inherent in humanoid or multi-purpose robots, she thinks it will most likely be a long time before robots replace modern soldiers.

“In the end, if you ever have to put people on the ground, that’s when war is at its ugliest, and we are very far from being able to put robots in for us as individual soldiers. As long as we’re going to have people on the ground, and ISIS — and groups like ISIS — are willing to use barbaric tactics, war is still going to be very ugly at a very human scale.”