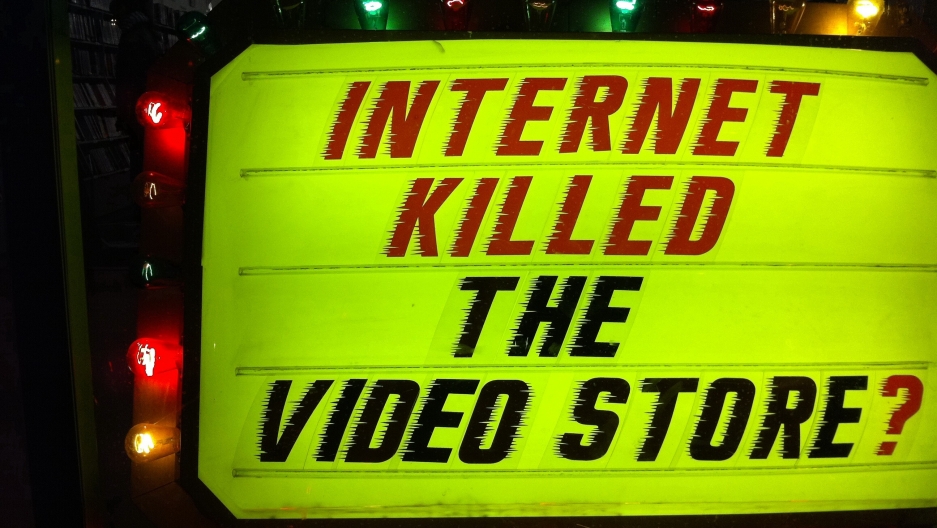 According to sociologist Toby Miller, our online activity has a real effect. If the Cloud were a country, it would have the fifth largest energy-consumption rate in the world.

If you spend a lot of your time online, it’s easy to be smug about your environmental impact.

After all, you rarely print stuff out, so you don’t kill trees. You read The New York Times on your phone, so a hunk of chopped up rainforest doesn't get tossed on your doorstep every morning. And you don’t go out in your car much, because you spend weekends devouring The Stormlight Archives on your Kindle.

Well, you probably shouldn’t congratulate yourself on saving the Earth just yet, at least according to social scientist Toby Miller.

“When we do something like a Google search, we are using electricity at the point of our own search, we’re using electricity at the point of delivery from the search engine, and we’re also engaged in all kinds of wizardry as we go around the Internet...for the answer to be found. It happens normally very quickly, but we don’t know exactly how that powering is happening.”

So, we think searching for “lyrics to Torn by Natalie Imbruglia” on Google doesn’t really hurt the planet. But our online activity has a real effect. In fact — as we discovered a couple of weeks ago — if the cloud were a country, it would have the fifth largest energy-consumption rate in the world.

It’s not just our online lives that can have a carbon footprint; the digital gadgets we're embracing aren’t always as clean as we might assume. Tech companies might be trying to get better, but there are some major, unresolved issues.

3D printing, heralded as a possible planet-savior, emits fumes that, if not dealt with in a safe, well-ventilated space, could be hazardous.

Miller notes that high tech is changing rapidly, and regulations haven't caught up. For example, there’s no established system for knowing whether it's better for the planet to read an article online or print it out. And he feels that’s something that needs to change.

“Just as we expect there to be reporting into the number of women hired into executive positions or the cultural/racial diversity of a workforce, so it seems we should expect the same responsibility when it comes to the environment. If we can expect decent audits and proper accounts delivered by five-person companies, I don’t see how it should be any different when it comes to our precious earth.”

He envisions cultural producers like BuzzFeed or NPR telling its audience what they believe the carbon footprint of their product is. Just like the disclaimer that runs at the end of movies — “no animals were harmed in the making of this film” — there would be something similar tech's environmental impact.

Miller doesn’t want everyone to throw their iPhones into the ocean and live like cavemen, but he does want us to deeply consider the way we use our electronic devices.

“Unless we have regulations that require companies to be explicit about their energy means, and unless we are given solidly green audits of the gadgets we use and the electricity we rely on to engage in the searches, and the reading, and the watching of football that we do, we’ll not be in a good position to make concerted, rational, citizen judgments of our own conduct.”