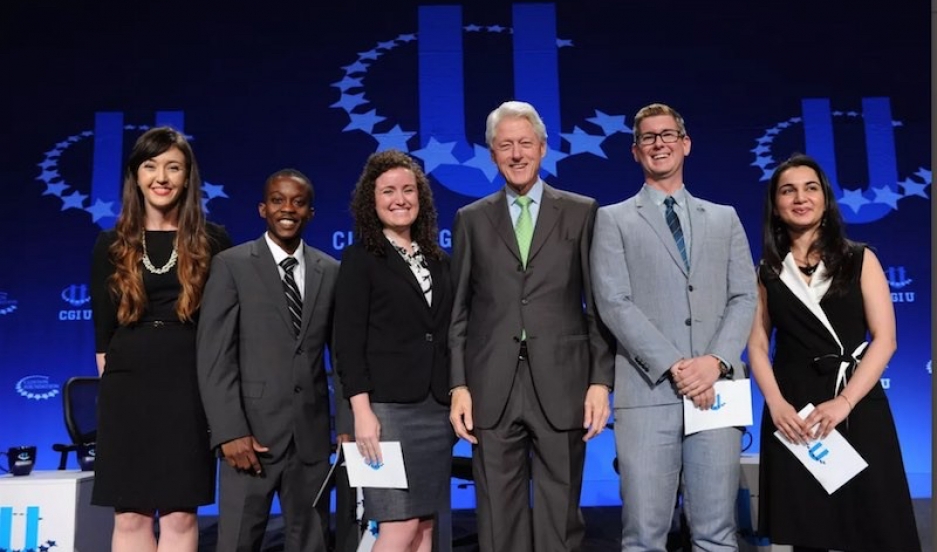 Mariam Adil is making waves in the Pakistani gaming industry — and she's trying to save it from its male-dominated self.

"An industry doesn’t reach its full potential,'' she says, "by stifling its already limited talent pool."

According to recent data, Pakistan's software industry employs more than 24,000 people, including many startups like Mindstorm Studios by Ahmed, We R Play by Mohsin Ali Afzal and Waqar Azim, and the Caramel Tech Studios in Lahore.

Pakistan's developers have created games such as Whacksy Taxi, one of the most downloaded App Store games in 25 different countries, and Stick Cricket. Firms hold regular “game jams” in Lahore to attract innovators with competitions between young would-be game developers. Jobs at these companies are highly coveted by young people: The workday ends around 4 p.m. and employees often hang out afterward, literally playing games.

Mariam Adil is one of the industy's leaders in Pakistan and one of many women managing incubators and programs in Pakistan today.

Adil is the founder of the Gaming Revolution for International Development (GRID), a game development startup that designs low-cost video games to simulate common issues in development fieldwork and teach development skills. Its game Randomania serves up scenarios for development-sector professionals and shows the results of policy decisions they make. Stereowiped concerns itself with race and prejudice, showing the social impact of games.

Faisal Kapadia: While developing Randomania, did you do a lot of research on different situations faced by professionals in development?

Mariam Adil: My day job at the World Bank allows me to have my hand on the pulse. Having designed and implemented several impact evaluations, I am familiar with the challenges that practitioners face while designing randomized control trials. This perspective, put together with feedback from some very supportive colleagues at the World Bank, allowed us to make sure Randomania could do justice to the challenges of rigorously evaluating development projects.

FK: What kind of impact do you think a game like Randomania can have?

MA: In my opinion, there is a gap between the science of international development taught to students and development practitioners, and the art of development practiced by professionals in the field. Until now, there have been few tools to bridge that gap — to provide the experiential learning required to practice complex decision-making, at a scale well beyond one-to-one interaction.

FK: In Stereowiped, you try to break in a fun manner racial barriers and boundaries. What gave you the vision for this venture?

MA: As the world around us becomes increasingly globalized, conflict driven by stereotypes is becoming a serious issue. The total number of migrant youth was estimated at 27 million (2010), representing 12.4 percent of the 214 million international migrants. With this level of youth mobility, issues of identity, cultural diversity and individuality become more and more real, especially in the New Yorks and Dubais around the world. For instance, following the Sept. 11, 2001 attacks, Sikhs reported a rise in attacks, both verbal and physical, against them, simply because the sight of a long beard and turban was associated with the stereotype of terrorists having beards. More recently, we have seen stereotypes in play behind conflicts all over the news, be it the unfortunate reinforcement of the racial divide in US after the Ferguson tragedy, the Islamophobia following the Charlie Hebdo attack, the fear of Ebola from African travelers or the profiling of rape victims in Delhi.

The need is now to explore innovative ways for addressing the damage that is done by labeling and alienating entire populations.

FK: You do happen to believe in the school of thought that games impact the player. Does that then mean we should stay away from, or keep kids away from, first-person shooters?

MA: Mention the word video games, and so many of us have images of 26-year-old dudes locked up in a basement apartment with empty soda cans and pizza boxes littered around them. But slowly and gradually, the stereotype is breaking, not only because the average gamer has changed in terms of age and gender, but also because games are no longer just about guns and cars. The past decade has seen a rise in “social impact” games, games with a purpose, games that put the time of many young (and old) people to good use. From curing depression (SuperBetter) to raising awareness about pregnancy in Kenya (9 Minutes), the interactive nature of games is being increasingly used to build capacity and spread awareness. Games, like all other technology, can be beneficial or harmful depending on the way they are used. I am a strong proponent of leveraging the interactive nature of video games to serve as mechanisms of behavioral change that leads to social good.

FK: How do you feel the local game industry can overcome some of its hurdles?

MA: It does not matter what industry you work in, what country you belong to or what gender you are, what matters is the fire in the belly. My core team of developers is based in Pakistan simply because we have amazing talent and a strong work ethic. Our hurdles are only as big as our lack of willingness to overcome them, I have immense faith in the Pakistani youth and believe we are well-positioned to tackle huge challenges and emerge with a sense of pride at the other end.

FK: As someone who's lived a life on both sides of the fence, do you feel it's easier as a startup in the US?

MA: Startups are an uphill battle, anywhere in the world. While US may offer more female-friendly opportunities it also comes with the challenges of figuring out the investment landscape of a foreign country. On the other hand start ups in Pakistan may struggle with legislation and weak socioeconomic infrastructure but have a strong informal network that can pull them through the teething issues of setting up shop.

FK: Did you do any boot-strapping in the early days in your company or you were blessed with capital?

MA: The great thing about tech startups is the low level of upfront investment that is needed. A super committed team, some funding from competitions and a couple of pilot projects had GRID up and running.

FK: What's the future for your organization?

MA: There are more than one billion people living on less than $1.25 a day and half a billion playing at least one hour of video games a day, worldwide. The challenge of poverty is massive and so is the potential of video games. Through GRID, I am invested in thinking creatively about leveraging the interactive nature of video games to enhance the effectiveness of international development and hope I can make my contribution to this area, one game at a time.

FK: Do you have a message for the game geeks and devs out there all over the world?

MA: The gaming industry is male-dominated. The disparity that this creates isn’t just bad for gender equality. It’s bad for gaming itself. An industry doesn’t reach its full potential by stifling its already limited talent pool. By letting gaming become more inclusive, the industry can do so much more to advance social progress.

A version of this story first appeared in Global Voices, a site containing 1,200 bloggers and editors worldwide.