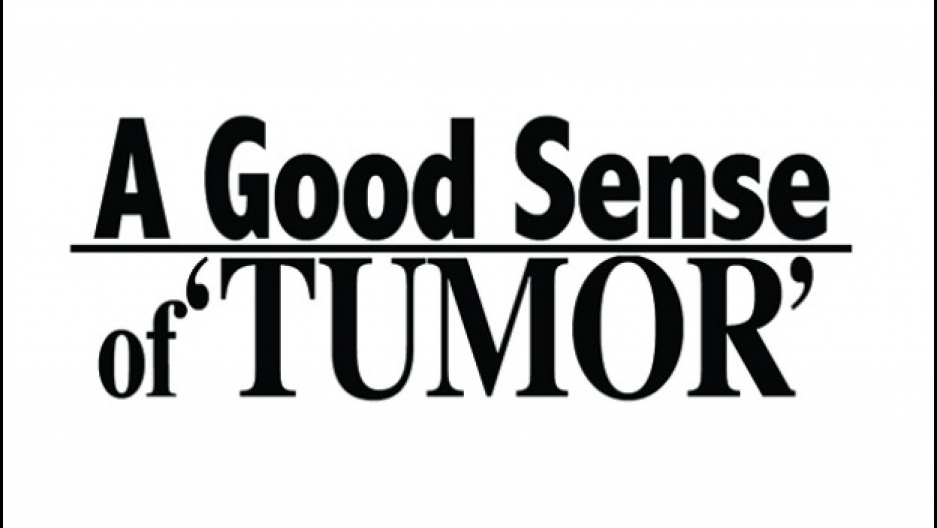 Joseph Riedel's dreams of becoming a screenwriter were interrupted by a cancer diagnosis --- so he's turning his illness into material for a web series as part of his 2015 Creative Resolution.

Wow, so, people actually want to work on this crazy project. It's been a pretty awesome month for A Good Sense of 'Tumor.' I sat down on Easter morning to meet with an old friend from high school, Emily Pojman. Emily has a lot of experience working in production and has filled many different roles. I am happy to announce that she will be my partner and producer for this series. It's an incredible gift to have her on board for so many reasons, not the least of which is: I now have someone I feel a responsibility to. It keeps me from usingexcuses for procrastination.

In addition to Emily, "Team Tumor" includes Sara Knapp and Steve Alper. I worked for a musical theatre program during the summers in college, and Sara was the director of the productions with her husband, Steve, the musical director. They are also accomplished composers and will be lending their talents to help score the show. Joining the musical effort will be Hannah Rosenbaum and her band The Pink Tacos.Their style is brutally honest but lighthearted at times, with themes like accepting change and moving on with your life ---- which is exactly what A Good Sense of 'Tumor'is all about.

I've also made some major casting additions to the show. One of my oldest friends is Adam Weinrib. His sketch comedy troop Garlic Jacksonhas received a ton of attention both online and withinthe New York comedy scene. But before that, Adam and I performed improv comedy together with a high school group, The Croton Academy of Comedic Arts. I had a blast working with him back then. It was through improv that the foundation of our friendship was formed, and I know that working with him now willbe an equally amazing experience. I should also mention that Emily Pojman was also a member of our improv troop. Another friend who will be acting in the series is Nicholas Paganelli, who will be playing himself. His father was in middle school with my mom, and was my dad's college roommate. Our families have been a constant part of each other's lives. It's a real honor to have all these people involved, people whom I truly respect and genuinely enjoy working with. I mention that these individuals are personal friends because I feel like I've been stranded, and even abandoned, in my home. I sit alone and try to heal. I get restless, but seldom have the energy to go out and do anything about it. Working with friends, however, I feel like I have a line to the outside world again. 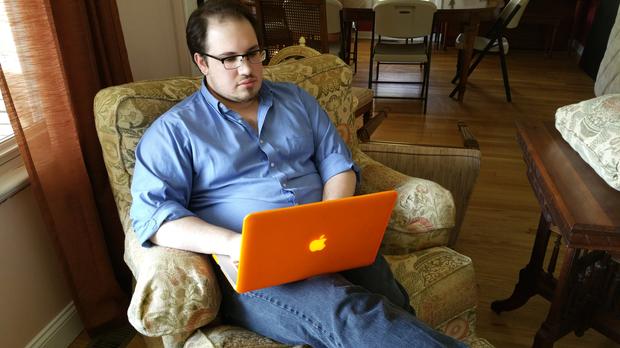 My health is still in flux. I have weeks at a time where I can't do anything to subdue the profound pressure in my head. Like I said previously, I have a hard time getting out of the house. Having this project to work on has saved me from a life spent in bed watching puppy videos on YouTube. In my last postI mentioned that I'm learning the values of delegation, but at the same time I'm beginning to feel like I can do even more for the project. I've decided to play myself in the series. I figure that even though I'm still not 100percent, it's my project ---- so I make the hours. If I'm not doing so hot, I'll just reschedule or call it a short day. I can do this. It's my story, and I want to be the one to tell it, not just through the writing, but the execution as well.

Read an excerpt of Episode Five.

I'm really pleased with how the writing has come along. I've always been afraid of being in a place where I write and write, but no one listens to my stories. Now I feel like I have a tale that people are actually interested in hearing. It kind of sucks how I came upon this story, but it has happened, so I might as well make the most of it. At this point I've basically finished penning the first half of the first season. I've included a preview of episode five's script. It's the first episode of the mid-season two-parter, "Kelly." I've also finished the seasonal outline. The outline has been a source of much internal debate, but I've come the the decision of where season one should end, and where I will start season two, which I am committed to producing for 2016.

This year started out real shitty. Basically, the most troublesome experience I've ever endured in 25 years. Now things are looking brighter. Having this creative outlet has turned around my attitude. I'm still scared and furious, and there's a chance the tumor might grow back. I still might be facing radiation. I don't know if I'll ever feel as safe as I once did. My life has changed dramatically, but at least I have something I can do about it.