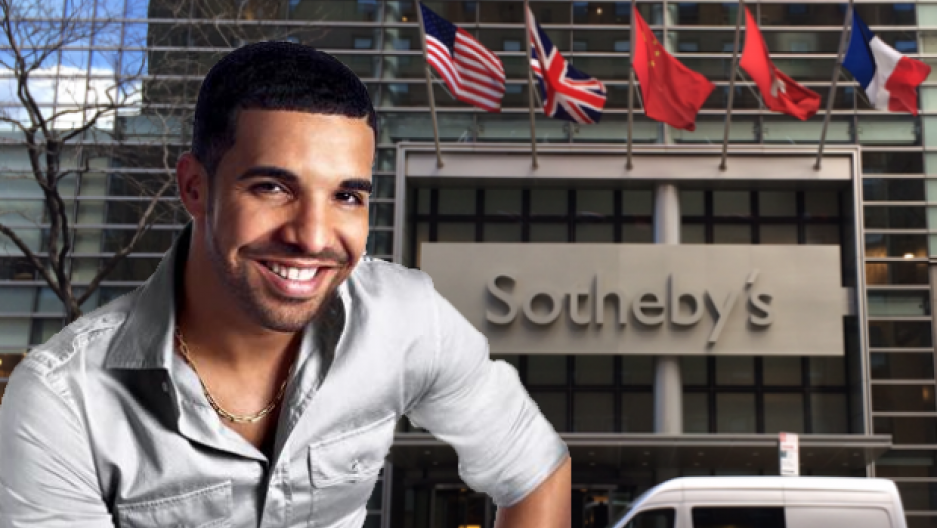 Just months after dropping his own mixtape, If You're Reading This It's Too Late, Drake was asked to make a more traditional collection of music for the auction house Sotheby's. In "I Like It Like This," everyone'sfavorite Canadiansets songs by Rihanna, Riff Raff, Chief Keef, and yes, Drake, to contemporary art byAfrican-American artistsfrom Basquiat to Bearden. About half of the artworks in the show have an iPad set up in front of them with a single pair of temperamental Beats By Dre headphones attached, through which one viewer at a timecan listen to Drake's pairings. The exhibit allowspeople who wouldn't usually set foot in a Sotheby's and people who wouldn't usually set foot in a Drake mixtapeto look at art through the eyes and earsof one of hip-hop's biggest names.

Walking through the exhibit, one is faced with several questions: Did Drizzyget paid in Kara Walkers?Is Sotheby's trying to build 99% percent interest inthe 1%'s playground? Is this a cunning attempt todrum up way more publicity than usual? Yes to all. Maybe to the Kara Walker thing. 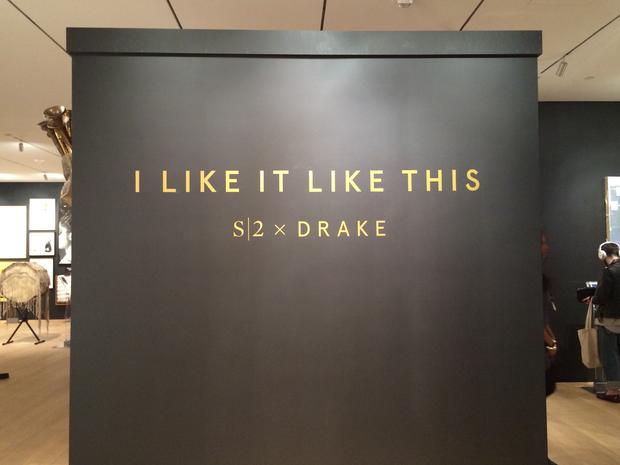 This is how Drake likes it
(Sean Rameswaram) 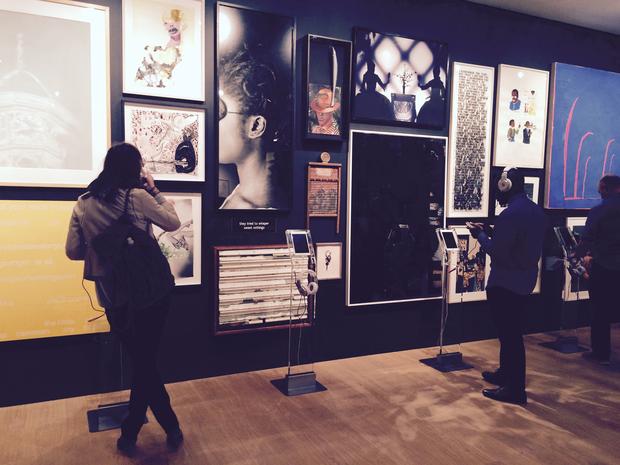 Unlike fellow superstars Jay Z and Kanye West, Drake is not particularly known for being aconnoisseur or collector of fine art. But according to a Drake spokesperson, he "draws a lot of inspiration from visual artists."Inspiration isn't going to get you a show atMoMA, but now we know if you play your cards right, it might get you an exhibit of privately held artwork at Sotheby's.Drake can't reallyfail at matching contemporary art to contemporary musicbecause it'sallpretty subjective. Still, he did choose to showcase a few too many of his pals... and in one case even himself.

"I Like It Like This" is open to the public at Sotheby's in New York City through June 12th. Here's a glimpse of what to expect:

(Editor's Note: According to Sotheby's, there was an initial mix-up between song and art pairings that has now been corrected. Musicand artwork combinationspresented in this post donot reflect the current exhibit.) 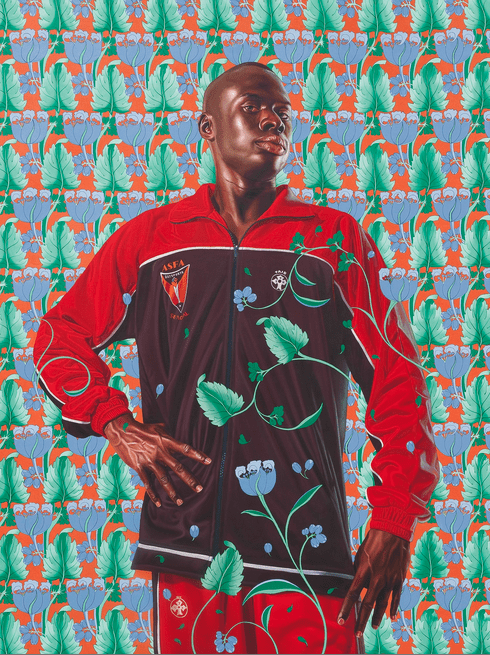 Jay Z and Kanye West often reference theirartcollections and no exhibition on "black contemporary art" is complete without Kehinde Wiley. It doesn't really matter if the song goes with the art --- at this point it's all about the meeting of giants. Does Drake know how logical this pairing is? Maybe. 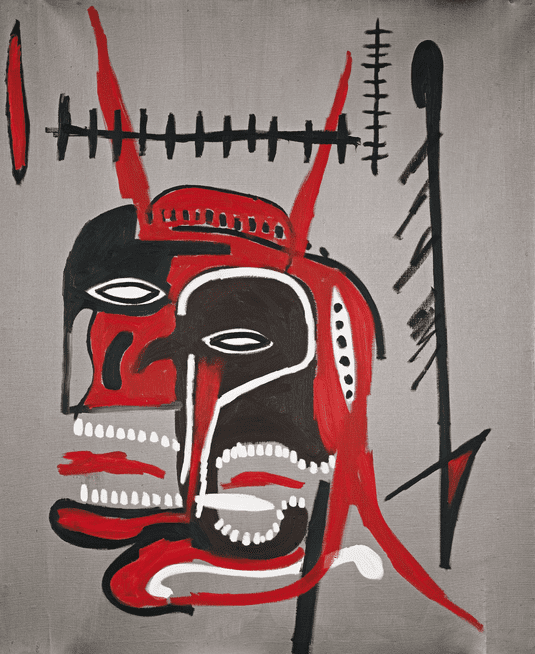 A song aboutdemanding payment fits perfectly in a Sotheby's gallery, but none of the staff looked ready to get aggressive in collection. Is Rihanna the only female in Drake's iTunes library?She's certainlythe only female musician he included inthe exhibit. 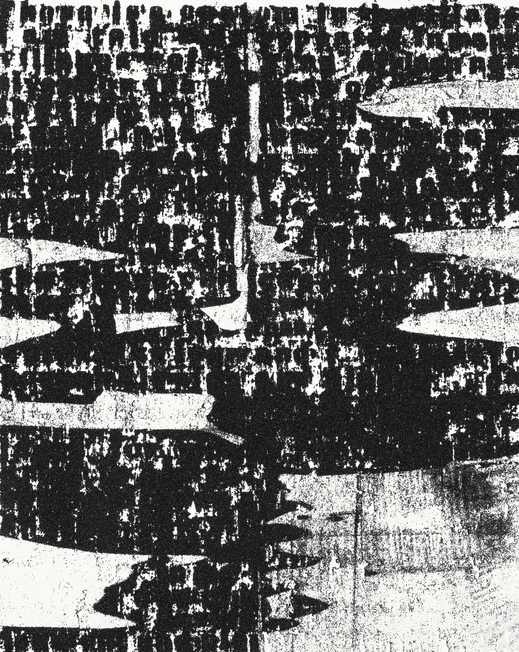 It seems like Drake needed to include at least two people who weren't his friends in his musical selection. And Robert Johnson is the man, but choosing RoJo to play alongside Glenn Ligon's powerfulpiece is a little disorienting.Why, Drizzy? What are you seeing that I'm not? 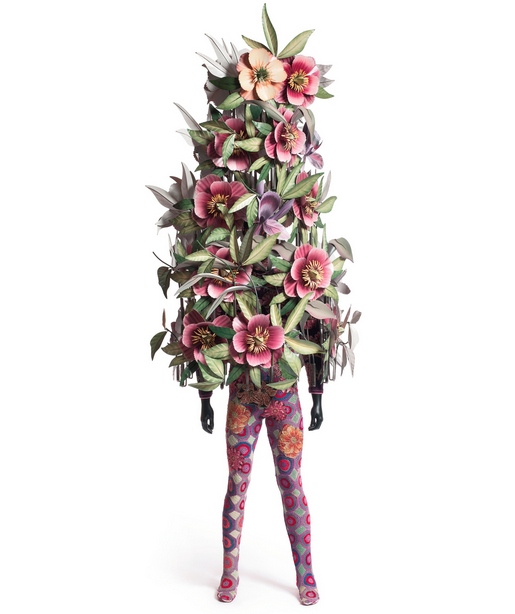 As I walked up to Nick Cave's Soundsuit, I thought, "Yep, of course it would be Riff Raff." They're just both so... colorful. 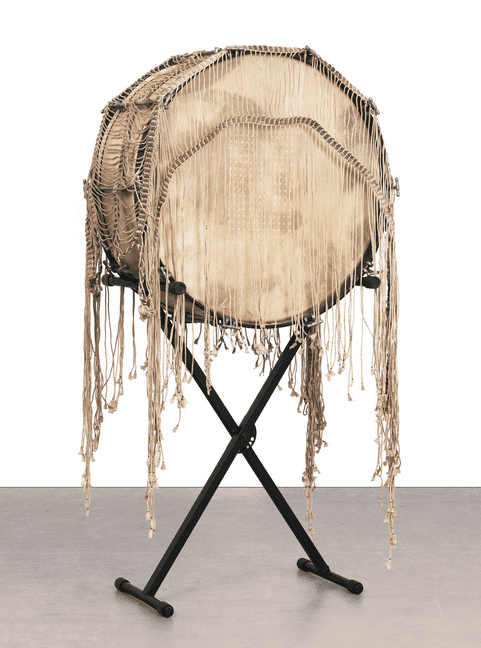 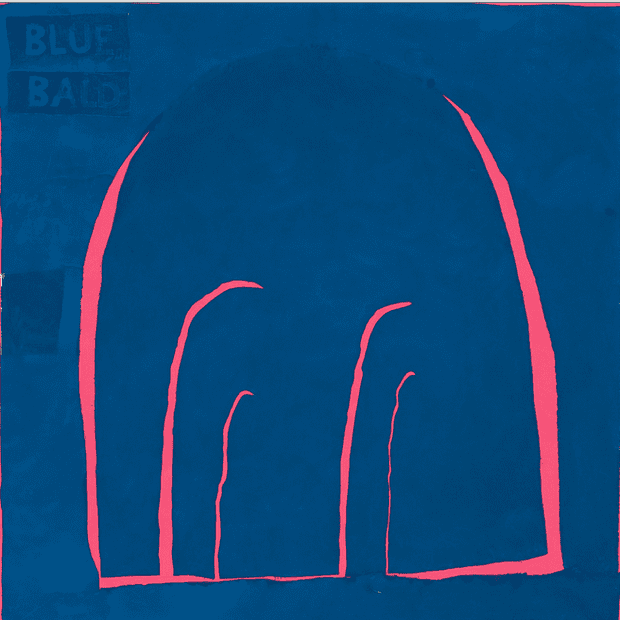 Like everything else, Kendrick Lamar wins this exhibit, too. It works with Trenton Doyle Hancock, but I could have listened to this song while looking at every single piece in the room at Sotheby's --- each one asking us to question our assumptions aboutrace, class, and gender. King Kendrick might do a much better job of scoring an exhibit.Too bad hewould probably never even place a bid.