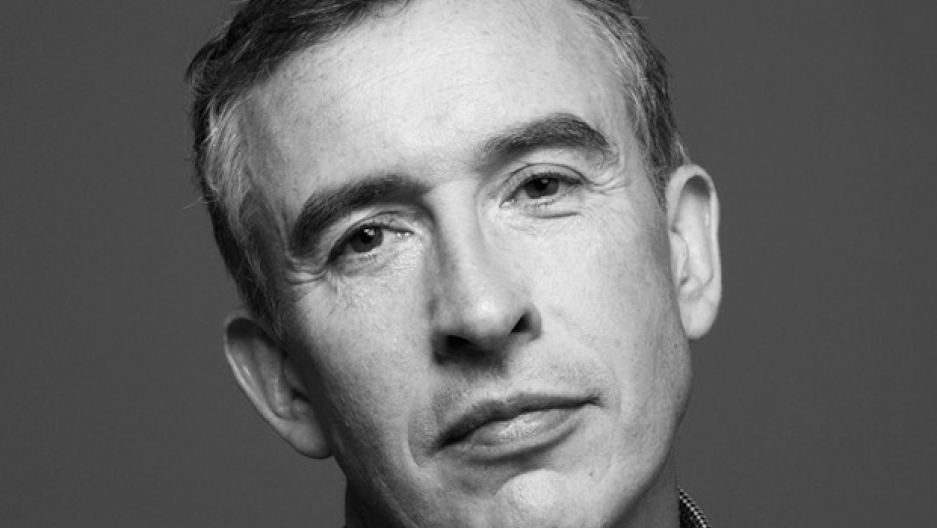 In the new television show Happyish, Steve Coogan plays Thom Payne, a middle-aged advertising executive who suddenly finds himself behind the times. His firm has been bought and his new bosses are a couple of millennials from Sweden. His disinterest in social media might get him fired. And his anti-depression medication is interfering with his marriage. Thom is the kind of character Coogan specializes in: dissatisfied, cynical, and acidly funny. According to Coogan, that fits the British sensibility he grew up with. "We like and celebrate people who are failures, who are frustrated and malcontented and haven't achieved what they wanted to achieve," he tells Kurt Andersen.

It's a personality type Coogan knows well. He's most famous in Great Britain for his character Alan Partridge, a second-rate talk show host (in the BBC talk-show parody Knowing Me, Knowing You with Alan Partridge) who retreated to radio (in the sitcom I'm Alan Partridge and the 2013 feature film Alan Partridge). Partridge tries to cover his cluelessness and insecurity with arrogance, which makes him an "unselfconscious fool" who never realizes he's the butt of the joke, Coogan says. Another character, Tommy Saxondale (of the BBC series Saxondale), is a former rock roadie turned pest exterminator who still thinks of himself as a rebel. Unlike Partridge, Coogan says Saxondale "was smart enough to understand when he was being funny ----sometimes."

In the films The Trip and The Trip to Italy, Coogan played himself opposite fellow comedian Rob Brydon as the pair traveled across the north of England and Italy's Amalfi coast and ate at fine restaurants. Coogan's character in The Trip movies is frustrated with his lack of fame in Hollywood and his close identification, in the UK, with the infantile comedy of Alan Partridge. There's some truth in that characterization, Coogan says. "Rob Brydon and I ----we knew each other quite well, so we would press buttons that are really our personalities," he tells Kurt. "We had to shake hands and say, 'Look I'm going to say stuff that's going to make you uncomfortable, you can't take it personally.'"

In 2013, Coogan co-wrote and starred, with Judi Dench, in Philomena, a drama based on a true story about a woman searching for the child she gave up to a convent as a teenage mother. Coogan's role, as a journalist helping Dench's character in her search, was a departure for the actor. "For me, that was a labor of love and something I wanted to do to escape from just doing broad comedy," Coogan explains. And if it felt like a stretch, that's a good thing. "I think it's a barometer of a good choice if there's the potential for something to fail."