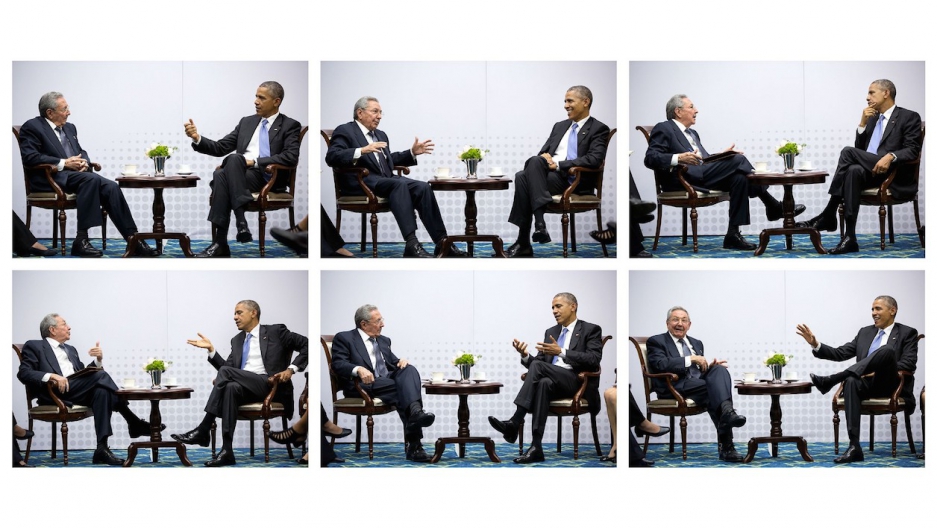 Editor's note: The two countries have now cleared a couple of big hurdles. On May 29, the United States removed Cuba from its state sponsors of terrorism list. Then on Wednesday, July 1, President Barack Obama formally announced new the countries will open embassies later this summer. The following article, originally published in April, explains some major obstacles that remain.

MEXICO CITY — Since President Barack Obama and President Raul Castro declared in December that they were going to reset Cuba-US relations, things have moved faster than most imagined.

Cuba released 53 political prisoners. The United States loosened its restrictions to allow more Americans, like Conan O'Brien, to visit the island and some of their credit cards and favorite Netflix shows to work there.

Then on Saturday in Panama, Obama and Castro gave a smiley handshake for the cameras. They also held their countries’ first face-to-face presidential meeting since Dwight Eisenhower met Fulgencio Batista in 1956.

Keeping that momentum, on Tuesday Obama announced he wants to strike Cuba from the list of state sponsors of terrorism.

More from GlobalPost: 5 signs that Cuba is already very open to Americans

But big barriers remain. Washington maintains a trade embargo on most Cuban goods. Over in Havana, power is still in the hands of a communist one-party state.

Here’s what has to come next for Obama to win his legacy as the American president who brought Havana back into the fold.

Obama’s announcement Tuesday gave US Congress 45 days to consider his plan to drop Cuba from the list of states Washington accuses of sponsoring terrorism.

The US put Cuba on the list in 1982 when the island nation backed guerrilla groups across Latin America and Africa. Cuba is also accused of harboring members of the Basque separatist group ETA, which set off bombs in Spain.

But Havana’s calls for worldwide revolution have largely disappeared.

Cuba is helping with peace talks between Colombia’s government and one of the region’s few remaining guerrilla forces.

Cuba is one of four countries on the terror list alongside Iran, Sudan and Syria.

It appears unlikely opponents will be able to gain majority support in both houses for a resolution to block the move.

2) The US opens an embassy in Havana, and vice versa

Cutting Cuba from the terror list would open the door to other decisive actions. The first is expected to be for the United States to open an embassy in Havana and Cuba to open one in Washington.

The two nations currently only have missions with limited consular services.

Active ambassadors would provide a strong and constant line of communication.

The choice of US ambassador could also be of debate; the president would make that call but it would have to be approved by the Senate.

The big enchilada for normalizing Cuba-US relations is to lift the trade embargo. (Here's some background on it.)

There’s high expectation that Obama will propose to scrap the Cuba sanctions. That would create a fierce debate in Congress, where power lies to make the changes.

But if Obama succeeded in passing new rules, it would open the door for US companies to pour onto the island, and millions of ordinary US tourists to visit.

4) Obama visits Havana — or does Castro head to Washington?

The icing on the cake could be an Obama visit to Havana. Or perhaps it could be a Castro visit to Washington. Either way, expect the trip to be more style than substance.

The media impact of Obama walking through c﻿olonial Old Havana and talking to a crowd of Cubans would be off the chart. It would be a symbolic victory for Obama in securing a foreign policy legacy in this one key area.

More from GlobalPost: The Cuban expats are celebrating — the ones in Mexico, that is