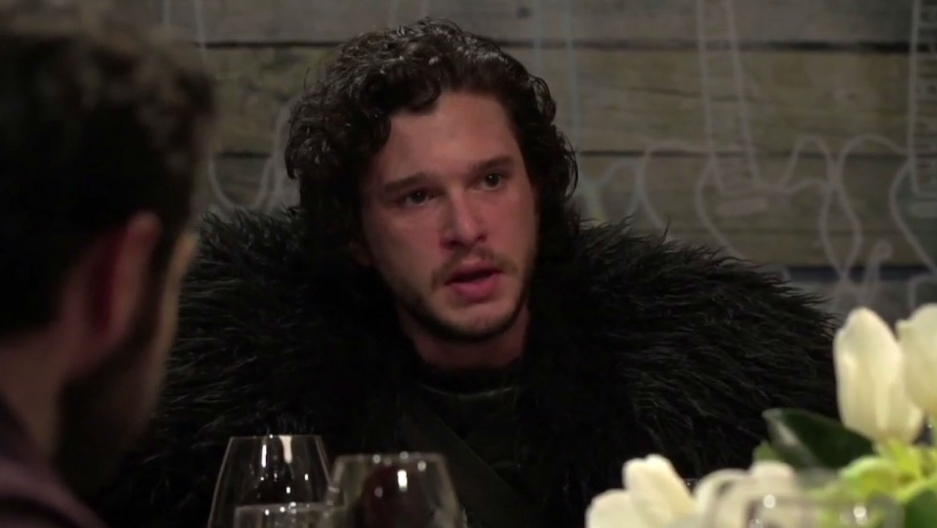 This week in "Thanks, Internet" ---just the scent of newGame of Thronesepisodeswas enough to throw the internet into a tailspin. Seth Meyers,Sesame Street, Key (and his buddy Peele) helped.

***SPOILER CITY IS SECONDS AWAY IF YOU'RE NOT CAUGHT UP***

As fans of the show are well aware, Jon Snow knows approximately bupkisabout how the world works, and that includes dinner party etiquette. This week, Seth Meyers was nice enough to introduce the handsome bastard (his words, not mine) to a few of his friends. It didn't go well.

2. All Newspapers Must Die 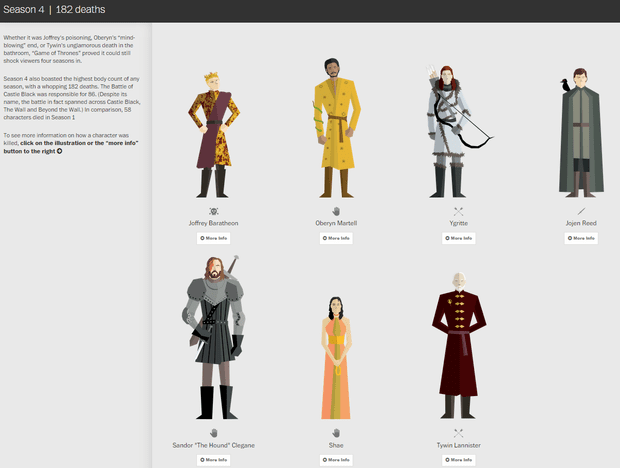 WaPo offered some flashy GoT recap this week
(Washington Post)

Remember when theWashington Post was struggling? Then that one guyfrom Amazon bought the paper and everything started to get better? Well, now they can finally publish the illustrated guide to all 456 on-screen deaths inGame of Thrones. It's beautiful, trenchant, and might one day be part of a Journalism 101 syllabus.

4.Can You Tell Me How To Get, How To Get To Westeros

Fun withGame of Thronesisn't solely the domain of late night television, legacy media, andfanboys:Sesame Streetcan get in on the action, too. While keeping it totally safe for the kids, Grover and a gang of strikingly familiar characters play an strikingly familiargame of... thrones. It's called musical chairs. Let's hope kids don't want the real thing anytime soon.

5.All men must recap. But some men rerap.