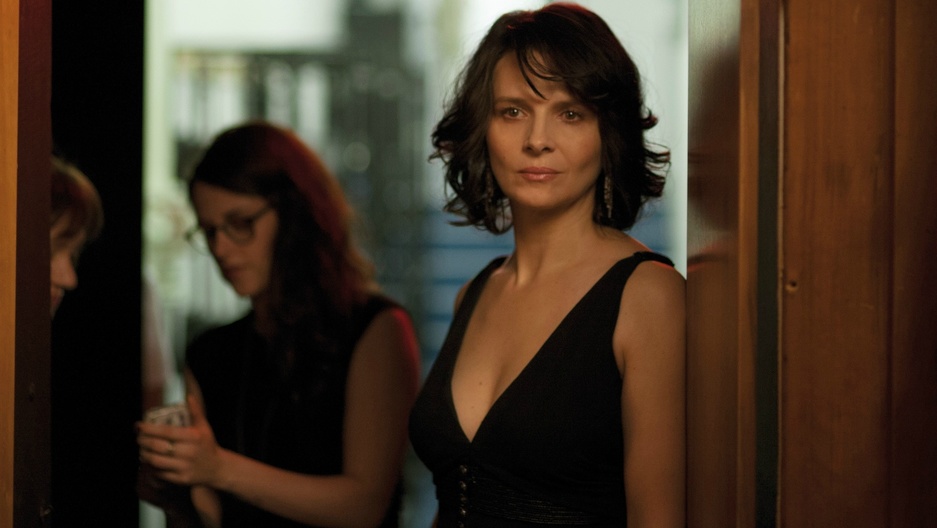 Juliette Binoche is the go-to actress for roles that are sensual but complex. The Unbearable Lightness of Being,The English Patient, Chocolat,Cach--- she has been a ubiquitous presence in European and art-house films for over two decades. In her latest movie, Clouds of Sils Maria, Binoche plays Maria, a successful French actress whose breakthrough was the role of an ambitious girl who manipulates and exploits her older female boss. Years later, Maria is asked to appear in a revival of that play --- this time, as the older woman. As Maria wrestles with the role, she faces an entertainment world that prefers tabloid-fodder stars to old-school actors like herself.

It's a sly Mbius strip of a movie in which reality blurs with fiction. Binoche, has famously turned down roles in blockbusters, such as Jurassic ParkandMission: Impossible.At one point, in the new movie, Maria rails against the paper-thin characters in Hollywood action movies, saying, "Been there, done that." Binoche says that line is one of the reasons she accepted a part in lastyear'sGodzilla--- so she could believably deliver that Hollywood diss. "Things come to you in a mysterious way," Binoche tells Kurt Andersen.

Binoche won an Academy Award in 1997 for her role inThe English Patient, in which she played a nurse who looks after a badly burned man during World War II. But she then retreated to Europe and turned down several Hollywood movies. "There's a sense of guilt when you're successful in France," she laughs.

Binoche has worked with many legendary directors --- Jean-Luc Godard, Michael Haneke, and Krzysztof Kielowski, to name a few --- and toys with the idea of directing a movie herself. In the meantime, she likes staying on set and watching the technicians at work. "Instead of going away to the trailer or dressing room, you stay and you see how the shot is going to be decided," she says.