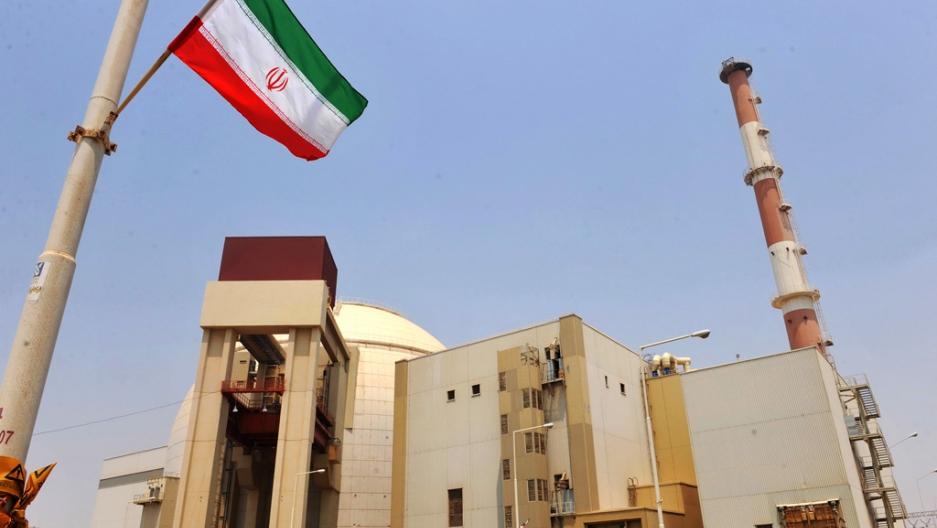 A view of the reactor building at the Russian-built Bushehr nuclear power plant as the first fuel is loaded, Aug. 21, 2010 in Bushehr, southern Iran.
Credit: Handout
Share

The world’s major powers and Iran have reached a “historic” deal in the decades-long standoff over the Islamic republic’s nuclear program.

The deal, agreed after 18 days of intense negotiations with the United States, Britain, China, France, Germany and Russia, will see Iran curb its nuclear program in return for relief from a punishing sanctions regime.

Iran's President Hassan Rouhani said the deal heralded "a new chapter" in his nation's relations with the world.

President Barack Obama insisted that the deal would prevent Iran from gaining a nuclear weapon, saying that "is not built on trust, it is built on verification."

The P5+1 — the United States, Britain, France, Russia and China plus Germany — and Iran have been negotiating on and off for nearly 10 years.

Among the key terms of the agreement are requirements for Tehran to dismantle most of its installed centrifuges and open its nuclear facilities to rigorous inspections by the International Atomic Energy Agency.

Once Iran has fulfilled its commitments — and that will be up to the IAEA to determine — the United States and the European Union will suspend crippling sanctions that have targeted, among other things, Iran’s trade, investment, financial institutions and crude exports.

To understand how the P5+1 and Iran were able to reach this week’s agreement, GlobalPost has pulled together a timeline of 11 key events that have marked the long and difficult journey.

1987 — Iran obtains design plans for a P-1 centrifuge, which is used to enrich uranium.

August 2002 — The National Council of Resistance of Iran, an exiled opposition party, reveals the location of two nuclear sites at Arak and Natanz.

June 2003 — Britain, Germany and France, known as the EU-3, begin negotiations with Iran over its nuclear policy. Four months later Tehran agrees to cooperate with the International Atomic Energy Agency and suspend its nuclear enrichment program.

August 2005 — Pro-nuclear Mahmoud Ahmedinejad is elected president of Iran. The deal with the EU-3 unravels after Iran begins making uranium hexafluoride and Ahmedinejad tells the United Nations that his country has the right to develop “peaceful” nuclear technology.

February 2006 — The IAEA votes to refer Iran to the United Nations and soon afterwards Iran reveals it is enriching uranium.

June 2006 — The P5+1, made up of the United States, China, Russia, Britain, Germany and France, is created. It proposes a “framework for an agreement” aimed at stopping Iran’s uranium enrichment activities. Two months later Iran largely rejects the proposal.

2006-2010 — The United Nations, United States and the European Union impose sanctions against Iran that are expanded over time, touching on trade, energy, financial services, transport, visa bans and asset freezes.

June 2013 — Hassan Rouhani is elected president of Iran. Shortly after taking office he calls for the resumption of “serious negotiations” with the P5+1 members.

September 2013 — President Barack Obama calls his newly elected Iranian counterpart, marking the highest-level contact between the United States and Iran since 1979 when the two countries broke off diplomatic relations.

November 2013 — Iran and the P5+1 sign the Joint Plan of Action, a first-step agreement toward reaching a comprehensive nuclear deal. Under the terms of the arrangement, Iran agrees to restrict developments in its nuclear program, reduce its stockpile of highly enriched uranium and allow greater access to IAEA inspectors in return for an easing of sanctions.

April 2 — After eight days of talks, Iran and P5+1 negotiators in Lausanne reach a “framework agreement” to further reduce Iran’s nuclear capabilities and ease sanctions against the country.

July 14 — A final agreement is reached.