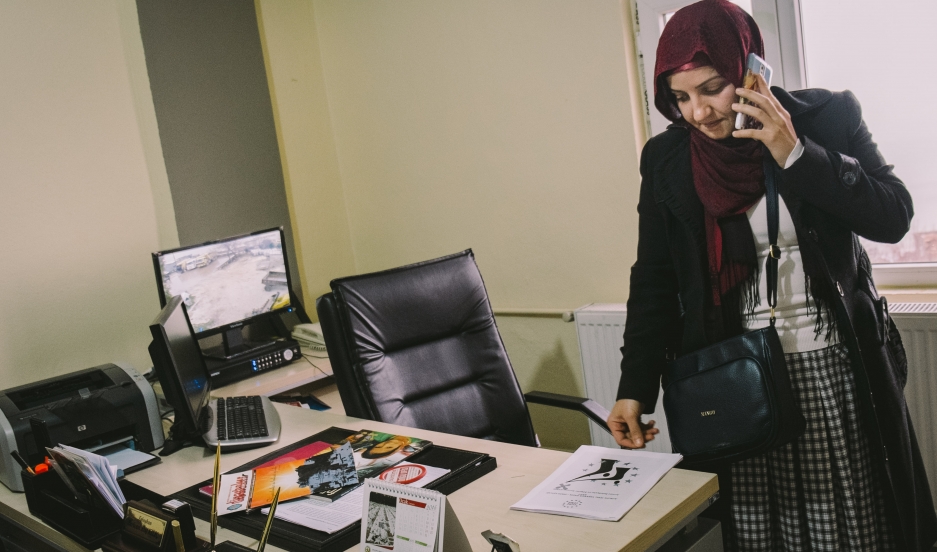 One year in to her term as co-­mayor of Kocakoy, Kilic is not interested in talking about her painful past. “I am strong...I am not a victim,” she declares in between phone calls in her office.

Turkey may be a democracy, but it’s a democratic system that mostly leaves women out of the picture. Of the 1,395 mayors elected a year ago across Turkey, a grand total of 37 were women.

In the mostly Kurdish areas under its purview, the minority Peace and Democracy party has appointed 46 women to act as co-­mayors with their elected male counterparts. One of them is 34-­year-­old Berivan Elif Kilic, chosen as co­mayor of Kocakoy, a sleepy village of 17,000 people located on the climb up to the mountains in southeastern Turkey.

Put More Women on the Map

A non-profit, called SPARK, is working with Google on a project to map notable women around the World. If you download their 'Field Trip' App, your phone will buzz when you approach a place where a woman made history. We tried to add Berivan Kilic's election as Kocakoy's first-ever female leader to the map, but they are currently asking for women who are not still living.
Add a woman who inspires you

More than half her life ago, Kilic’s family entered her into an illegal marriage with a relative. At age 28, she escaped the abusive relationship with two kids in tow.

When she took office as co­-mayor last year, the media focused mostly on her dramatic backstory. But visiting her a year into her term, it’s clear Kilic is not interested in talking about the past. “I am strong ... I am not a victim,” she declares in between phone calls in her office. Kilic’s male co-­mayor is also the village imam. That means he also has to conduct Friday prayers at the mosque and tend to people’s religious needs, so sometimes Kilic is on her own.

“In the 11 months since I’ve been mayor, I’ve been in town 11 days,” Kilic explains of her busy schedule. “I try to take care of my constituents’ needs over the phone.”

Kocakoy is one of the many villages that has taken in refugees from northern Syria and Iraq, so the mayor devotes much of her time getting displaced Syrians and Iraqis what they need. She just got back from a month­long trip to Turkey’s nearby border with Syria, where the battle against ISIS rages on. 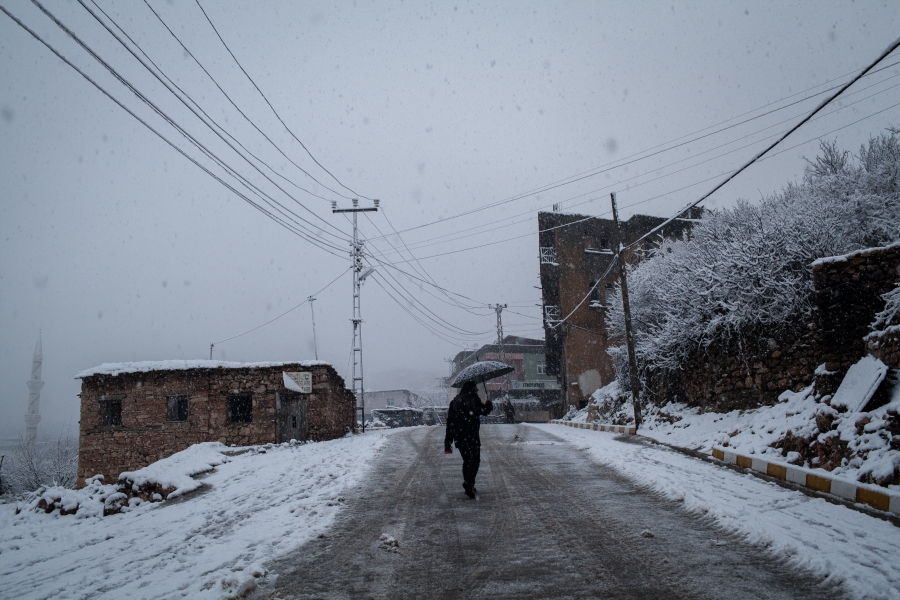 A man walks through the snow covered streets of the old part of the town of Kocaköy, Diyarbakir province, Turkey.

By simply doing her job well, Kilic has a wider goal: changing the way Turkish and Kurdish societies think about what women can do. Traditionally, women here are “thought of as someone's mother, or wife, or daughter, or girlfriend. She's always thought of in relation to someone else,” Kilic says.

That’s true on the national political level as well as the local one, says Zeynep Alemdar, co­founder of a Turkish Women in Foreign Policy group, an initiative dedicated to getting more women involved in policy­making. Alemdar says it is basically impossible for women to be taken seriously as candidates in Turkey.

“[W]e are always required to have a better education, better language skills...we have to be better at everything,” Alemdar explains. “If you just look at the [resumes] of the female parliamentarians...all of the women are much better educated than men.”

See the start of her political journey

Dalia Mortada chronicles Kilic's first days on the job, after she was elected co-mayor of Kocakoy a year ago.
More on Kilic's story

If that were not enough, Alemdar continues, it often takes a powerful husband or father to get women a political nomination – and even then, women are usually restricted to making decisions in the domestic realm. Turkey’s only female cabinet member heads the Ministry of Family and Social Policy.

But many of the new co­-mayors haven’t followed this narrow path of Turkish women in politics, which is what makes them so unique, Alemdar says. She’s also pleased that women like Kilic are refusing to fall into another trap for women here, that of the “martyr” who deserves pity.

“What she has gone through in her personal life doesn't matter, but she learned from that and actually went to a different tangent and decided to do something else and good for the community as well,” Alemdar says.

For her part, Kilic hopes to create more infrastructure to help other women in Kocakoy and beyond: a women’s community center, for instance, and a bazaar where women can sell goods. But she doesn’t intend to hold office beyond her five-­year term — she’s also trying to get the high-school degree she couldn’t attain after being married off as a teenager. And then she wants to go to university.

Besides, she says, there’s no dearth of other qualified co-­mayors.

“I want other women to take over after I’m done,” Kilic says.