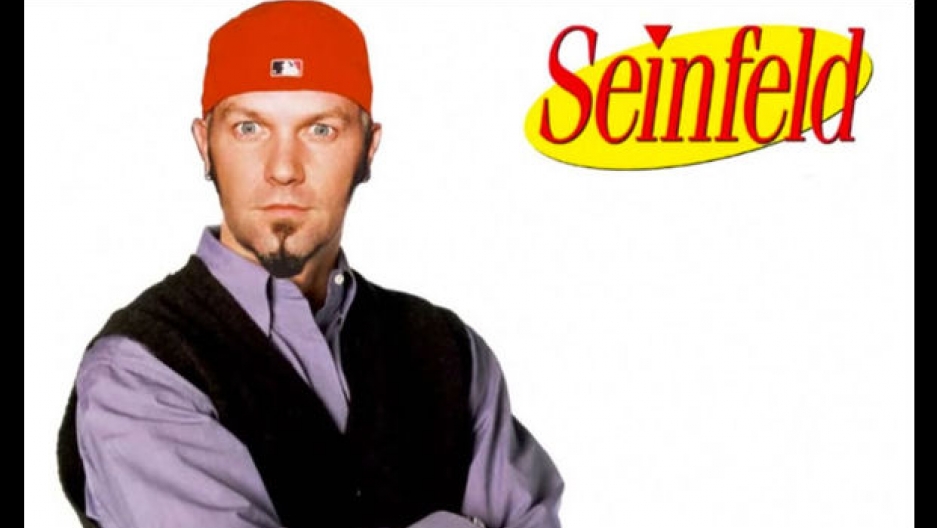 Internet, you never cease to amaze us with your reliable abundance, especially when it comes to Seinfeld. From iconoclasticTim & Eric--style parody videosanda Twitter accountdedicated to bringing the wacky antics of Jerry and co. into the modern day, to anappearance in the Australian parliamentand even an onlinegamefeaturing a cover of the theme song byEzra Koenig (of Vampire Weekend), it seems everything, at one point or another, is about nothing.

Now, the world wide interwebs has hooked onto ---well, the hook, taking the familiarSeinfeld theme song with all its ba-dup-be-dap-bap slap bass and laying it under the most unexpected pop pairings.

We were initially introducedto the marriage of Seinfeld and song when a YouTube user uploaded "Break Nothing,"putting Fred Durst's lament about the "he says, she says" atop the theme song's bouncy bass beats. But little did we know that Limp Bizkit was just the beginning.

Recently we learnedaboutanother mashup making damn good use of the Seinfeld theme. This time it's under "King Kunta,"the epic, funk-sampling track from Kendrick Lamar's just-dropped To Pimp a Butterfly:

We know: at first blush, Jerry Seinfeld plus K.Dot sounds like the unlikeliest of matchups. But the way the two somehow work together is downright uncanny. Which got us thinking: is this a thing? We've all been Rickrolled before, but are we now about to get "Jerry rolled"?

It's ODB and Jer-ry. (Probably best to leave the rapping to the professionals.)

Start with an emotional ballad (in this case, "My Immortal" by Evanescence). Add Seinfeld. The result, though not great, is still probably better than the original.

Fun fact: theSeinfeldtheme song was actually subtly different in each episode.In an interview, its composer, Jonathan Wolff, explained that he'd match the timing of the samples to complement Jerry's opening stand-up routine. That probablymakes life easier for the mashup artists, since there are already hundreds of custom-made Seinfeldthemes out there to work with.

What about you? Got aSeinfeld mashup in the vault? Here's your chance to be a re-gifter, but in a good way. And yadda yadda yadda...