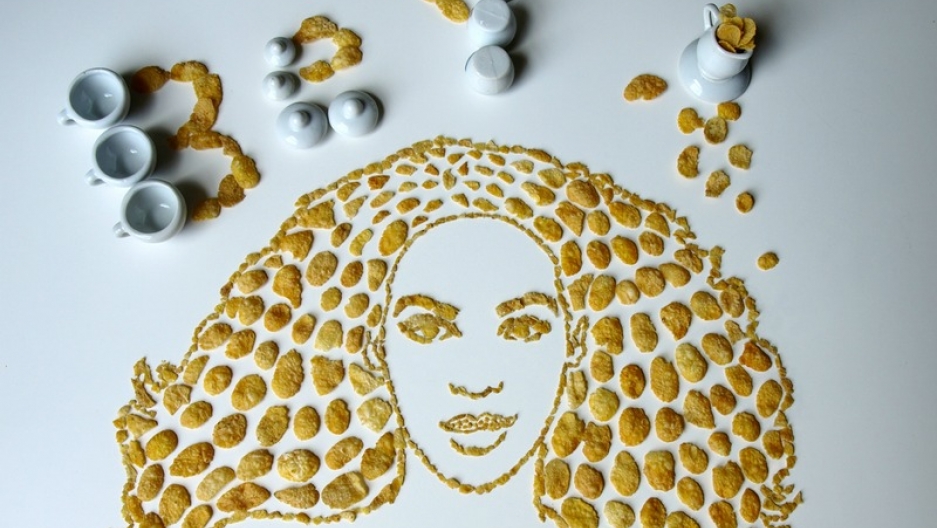 Rosado's medium might seem gimmicky, but the intricacy of assembly is what makes these images stand out. IfGeorges Seurat had FruityPebbles (and a camera) lying around, he might have ended up with something like this portrait of Pharrell: 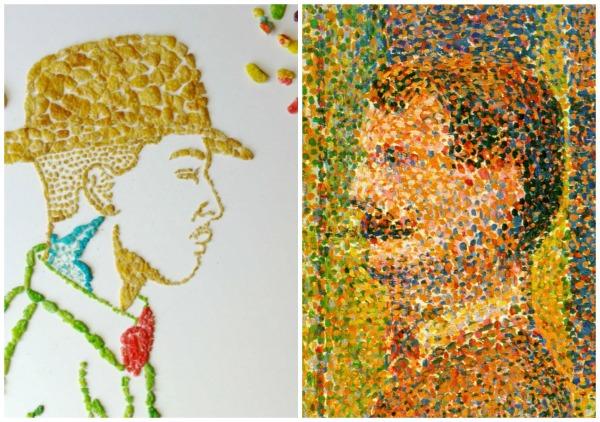 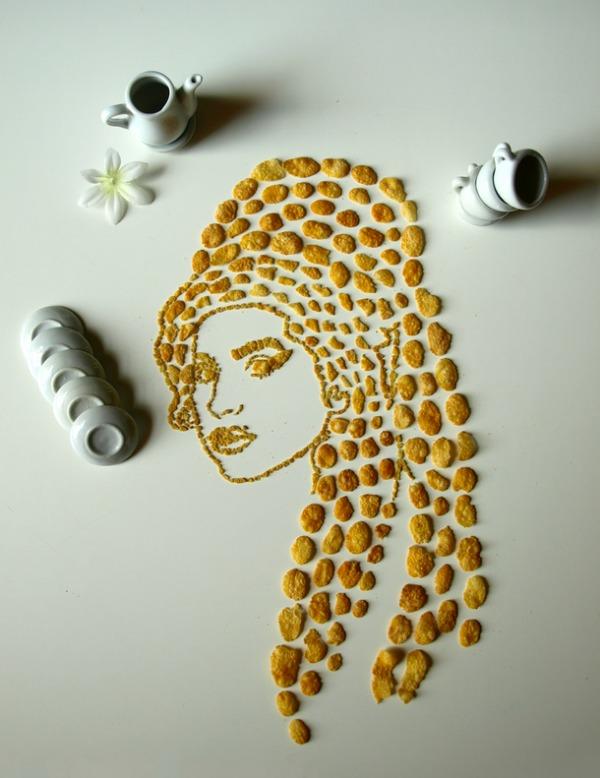 As far as her breakfast cereal portraits go, her personal favorite isa likeness of Alicia Keys. "I think I nailed that one," she says. Her love of cereal is more than an artistic choice. "I eat corn flakes almost every day," she says. "And I always add sliced bananas." But Rosado keeps her breakfast and art separate: she always buys one box for playing, and one for human consumption. 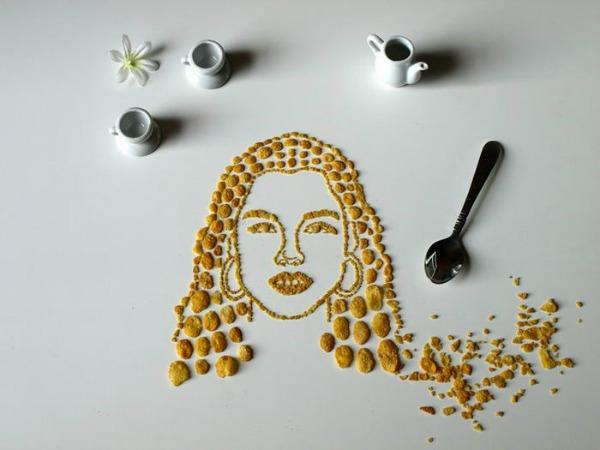 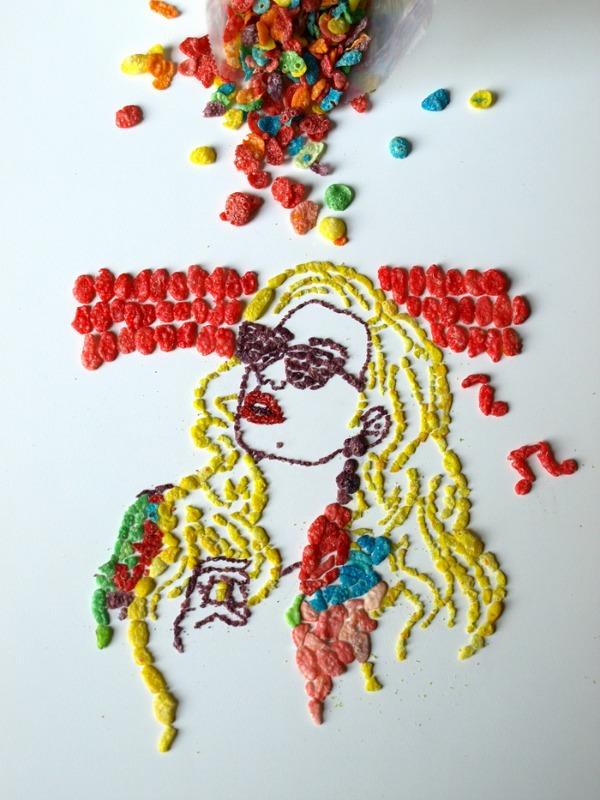 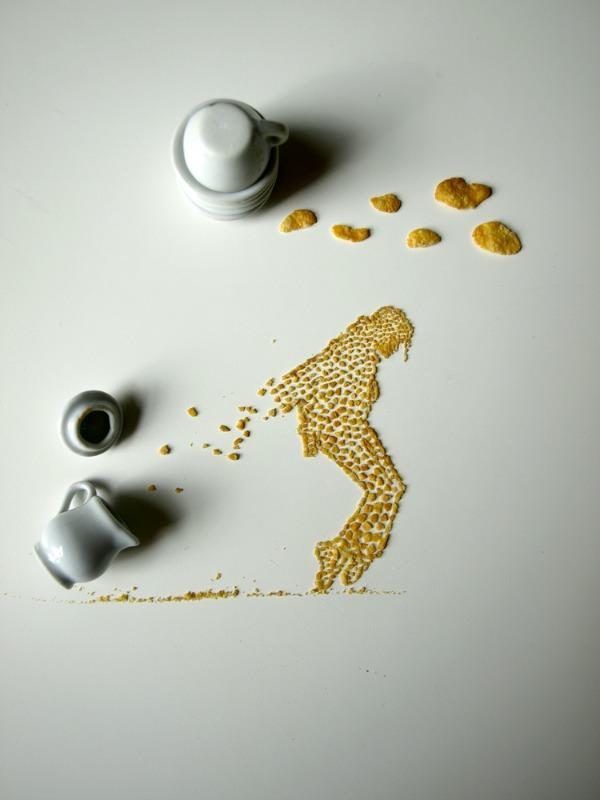 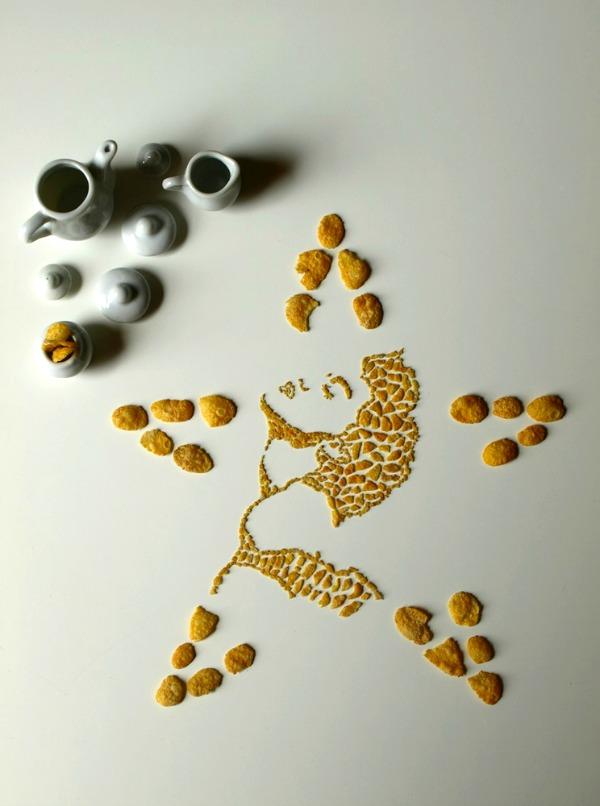 Madonna is a star at anyone's breakfast table
(Sarah Rosado) 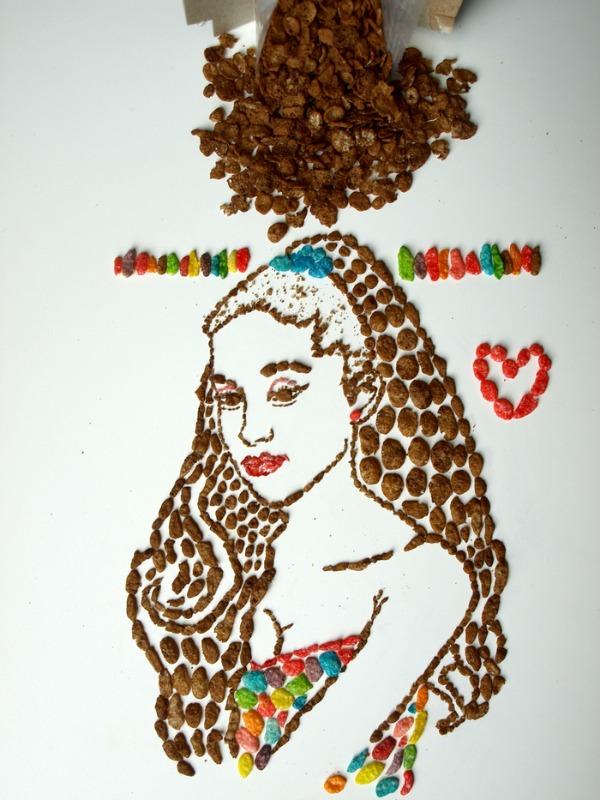