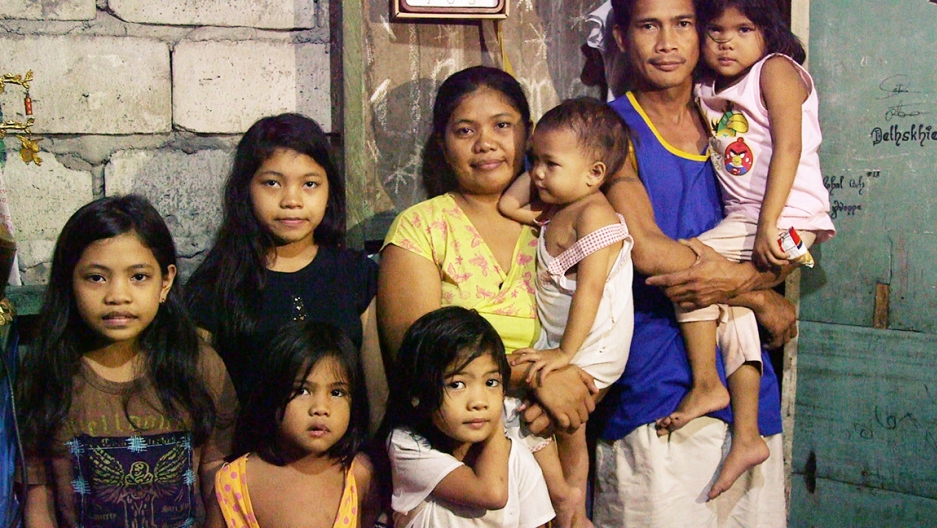 Ruzel Delovino (center) gave birth to seven children by the time she was 31 years old. Here, she’s pictured with her daughters and husband at home in Manila’s largest slum.

To Cruz, former president of the Catholic Bishops Conference of the Philippines, pills, IUDs, injectable progesterone and condoms don’t beat "natural family planning," which relies upon a women’s menstrual cycles for sex and abstinence.

The natural method has a 98 percent success rate if used absolutely perfectly, Breeden acknowledges. However, in real life, the success rate falls to 80 percent at best, says Breeden, a practicing Catholic and former president of the American Congress of Obstetricians and Gynecologists. “A 20 percent failure rate is just unacceptable,” Breeden says.

Even when a woman is carefully monitoring her menstrual cycle, the natural planning method is less successful, Breeden says, “in places where women don’t necessarily have the power to say no to their husbands or partners.”

“It requires education and training and periodic abstinence, and requires a certain amount of power that the woman must have to say we’re not going to have sexual relations this day. In many parts of the world that’s not an option that women have,” Breeden says.

Impoverished women I met in the Philippines couldn't agree more. 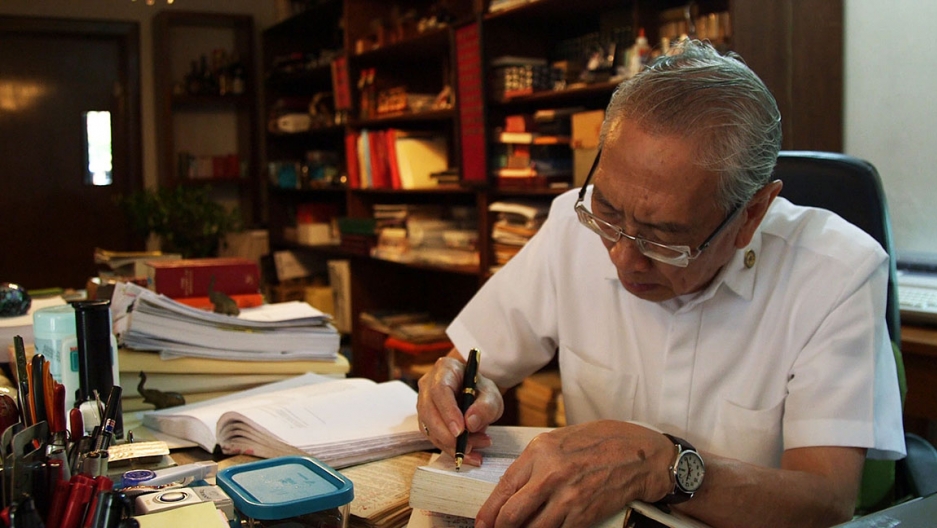 Archbishop Emeritus Oscar Cruz argues, "The human body is not made for contraception."

“Of course you can’t say no to your husband,” says Ruzel Delovino, a devout Catholic who lives in a crowded slum in Manila. “If you say no, you think that he will cheat on you with another woman.”

Family Planning: There's an App for that?

Delovino told me she wanted to have only three children. But now, at age 32, she already has seven. Her husband, Crisanto, is upfront about who should be the one to use contraception.

“The wife has responsibility to not get pregnant,” he says. “But children should be the decision of the couple.”

But Archbishop Cruz, sitting in his residence in an upscale neighborhood outside Manila, has strong words for husbands, too.

“You want to claim the right to have consummate relationship with your wife; you exercise the right, but you do not want the obligation,” he says. “You separate right from obligation. No, these two go together!”

The archbishop’s voice rises, distorting the levels on my recording. The challenge, though, is getting that family planning message all the way from the pulpit to the bedroom.

Sonia Narang reported from the Philippines with support from the International Reporting Project. See her piece on the maternity ward at Fabella Hospital in Manila and on a popular family planning clinic there. 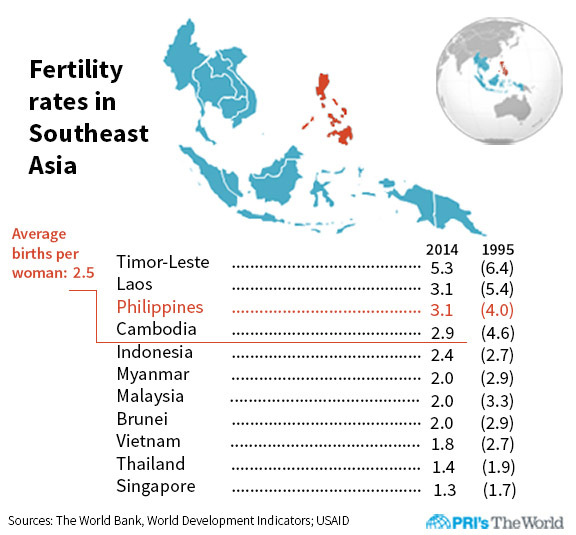