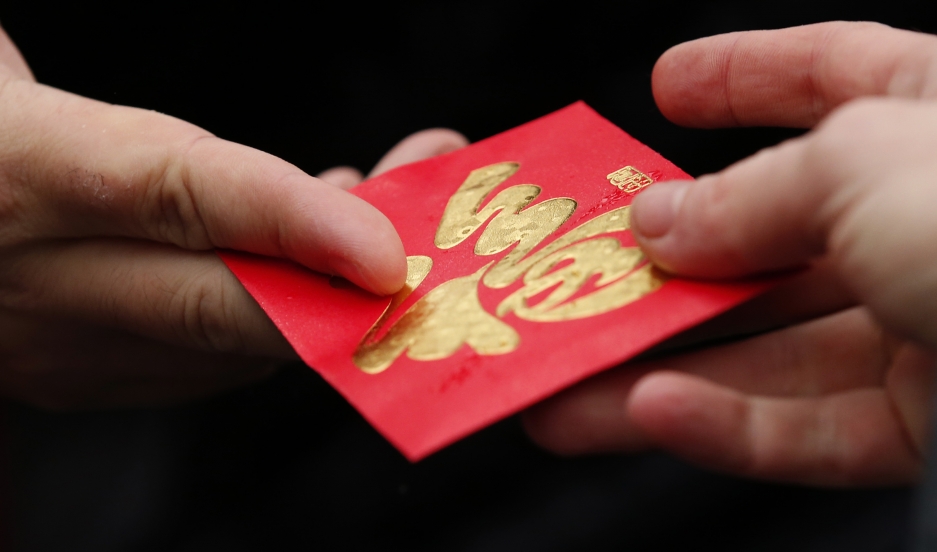 A red envelope is given out during Chinese Lunar New Year celebrations in Liverpool, England, on February 22, 2015.

The Chinese Lunar New Year is often spent with family, and married couples traditionally give red envelopes to unmarried relatives during the first days of the new year. It's meant as a gesture of goodwill, but it's also a dreaded moment for some gay and lesbian people.

On the eve of Lunar New Year, the group distributed special red envelopes in downtown Hong Kong containing three real-life stories illustrating how gay and lesbian people feel during the holiday. A rainbow-colored goat — 2015 is the Year of the Goat — was printed on the cover of the envelopes to signify the LGBT community's wish to enjoy the Lunar New Year celebration as straight couples do.

The group explained the rationale behind the campaign on Facebook, describing what the holiday season feels like for gay and lesbian people:​ 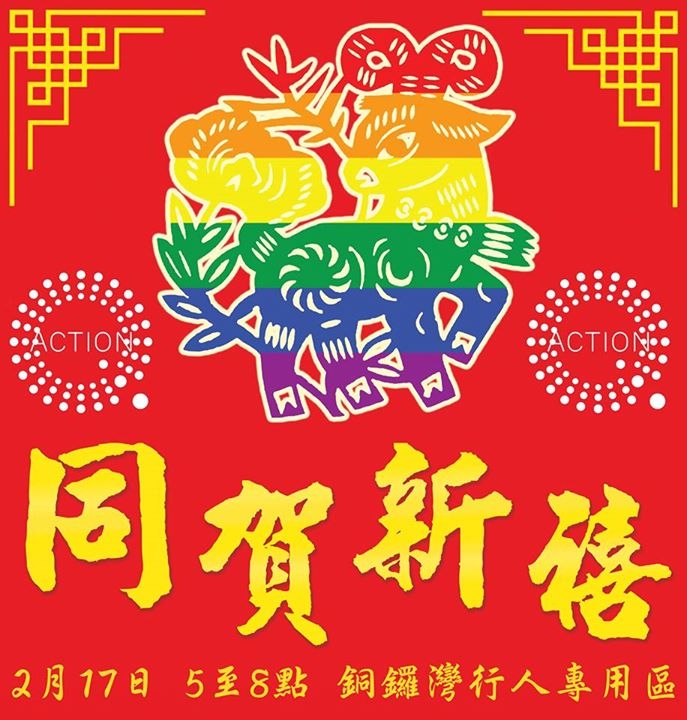 The red envelope distributed by Action Q is designed with a rainbow-colored goat — 2015 is the Year of the Goat — to signify the LGBT community's wish for acceptance.

The Lunar New Year is the most important Chinese festival. Spending time with family and visiting relatives are a major part of the season. Since ancient times, all of these activities have centered around the heterosexual family unit. […] Within families, gay couples cannot hand out red envelopes to junior family members and we don't have a proper way of addressing gay couples in extended families. For example, we don't know how to address our sister's wife. Gay couples are marginalized in the current family structure with a relatively low status. […] As for junior family members, they are usually asked about their love lives when visiting family. Most gay and lesbian people have to face a lot of pressure as they don't want to embarrass their parents in front of other relatives or some of them haven't even told their parents about their sexual orientation.

Two of the stories inside the envelopes recount all the embarrassing questions gay and lesbian people receive from relatives and friends during Lunar New Year. The most touching one tells of a mother inviting her son's partner to the year-end family dinner:

Mother knocked my door and handed me a warm honey water. She then said, “Son, we have the year-end family dinner, don't go out with others”. […] Every year we have the same dinner […] and my mother had never reminded me like this before. […] I turned my head to face her and we locked eyes for about a second, a very long second. I didn't know what exactly my mother wanted to talk about, but I had the feeling that it was a very important issue. My mother finally broke the silence and said, “If your friend has time, bring him home for dinner.”

As soon as I heard her voice and was able to process what she said, my heart began to jump like a deer and my hands began to shake on my thighs. I tried very hard to suppress my excitement and exuberance and answer with a calm voice, “OK, I'll ask him later.” Such a conversation was very difficult for my mother and I. The week I came out to my parents was filled with tears and confrontation. Then, for three years we avoided talking about anything related to homosexuality. The tension was so strong that showing any sign of emotion on our faces would end with us bursting into tears. [...]

After my mother left the room, I tried hard to hold in my tears while I called my boyfriend, “Sam, can you come to my house for the year-end family dinner?”

Currently, neither same-sex marriage nor civil unions are legally recognized in Hong Kong. Although more Hong Kongers still oppose same-sex marriage by a three percent margin, the trend indicates that society will eventually be ready to accept gay couples.

This story by Oiwan Lam was originally published by our partner Global Voices Online, a community of bloggers from around the world.