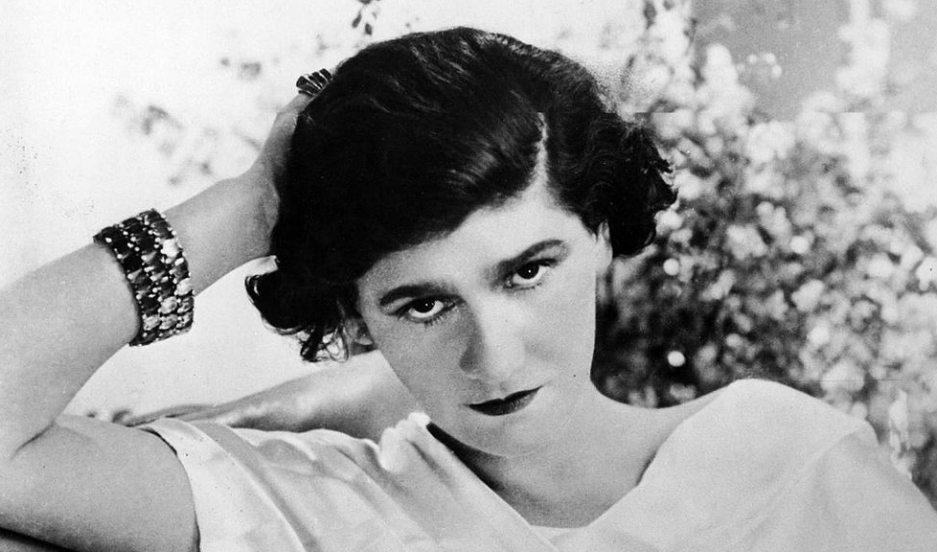 A biography raises a troubling side of the fashion legend Gabrielle "Coco" Chanel, portrayed here in 1920.

And — despite the fickle beauty industry — it has remained a top-seller ever since. It’s a name that has been whispered by Marilyn Monroe, Brad Pitt, and Catherine Deneuve.

But the rarely discussed story behind Chanel No. 5 is a tale of Nazis, American GIs, and a woman who may have been a double agent.

The woman was Coco Chanel, a brilliant fashion designer whose path to stardom ran through a French orphanage, singing halls, and the beds of aristocracy.

“She had really begun her career in what the French would call the demimonde, the kind of shadowy, half world of mistresses,” according to Tilar Mazzeo, author of The Secret of Chanel No. 5. “She was the second mistress of a very rich man. That was how she got her start.”

But in 1920, Chanel — already a successful fashion designer — made one of the most momentous decisions of her life. Sitting across from several bottles of test perfumes, she was drawn to bottle number five, a concoction that capitalized on the newly-understood chemistry of aldehydes.

To help her finance the perfume, Chanel partnered with French Jews — Pierre and Paul Wertheimer — whom she would later try to muscle out of the business. “She had a love affair with not just Hans von Dincklage, the Prussian-German officer and a fascist, but she’d also had a series of other men whose politics were quite far on the right,” says Mazzeo. “She used the laws of Vichy France to say that her Jewish partners should lose the company and it should be Aryanized.”

But both the Wertheimers and Chanel No. 5 decamped for America — and the perfume started being manufactured in New Jersey. Some bottles even found their way into military commissaries.

In August of 1944, when the American Army entered Paris, many GIs went straight for Chanel’s boutique, desperate to buy the remaining bottles of Chanel No. 5 for their wives and girlfriends.

But Chanel, who had worked closely with Nazis, suddenly became a pariah after the war. And that’s when an unlikely figure came to her rescue.

“It was the rumor at least,” says Mazzeo, “and I think it’s probably accurate, that Winston Churchill, who was her neighbor in the South of France, helped her flee … and, of course, there’s a very, very complicated history about whether she was a double agent for the British, which is possible.”

To most wearers of Chanel No. 5 — still one of the best-selling perfumes in the world — its controversial past is unknown.

Much of that history was eclipsed in 1952, when Marilyn Monroe singlehandedly changed the perception of Chanel No. 5. In an interview, she admitted that she generally slept in the nude. Except, she said, for “five drops of Chanel No. 5."

This story first aired as an interview on Innovation Hub with Kara Miller.