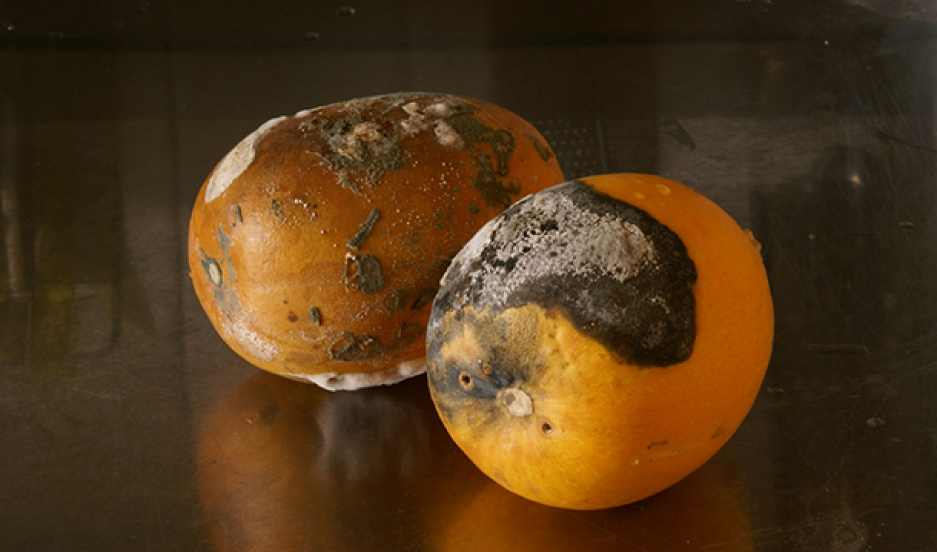 A third of the world’s food goes to waste, and most of the losses come from spoilage on its way to being consumed. The average piece of produce in the US travels 1,500 miles from its source.

As much as a third of all of the food produced by farmers around the world goes to waste, most before it even reaches a kitchen. Yet more than 870 million people on Earth don’t get enough to eat — and the carbon footprint of all that wasted food is enormous.

“It's hard to imagine a more inefficient system for such an essential resource,” says John Mandyck, the chief sustainability officer at United Technologies Building & Industrial Systems.

Mandyck is leading the push to expand and integrate the system known as the "cold chain” — the use of refrigerated containers, trucks and trailers to keep food cool as it travels from field to fork. He recently hosted the first World Cold Chain Summit in London recently, which aimed to spur a discussion on how to improve this network to reduce food loss.

Much of the waste is due to lack of proper refrigeration, especially in the developing world. Broadening and improving the cold chain would extend the shelf-life and increase the supply of perishable foods like meat, fruits, vegetables and dairy — essential products that are more difficult to preserve than grain or rice.

Food loss happens predominantly in two places, Mandyck says. In the developing economies, food often doesn't even make it out of harvest: It rots in the field due to poor transportation infrastructure. If the food does get transported, it's often to an outdoor market, where it rots before consumers buy it.

A new and improved cold chain must start at the farm, Mandyck says. Farmers need cold rooms so their products don’t rot before they can move them to market; moving food to a production facility requires a refrigerated truck or trailer; at the production facility, food must be maintained at the proper temperature; and, finally, in a retail setting — a grocery store or a corner market — food must be maintained in refrigerated cases, so it won’t rot before it is bought.

All of this is a huge challenge in many parts of the world where electricity is unreliable or non-existent. Improving this network and providing the power required to sustain it requires both technological innovation and financing, Mandyck say. Technology providers must scale new innovations, such as solar-powered batteries for refrigerated trucks, to meet the scale of the need.

The second place food waste happens is in developed markets, where “about one-third of our food is lost because we buy too much and we throw it away,” Mandyck says. In addition to the tragic waste of food in the midst of global hunger, all this waste and inefficiency exacts a huge toll on the Earth’s climate.

“It's staggering,” Mandyck says. “Food waste by itself represents 3.3 billion metric tons of carbon dioxide. If you measured food loss as a country on it's own, it would be the third largest emitter of greenhouse gases behind China and the United States.”

Addressing food waste would help limit the effects of climate change, yet no one seems to be talking about it, Mandyck says. “The ‘low-hanging fruit’ for climate protection is literally rotting before our eyes, and the climate debate is missing this fundamental and significant element for how we can address climate change and also address hunger.”

Current projections estimate another 2.5 billion more people living on this planet by the year 2050. The conventional wisdom says the world will have to produce 50 percent more food than we do now in order to feed them. Mandyck disagrees.

“I would argue that we need no more food on the planet, that we produce enough food on the planet right now to feed everybody today,” he insists. “If we do it more efficiently, we can feed the people of tomorrow. We just need to make sure that we get the food that we make to the place that it needs to go.”