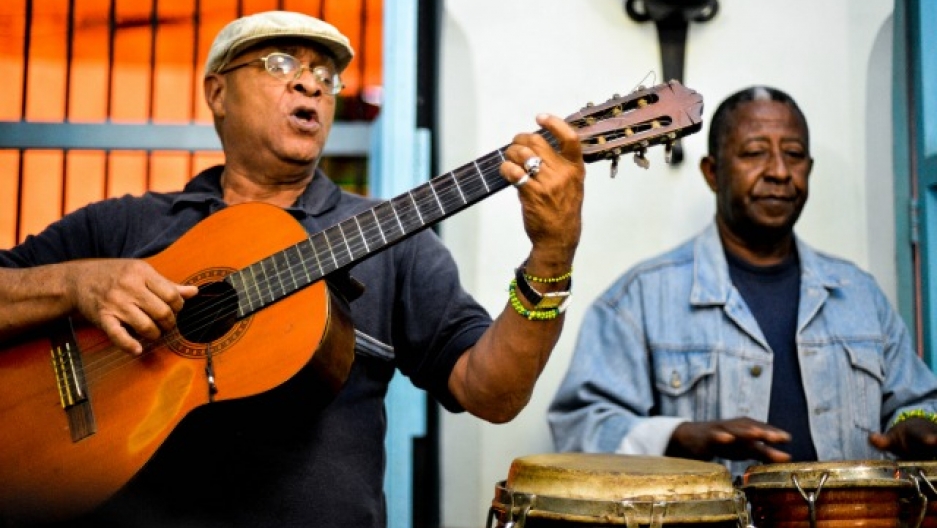 For more than half a century, Cuba has been a bit of a mystery to most Americans. In photographs it looks like a romantic ruin, with its ancient American cars and gorgeous decaying buildings. Many more people will soon see how well that picture compares to reality.

Last month, President Obama announced his plans to thaw relations between the United States and Cuba--- plans that include ending the economic embargo and easing travel restrictions. As a result, Americans are surely about to visit Cuba in numbers unseen since the 1950s. They'll buy cigars and hang out on the beaches, but they'll also experience and consume the art and culture of the faraway country next door.

Victoria Burnett, who spent four years living in Cuba and writes about the country for the New York Times, tells Kurt Andersen that Americans may be surprised at how vibrant Cuba's cultural scene is, given its relatively small population of just over 11 million. "Cubans are very, very interested in music and dance. You feel it on the streets," she tells Kurt. But visitors will also find theater and ballet, as well as lots of galleries and art studios.

In the short term, Burnett believes eased travel restrictions will spur growth in Cuba's visual art market, which has already benefited from American interest since a 1988 amendment to the US embargo made art one of the few items one could purchase in Cuba and bring into the United States. Cuban artists have long been known for making do with very limited resources. Often lacking even basic supplies, they have a history of ingenuity and improvisation. Burnett tells Kurt that even though art supplies may become more readily available, that probably won't change the way artists work immediately. "It's so ingrained in their kind of artistic psyche, it will be interesting to see how long Cubans continue to paint and use these interesting materials that are on hand locally."

Whether they're ready for it or not, Cubans are about to get a big taste of American culture. But Burnett says well-meaning outsiders, rather than Cubans, are most concerned about the toll that may take. "A lot of people go to Cuba and what they love about it is it's like they're stepping back in time, and there's no McDonald's. I think Cubans actually kind of fancy having a McDonald's."