With the 72nd Annual Golden Globe Awards on Sunday, January 11th,time is running out to get up to speed on this year's nominees. So much television, so little time. To make it easier, here's our guide tothe 10 best episodes you can and should stream online before Sunday's awards. And get ready to play Awards Night Bingo with us during the broadcast! Get yourinteractive bingo card here and learn how to play. 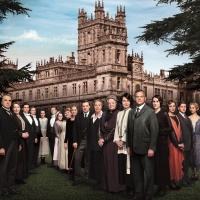 Downton Abbey
Best TV Series, Drama; Best Supporting Actress
Season 4, Episode 9"The London Season":Amazon Prime
The wildly popular and much-parodied British drama about early 20th century aristocrats has had its ups and downs (and we don't just mean the staircases). But the Christmas special from last season was a lot of fun. Shirley Maclaine returned as Martha Levinson, the mother of Lord Grantham's American-born wife Cora. This time she brings Cora's brother Harold, a politically disgraced robber baron played by Paul Giamatti with humor and pathos. The British-American culture clashes are a just side dish, though --- the main course is a brewing scandal with the Prince of Wales, the future Edward VIII. 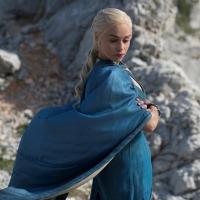 Emilia Clarke in Game of Thrones
(Macall B. Polay/HBO)

Game of Thrones
Best TV Series, Drama
Season 4, Episode 8"The Mountain and the Viper":HBO Go
The fourth season'sresponse to the infamous Red Wedding of season three, which left viewers gaping in shock long after the credits, caps off several story arcs, with stakes that new viewers can readily grasp. But the real prize is the eponymous showdown between rival champions, which culminates the season's most gripping storyline and will leave you agog. Spoilers? Yup. Gore? Absolutely. But it's a showcase of the infectious drama and epic scope of GoT. 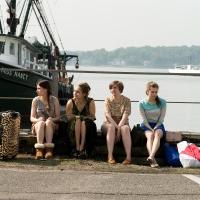 Girls
Best TV Series, Musical or Comedy; Best Actress
Season 3, Episode 7 "Beach House":HBO Go
Girls will be girls ---which, in the case of Girls, means narcissistic, short-sighted, and increasingly distant from one another. That's been happening since the start of season one, and in this episode, the estrangementcomes to a head ina brilliantandraw confrontation instigated by a drunk Shoshanna. It reminds us that there is more to the series than the superficial qualms of entitled young New Yorkers; more importantly, that Judd Apatow and Lena Dunham really are brave enough totake an honest look at what happens to friendships as twenty-somethings grow up and find their paths. Plus, there's a killer choreographed dance number. 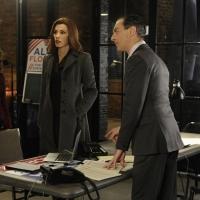 The Good Wife
Best Actress; Best Supporting Actor
Season 5, Episode 16 "The Last Call": Amazon Instant,Hulu
"The Last Call" shocked viewers and signaled a major shift in a gripping drama. If you're new to the series, be warned: this episode is one giant spoiler. But the writing, performances, and overall execution elevated The Good Wife, and proved that it's not just another lady lawyer show. 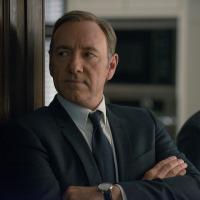 Kevin Spacey in House of Cards
(Nathaniel Bell for Netflix)

House of Cards
Best TV Series, Drama; Best Actress; Best Actor
Season 2, Episode 9"Chapter 22":Netflix
The second season of the most cynical show not-on-TV raised its already high melodramatic stakes. If Kevin Spacey thrilled and chilled you as the Machiavellian congressman Francis Underwood, Vice President Underwood is not going to disappoint. Watch these episodes out of sequence won't make too much sense, but episode 9, "Chapter 22," might be the season's best. From the show's beginning, Freddy Hayes (Reg E. Cathey), has been a highlight as the owner of the hole-in-the-wall BBQ restaurant whose ribs Frank can't live without. In episode 9, Frank's patronage of Freddy's becomes an open secret, which leads to a tantalizing and dangerous business opportunity for Freddy. The confrontation between Frank and Freddy ---the one man with whom he thought he shared a genuine friendship ---is heartbreaking. 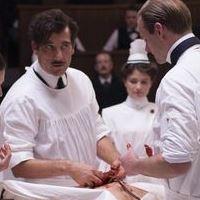 The Knick
Best Actor
Season 1, Episode 7 "Get the Rope":Cinemax Go
New York, 1900. A cop assumes that a black woman he encounters is a prostitute. Her boyfriend comes to her defense, a fight ensues, and the boyfriend stabs the cop. He's rushed to hospital known as the Knick, where an angry white mob forms outside. The incident was taken from a real event, and the writers incorporated quotes from archival papers ---but the resonance in today's New York is chilling. 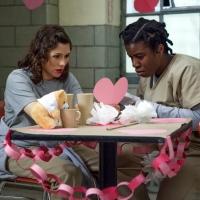 Yael Stone and Uzo Aduba in Orange Is the New Black
(K.C. Bailey for Netflix)

Orange Is the New Black
Best TV Series, Musical or Comedy; Best Actress; Best Supporting Actress
Season 2, Episode 4 "A Whole Other Hole":Netflix
The wide attention to Uzo Aduba's portrayal of Suzanne "Crazy Eyes" Warren (including an Emmy Award and a Golden Globe nomination), is richly deserved, but maybe the most surprising and heartbreakingmoments of the whole series happen when Yael Stone's Lorna Morello takes a detour and we learn the truth about how she ended up in prison. 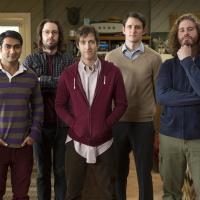 Silicon Valley
Best TV Series, Musical or Comedy
Season 1, Episode 7 "Proof of Concept": HBO Go,Amazon Instant
This tech industry comedy doesn't exploit its geeky characters for cheap gags (well . . . not much). Mostly, it takes coders and their world as a subject of serious satire -- as is proper, since these are the people running our lives. While the sniping and one-liners from a house full of over-caffeinated programmers is funny, some of the best moments came when the show forced its protagonists out into the real world. In the penultimate episode, the team brings its lamentably named app, Pied Piper, to a start-up competition. But their rivals, Hooli (the show's stand-in for Google) seem to have beat them to it with a better product. Oh, and the show's bearish clown Erlich Bachman (T.J. Miller) slept with the wife of one of the judges. Bachman's attempt to atone turns the show, briefly, into a sex farce, proving that Silicon Valley can do madcap as skillfully as snark. 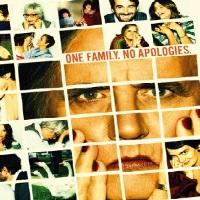 Transparent
Best TV Series, Musical or Comedy; Best Actor
Season 1, Episode 1 "Pilot":Amazon Prime
As The Sound of Music wisely suggests, "Let's start at the very beginning, a very good place to start." Transparent is so refreshing and well done that it's best to meet Jeffrey Tambor's Maura Pfefferman and her dysfunctional family at the very beginning. 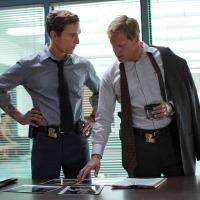 True Detective
Best TV Movie or Miniseries; Best Actor; Best Supporting Actress
Season 1, Episode 4 "Who Goes There": HBO Go,Amazon Instant
HBO's viral sensation launched a thousand memes and cemented the Matthew McConaughey career resurgence known as the McConaissance. In the present day, former detectives Hart and Cohle (Woody Harrelson and McConaughey) are questioned about a murder case from the 90s that derailed their partnership, and Cohle philosophizes grandiloquently from behind a horseshow mustache. In the flashbacks to that case, a young victim turns up ritualistically murdered, and Hart still has a full head of hair. The show's atmosphere of Cajun-flavored dread, punched up with Cohle's artful nihilism, was irresistible to some, off-putting to others. In this standout episode, Cohle goes undercover with a meth-running biker gang. Director Cary Joji Fukunaga uses a stash house robbery gone wrong to show off a jaw-dropping escape that is technically astounding and so suspenseful you must remind yourself to breathe.