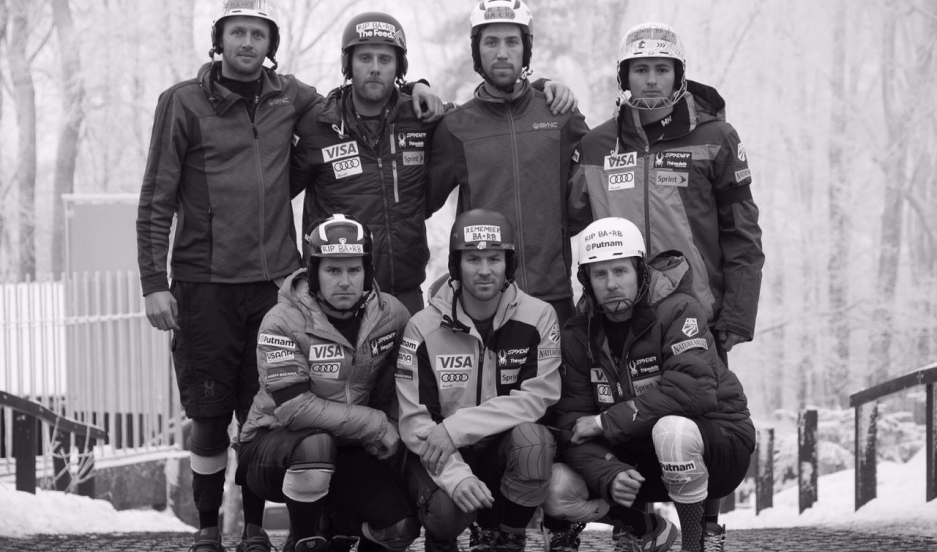 The US SKI Team men wear armbands and tape on their helmets to honor Ronnie Berlack and Bryce Astle at#WorldCupZagreb January 6, 2015.

Ronnie Berlack and Bryce Astle were chasing their dreams on Monday when an avalanche in the western Austrian ski resort of Soelden claimed their lives, and their dreams.

Berlack, 20, and Astle, 19, were both members of the US Ski Team's development team, dreaming of becoming competitive skiers on some of the world's biggest stages. The pair apparently triggered the avalanche on the 10,000 foot mountain, and were buried under the snow.

The US Ski team said in a statement that both skiers "were among a group of six athletes free-skiing at the Austrian resort. ... The other four skied out of the slide."

Eric Willemsen, an international sports journalist who spoke with ski officials on the scene, says the six development team skiers left a prepared slope and went free-skiing — which is especially dangerous these days, because Austria has been relatively warm recently.

"There was a lot of fresh snow, which means if you go free-skiing on a course which is not prepared, there's a high danger that you'll set off an avalanche and exactly that happened," he says.

The four skiers who survived immediately called for help and started to search for the two missing skiers. "It took 45 minutes to locate them and when rescue services arrived, it was too late, after so much time buried in the snow," Willemsen explains.

The deaths took a toll on Team USA.

An avalanche took their lives today. It is a tragic loss. My prayers go out to them and their families. Rip. pic.twitter.com/0I6bjhJY79

Despite the ordeal, team competed in today's World Cup slalom race in Zagreb, Croatia. Willemsen says the seven starters for the US team wore black armbands during the race. Others wrote messages including "Remember BA and RB" on their helmets as a tribute. The American flag flew at half-staff at the finish line.

"You're a racer and the next race is the next day," Olympic giant slalom champion Ted Ligety told Willemsen.

A team coach told the athletes that if they couldn't handle competing, they were free to drop out. “But all 7 racers chose to compete. I think that's in the spirit of the two guys who died. They're all ski racers and that's what was the binding factor between all of them," Willemsen says.

Head coach Sasha Rearick told Willemsen he was "overwhelmed by the power the team was showing." He says the American ski racing team has always been like a tight-knit family, but this experience would make them stronger.

"Everyone is standing together and helping each other through this very, very tough  time," he says.