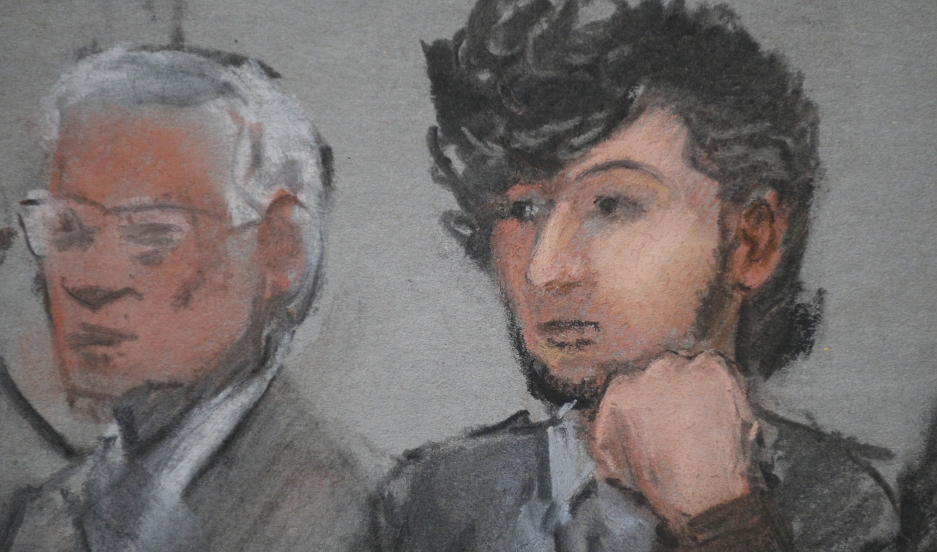 Accused Boston Marathon bomber Dzhokhar Tsarnaev is shown in a courtroom sketch on the first day of jury selection at the federal courthouse in Boston, Massachusetts, on January 5, 2015.

The jurors were picked partly because they were open to that possibility.

Journalist Masha Gessen, who covered the trial at the federal courthouse in Boston, says the juror selection process offered a clash between Massachusetts culture and federal law. Capital punishment hasn't been legal in Massachusetts since 1982 and hasn't been used in a state case since 1947. "The vast majority of residents are opposed to the death penalty," Gessen says. "On the other hand, it's a federal case, it's a death penalty case.''

What that meant: Any juror who was opposed to the death penalty was automatically disqualified.

The upshot, Gessen says, is that that the court had to choose jurors "from a minority of the state's population, and probably a minority with a fairly distinct political profile."

(This story has been updated.)