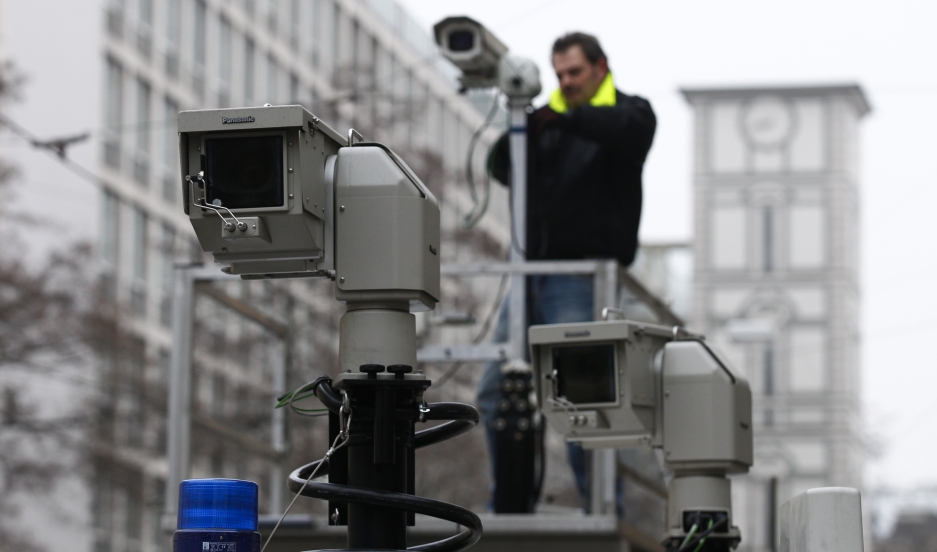 A man assembles police observation cameras near the Bayerischer Hof hotel before the start of the 50th Conference on Security Policy in Munich on January 31, 2014

2014 was the year we found out just how many ways we're all being spied on.

Whether it was the NSA, your cell phone company or some place where you bought pants a few months ago, it seemed everyone was after your data in some way in 2014. Here are some of the stories that shed light on the new ways you're being tracked — and also some methods to keep your information safe from prying eyes of all sorts.

It's a bird, it's a plane, it's a spy device —  Devices nicknamed "Stingrays" are nothing new; the fake cell towers trick phones into pinging them with their information, and intelligence agencies have used them for years. But we learned this year that the DEA is flying the devices over the United States while hunting for drug suspects, sucking information from plenty of random cell phones along the way.

Look a little lower, too — Fake cell phone towers aren't just flying overheard. Other kinds of the devices — known as "IMSI catchers" for their ability to log the unique identifier that belongs to each SIM card — are apparently scattered around the country and in use by various police departments.

Don't just blame the government — Major cell phone companies were caught using "supercookies" to track their users' habits. Tech-savvy people can usually circumvent some tracking methods by changing settings on their phones and browsers, or by deleting certain files. That wasn't the case for these "supercookies," and AT&T was forced to stop using them in the face of outrage.

Or maybe just don't make any phone calls at all —  Even if your cell phone company isn't tracking you, it turns out the very basic systems of the cell phone world are ripe for hackers and spies to break in. A team of German researchers found holes in the way that cell phone networks communicate with each other — and guessed that intelligence agencies have known about and used these back doors quite a bit already.

Definitely watch where you go on vacation — One of the big revelations of the Edward Snowden data dump was that the NSA was using the Bahamas as a large-scale test bed. Under a program called SOMALGET, the agency reportedly intercepted and recorded everything that was said on cell phones across the islands and kept it for up to a month. As with your money, stick to the Cayman Islands.

Interested in privacy? Be careful on Google — If you looked up privacy software or things like the Tor network, which allows users to browse the Internet anonymously, the NSA took notice. Under the agency's XKeyscore program, revealed in the documents leaked by Snowden, the NSA compiled the IP addresses of people who used — or even searched for — services that make Internet activity hard or impossible for intelligence agencies to track.

Is your phone off? Maybe not. — If you just shut down your phone to avoid any risk of detection, you didn't necessarily make yourself safe. According to Edward Snowden, the military and intelligence agencies developed a way to turn your phone back on without you knowing, allowing others to use the camera and microphone or track your location.

Shame on you, Mickey — Not even Disneyland could resist getting in on the act this year. The park's new all-in-one wristbands let you open your hotel room, pay for sodas and candy and skip tickets for rides — and lets Disney track your every move.

Are there any new surveillance methods that caught your eye — or fueled your worries — in 2014? Let us know in the comments.