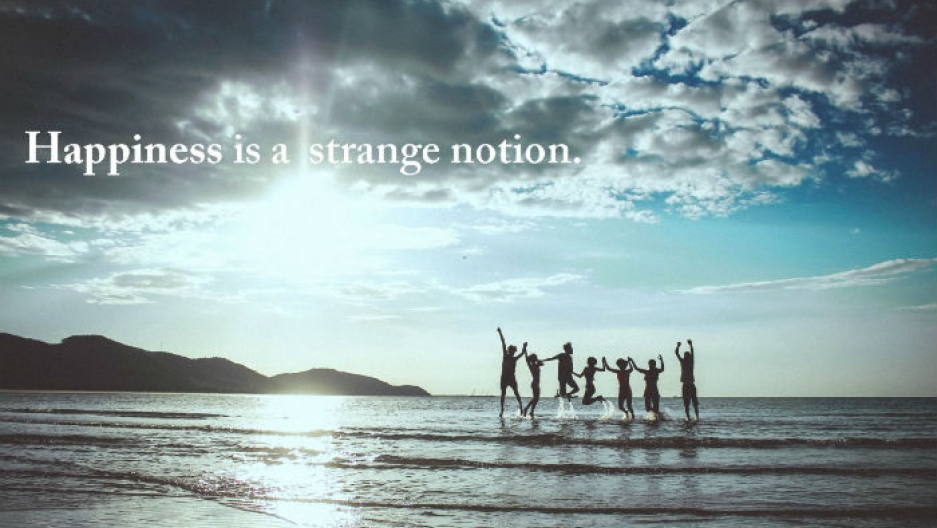 The English indie-rock band Wild Beastsand the visual artist Mattis Dovierteamed up to create the first graphic novel in GIFsthis week. Actually, they made two. The first is about a robot exploring a human's world and the second is about a human exploring a robot world. It's anime-inspired black-and-white animationand it might just be the future. A whiskey company sponsored the whole affair because GIFs are good for business in 2014.
Thanks, Matt! 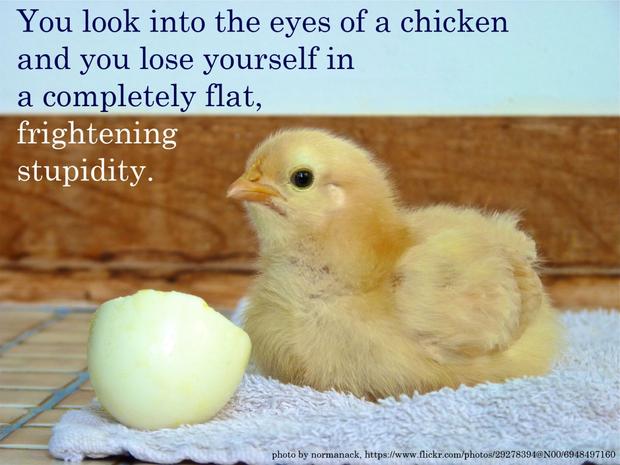 Our favorite new Tumblr is Herzog Inspirationals --- a send-up of inspirational posters featuring the hopeless observationsof Werner Herzog on otherwise innocuous images. It's hard to pick a favorite and we look forward to the meaningless, interminableexistence of this blog.
Thanks, Jenny!

Stephen Colbert files his final Report next Thursday, and he's going out in style with Kendrick Lamar, Seth Rogen, and one President Obama. In addition to retiring hisbeloved conservative pundit character, we can assume Colbert will say goodbye to a host of successful gags. His team sent one of them off with a supercut this week: a web exclusiveof everything he's ever pulled out from behind his desk, from food, to small animals, to bigger animals, to people, to groups of people, to an entire family. We'll miss The Report, and that super-spacious desk.

Love it or hate it,Love Actually has become a Christmas classic. Well aware of that fact, BuzzFeed's Jen Lewis took quotes from the movie and tacked them onto Peanuts comics this week. It works really well.

Christopher Lee, the 92-year-old English actor fromThe Wicker Man, The Lord of the Rings trilogy, and the Hammer Horror films, has released his third annual Christmas song. Like the twothat precededit, the song features Lee's still-strong baritone over poppy metal riffs. "Darkest Carols, Faithful Sing" makes me hope I'm a fraction as productive as Lee is at 92. Or tomorrow, for that matter.