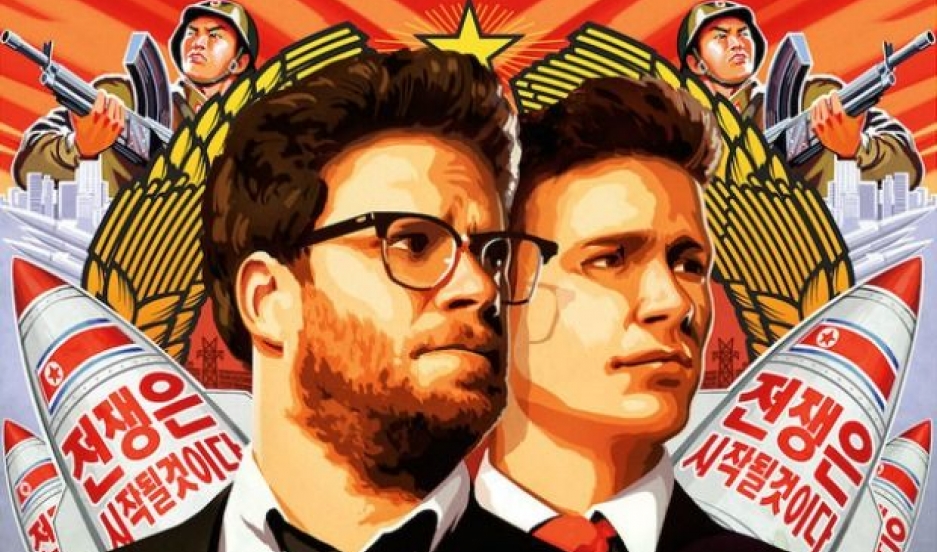 The Interview debuts in theaters in December.

Sony Pictures suffered a cyber attack last week that brought its computer network to a halt. A group identifying itself as “Guardians of Peace” took over computers, stole (and made public) personnel files and leaked unreleased movies online.

But no financial information — usually the goal of a corporate hack — was apparently obtained.

Almost immediately, a suspect emerged: the government of North Korea. Kim Jong-un’s regime has expressed outrage about the upcoming Sony film The Interview, a comedy starring Seth Rogen and James Franco as journalists recruited by the CIA. The operative suggests that they “take out” Kim. “’Take him out,’ like, for drinks?” Rogen asks.

Not necessarily a comic masterpiece, but North Korea has called the movie an “act of war” and threatened “merciless retaliation.” Barbara Demick, the former Los Angeles Times Bureau Chief for Seoul and Beijing and author of Nothing to Envy: Ordinary Lives in North Korea, says the anger stems from the fact that North Koreans revere their leaders as godlike figures. “Anything that’s an attack on the leadership is very sensitive,” she says. “It would be almost like blasphemy against Mohammed.”

Demick says North Korea has been “an easy target” for Hollywood — and not only in parodies like 2004’s Team America World Police, which featured then-dictator Kim Jong-il as an “alien cockroach.” The 2012 remake of Red Dawn rewrote a Chinese villain as North Korean so that the film could be distributed in China.

North Korea, which often favors ambiguity, hasn’t conclusively disavowed or claimed the attack. As of publication, a North Korean diplomat called the accusations a “fabrication,” without issuing an official statement. But could they have pulled off the hack against Sony? In 2013, North Korea was the main suspect in an attack on South Korean banks that displayed similar visual elements on affected computers. “My gut instinct is that they did [it], and they’re snickering about it,” Demick says, “because they have a reputation as a technical backwater.”

As for the uproar over The Interview, “I would imagine that some of this is faux outrage on their part,” Demick says. “I don’t think they think this movie is really going to encourage somebody to assassinate Kim Jong-un.” The controversy has certainly gotten both North Korea and The Interview a tremendous amount of attention — perhaps more than Sony Pictures could ever afford to buy.