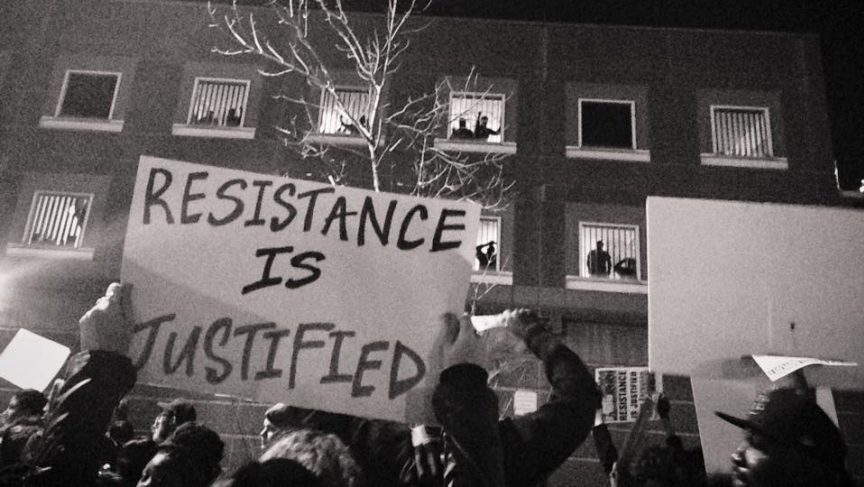 Ferguson protests are held all around the country. In Boston, immigrant communities joined forces with those supporting the African American community in Ferguson. Nearly 1400 people marched to a local jail house in Boston where, approximately, 20 percent of the detainees are immigrants.

Boston is among the many places across the country where protests have taken to the streets after a grand jury in St. Louis declined to issue an indictment of the police officer who shot and killed an unarmed black teenager in Ferguson, Missouri.

Campos sees connections between the challenges the black community faces in places such as Ferguson and those faced by undocumented immigrants. Campos says many people of color and people from the student immigrant organizations attended the rally in Boston. 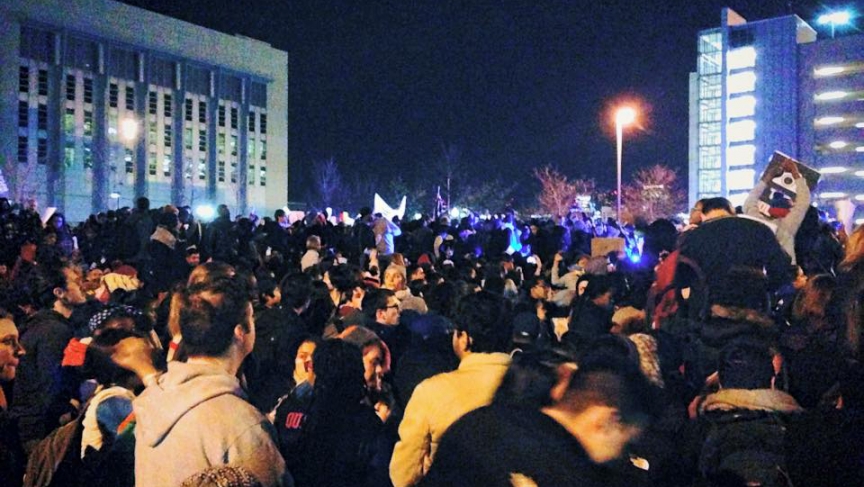 A group of protestors marched to a local jailhouse in Boston's South Bay neighborhood. Sofia Campos, a student immigrantion activist at MIT, took this image, and says the undocumented immigrant movement has many similarities to the uprising civil rights movement in the wake of the Ferguson decision.

Still, Campos is quick to point out that there are major differences between the struggles of undocumented immigrants and black Americans.

"It's important to say that this is about '#BlackLivesMatter' and this is about the black community, but we are ready to follow their leadership and stand firmly and strongly alongside them," she says.

Campos believes the problems facing the two communities won't be resolved any time soon, but the fight continues.

"You saw a lot of us coming out last night and that's how you will continue to see us — coming out to the streets," she says. "We are ready to act."