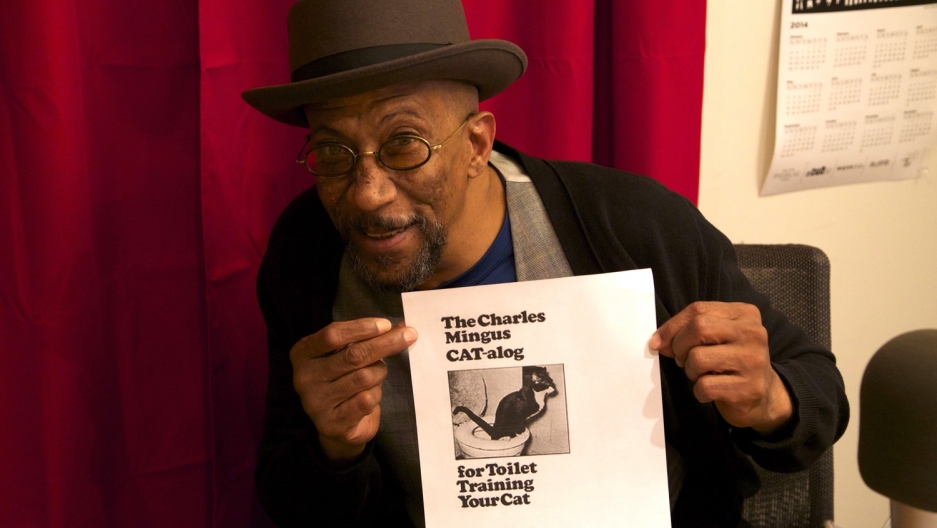 To do justice to Charles Mingus's sideline as a cat whisperer, we needed to "hear" Mingus. Alas, no one thought to record "The Charles Mingus CAT-alog for Toilet Training Your Cat" as read by the author. Studio 360's Jenny Lawton suggested an actor who recently did some terrific voice acting for a 360 story, Reg E. Cathey. Reg is one of those unsung heroes who elevates everything he does -- Oz, The Wire, House of Cards. And now Charles Mingus, cat trainer.

The video distills many takes of Reg performing. We didn't ask him to imitate Mingus, but he embodied the CAT-alog's particular cadence and sense of love. At the end, Reg finally bursts out in a belly laugh he's been holding in for hours.

If you want to give the Mingus Method a try on your cat, tell us about it in a comment below or find me on Twitter (@jodyavirgan). Take pictures! To help with your project, you can download the unedited, six-minute reading of the CAT-alog. Merry Christmas.