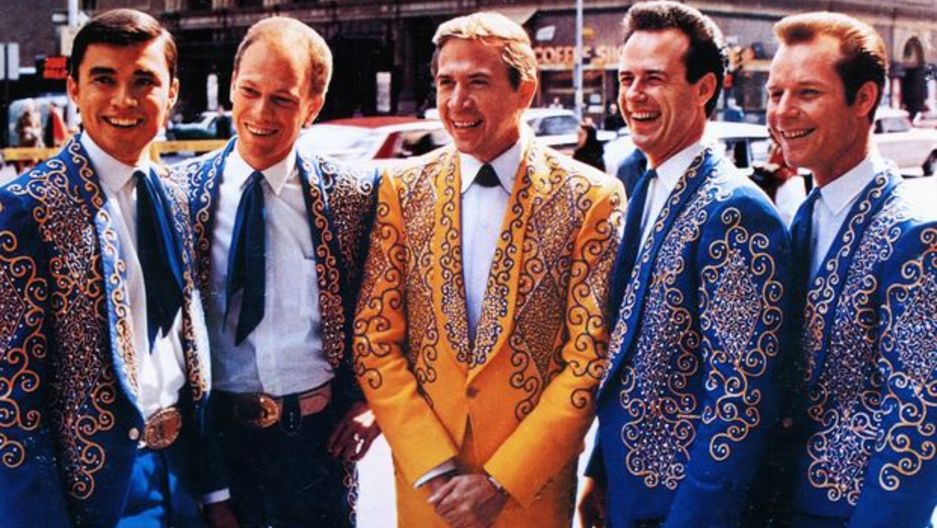 Buck Owens and The Buckaroos
Credit:

That’s according to writer and music historian Scott B. Bomar, who says the Bakersfield sound influenced all kinds of musicians, from Dwight Yoakam to Emmy Lou Harris to the Grateful Dead, and was a marked departure from much of the country music of the time.

“He was an innovator in many ways,” agrees Eileen Sisk, author of a biogaphy about Owens. “He brought drums and Telecasters — electric guitars — to country music. It was not like the 'countrypolitan' that Nashville was producing at the time, which had a lot of strings and background singers. It was more barroom music than it was church music or orchestra music.”

In 1966, Buck Owens and His Buckaroos were invited to play Carnegie Hall. At the time, country music was still trying to define itself, Bomar says. Country music had lost a lot of fans to rock and roll. Many fans were derisive toward country music, or characterized its practioniers as hayseeds or bumpkins.

“So the fact that Buck Owens and the Buckaroos are invited to play Carnegie Hall, which is obviously a prestiguous venue — it gives legitimacy, it gives credence to the value of Buck Owens' music and the value of country music,” Bomar says. This year, the recording of that show, Carnegie Hall Concert: Buck Owens and the Buckaroos entered the National Recording Registry at the Library of Congress.

The man who sat at the drumkit that night at Carnegie Hall was Willie Cantu. He was the drummer for the band from February 1964 until September 1967.

“Before I ever met Buck Owens or ever heard of him, my inspiration was to be a jazz drummer,” Cantu says. “My junior high school band director had said to the class, ‘If you get to play Carnegie Hall someday, then you know you've really made it.’"

The Carnegie Hall gig meant that Cantu would be playing on the same stage as some of the greatest jazz musicians — like Benny Goodman, with Gene Krupa on drums. “I can still remember walking onto that stage to set up my drums, and wondering just exactly how far away I was setting up my drums from where Gene Krupa had actually set his drums up,” Cantu says.

Owens initially instructed his manager to turn down the Carnegie Hall invitation. “He was intimidated by the concept,” Bomar explains. “He thought, ‘If we go to New York, and the people in New York aren't interested in country music, that's going to be an embarassment when tickets are not sold.’”

But, of course, they did play the gig and were greeted enthusiastically. Owens always counted the Carnegie Hall show as one of the absolute highlights of his career, Bomar says.

One of their most popular songs at the time was called “Together Again.” “I recall getting goosebumps whenever he would utter the words 'together Again,'" Cantu says. “And that's something I guess I'll always remember.”