This week in "Thanks, Internet" --- High Maintenance is back with a budget, all the forgotten art from movies and TV gets a gallery, Too Many Cooks might be the best viral video of the year, Bryan Cranston tries babysitting, and Father John Misty is "Bored in the USA."

There's no shortage of web series to watch, butHigh Maintenancemight bethe best. Even the New Yorkerthinks so! This week, the series returned with three new episodes that, with a little funding from Vimeo, are easily its best to date. Yes, the show is tangentially about marijuana use in New York City. But drugs are about as essential toHigh Maintenance as alcohol was toCheers. The show, from married couple Ben Sinclair and Katja Blichfeld, is really about love, life, and loneliness in a big city. And it's giving similarly-themed TV shows a run for their money (minus most of that sweet TV money). 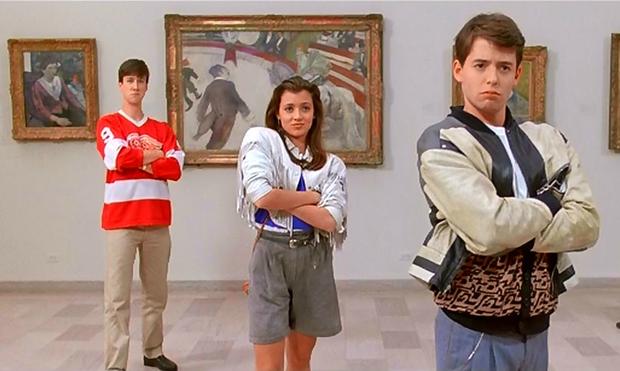 This week's best tumblr is "Art In Film" --- a scrolling gallery dedicated to all the visual art we briefly glimpse in movies and TV, from Bill Murray's garish family portrait inRushmore to that landscape featuring a McDowell's inComing to America. You can finally appreciate all the smaller works of art that go into the big picture, but please, no selfies.

"Too Many Cooks", an eleven-minute satire of TV opening credits sequences and TV cheese from the 80s onward, debuted on Adult Swim in late October, but it wasn't until it was uploaded to YouTube that people began to notice. And notice. And notice. Within a week, the video hadinspired riffs from 8-bit enthusiasts, cats, the Cookie Monster, and everyonein between. What sets the bizarre parody apart from the competition is its density. Most viral satires hit a few notes and call it a day after two minutes, but "Too Many Cooks" dares to achieve more and reward repeat viewings. Mission accomplished. Let's hope Oscar comes calling.

Bryan Cranston can do no wrong. To prove it, he's now cursing at kids. Cranston reads the audiobook for "You Have to Fucking Eat," the latest warped bedtime story from "Go the Fuck to Sleep" author Adam Mansbach. If you were hesitant to share Breaking Bad with your first grader, you nowhave this.
Thanks, Jules!

When Father John Misty was Josh Tillman in Fleet Foxes, he was best know for his elegiac indie-folk. With "Bored in the USA,"the first song we've heard from his upcoming album,he's sounding more like Harry Nilsson. Misty airs a host of American Dream-related grievances throughout the ballad, but they sound a little bit like #firstworldproblems. No one's more aware than Misty himself, who inserts an jarring laugh track in the song's third act.