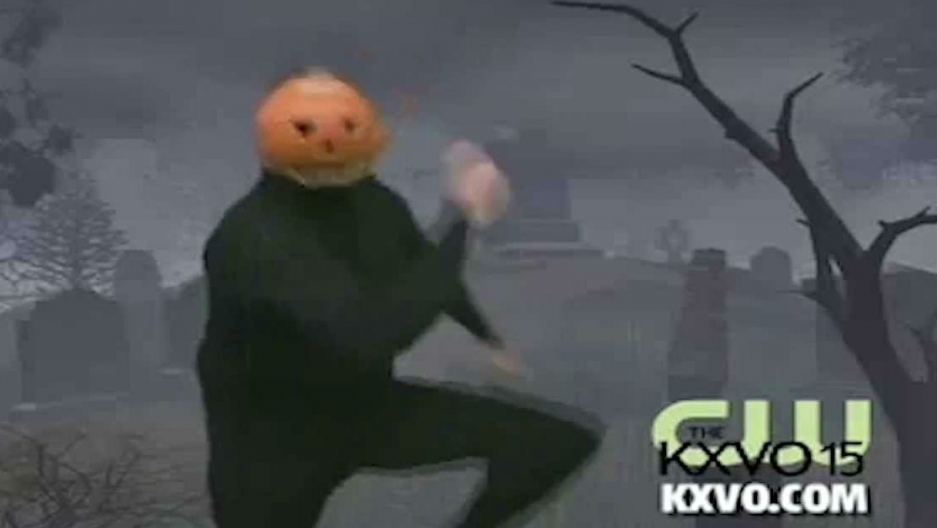 WARNING: If you would prefer everything about the KXVO Pumpkin Dance to remain a mystery, read no further.

I can't remember where I was the first time I saw theKXVO Pumpkin Dance several years ago, or who sent it to me, but I remember the feeling: that I would one day show this video to my children, and their children after them. It effortlessly combined so many facets of contemporary pop culture: theGhostbusterstheme song, an inane costume, dancing so badthat it's good, and--- perhaps mostimportantof all--- it ranon a local TV stationin Omaha, Nebraska:

In 2006, Matt Geiler was the anchor of the 10 o'clock nightly newscast at KXVO,the Omaha CW affiliate. "I use the term newscast lightly, because it was more of an entertainment pop culture thing," he told me in a phone interview. Geiler remembers the station's news director telling him, "We only need a minute-and-a-half of news upfront and then you can do whatever you want. I don't care."

The program had a nominal budget ($1,000 for the year) to create 22 minutes of programming five nights a week. Geiler and his producers often had to improvise last-minute to fill the show. In the days leading up to Halloween 2006, they pitched several ideas, including grown men falling down in a pumpkin patch, a fictionalmurder mystery, and dressing up as grandmothers for a cooking segment. Then there was the pice de rsistance: "I've got this one thing where I put on a unitard and a pumpkin head and dance at people's graves," Geiler recalls pitching his manager, thinking it would never fly. "I want to call it 'Happy Jack: The Grave Dancer.'"

Geiler never made it to an actual cemetery, but the idea worked even better because of it. He picked up aunitard from his local costume store, cut a foam pumpkin decoration in half, and jumped in front of a green screen. They pre-recorded the segment, featured it alongside live coverage the night of October 31 (Geiler is actually the blond guy who follows the Pumpkin Dance segment), and didn't think much of it for the next few weeks.

Then Christmas came around, they were short on content, so they did it again:

YouTube was still in its infancy in 2006, but one of Geiler's producers uploaded the first Pumpkin Dance anyway. "It was just this thing that was laying around for three years with 600 views," says Geiler, who soon moved his family to Southern California to pursue comedy. Then all of a sudden, people started to notice. In 2009, the video was featured on BuzzFeed, Entertainment Weekly, andVideogum. A year later, Huffinton Postpicked it up. Soon, Geiler's moves had been viewed more than a million times online. He became a GIF, a meme, and for me last year (and many others), a costume: 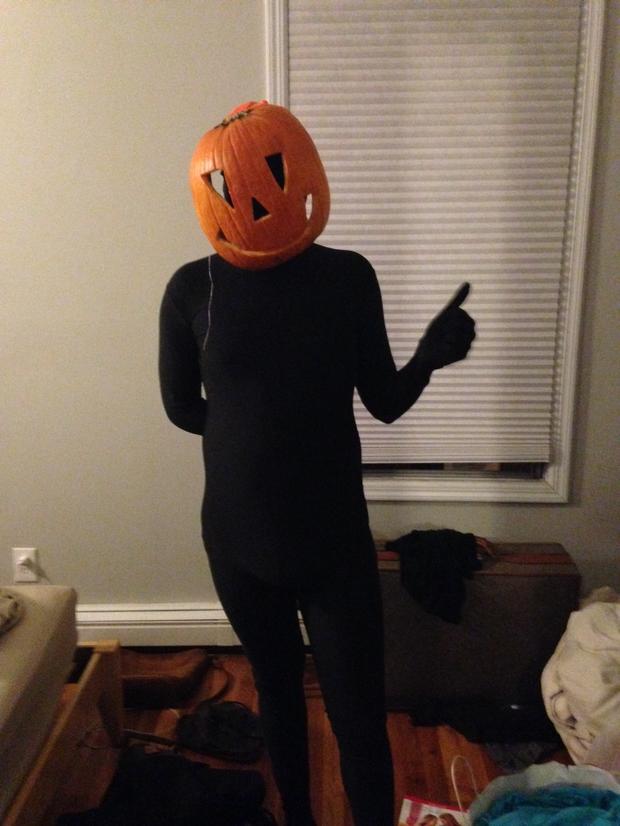 As a comedian, Geiler was both happy and surprised to get the attention. "It's amazing to me that any people on Earth care at all," he told me. When a call came fromAmerica's Got Talent, he had hoped they were interested in featuring his stand-upon the show (he had submitted audition tapes). But they were only in it for the Pumpkin Dance, and guess what? He turned them down. "I will not ruin the sanctity of that character," he told them. "If you try to re-create it, it's just, you know, dumb."