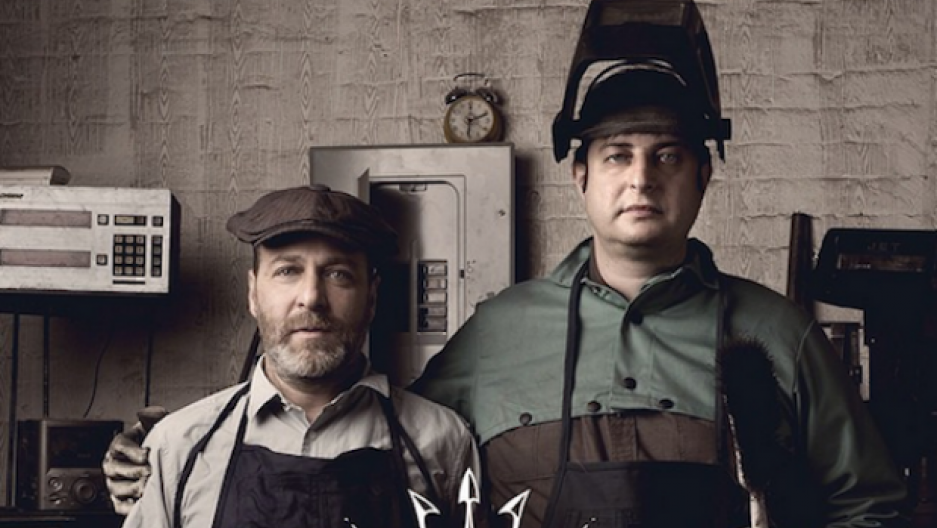 In 2014, cult comedians have plenty of platforms for audience engagement. Stand-up is on-demand thanks to YouTube, jokes can run long in podcasts, and for everything else there's always Twitter. But that wasn't enough for H. Jon Benjamin and Eugene Mirman. So they opened a store.

There's only one item for sale at Flotsam General Store: a "mystery sack" of items hand-chosen by Benjamin and Mirman, e-retailing for $40. There's no indication what each cloth pouch will contain, but customers are promised a "post-structural shopping experience" filled with items "hand-hewn by machines in America."

This is comedy without a punchline (my favorite) from two dry-witted absurdists --- a deadpan send-up of the artisanal-everything trend. It feels like a return to form for the pair, who were better known for such meta-comedic antics before coming to wider attention as the voices of Bob's Burgers, one of Fox's best cartoons. Benjamin (who voices Bob in his grumbly basso), once gave an hourlong radio interview using a robotic voice modulator; Mirman (Burgers' scene-stealing Gene), once protested his own album release. Then there's "You Got Burned":

The item's delivery window of 6-8 weeks is longer than the shop has been open, so we're still waiting on early reviews of this commercial experiment. Benjamin has in the past derided ironic Kickstarter projects "that add nothing to the cultural conversation," along with the "privileged assholes" who host them. The pair once spent five extremely NSFW minutes (you were warned!) mocking an ill-conceived promotional campaign for Slingbox. So, although Benjamin and Mirman can best anyone in an irony contest, there's reason to be hopeful that the $40 might get you something nice, or at least their idea of nice. But for the record, I'm waiting for the Yelp reviews before placing my order.