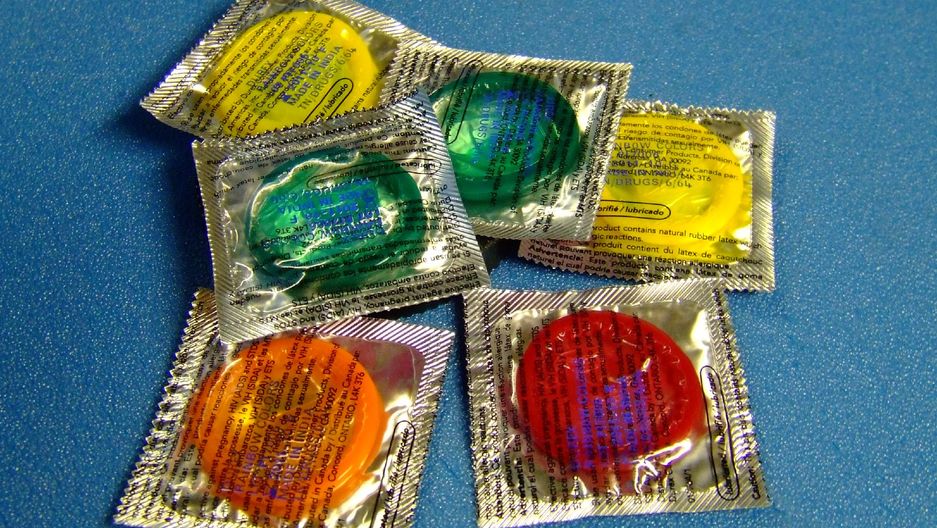 Are condoms in Uganda too small for the local population?

Uganda's ABC campaign — Abstain, Be Faithful, Condoms — was credited with driving the country's AIDS infection rate from 18 percent in 1992 to just 6.4 percent in 2005. But in recent years, that number has ticked back up, to about 7.2 percent.

Now, the country's leaders believe they have the identified the problem — and it's the C in their campaign. When they talk to men around the country, they are hearing that the standard issue condoms provided by international suppliers and aid agencies are too small for the Ugandan male anatomy. So far, there's been no scientific evidence offered to confirm this self-reported problem.

It's not the first time a country has said that global condom sizes are inadequate for the local anatomy, according to India's CNN-IBN news site. In Mumbai, India, a research council reported that upwards of 60 percent of men have penises that are at least an inch shorter than international condom sizes.

A New York court could give chimpanzees 'almost' human status

An animal rights attorney is in court this week arguing that a chimpanzee being kept in a shed in a New York trailer park has the right to determine whether he is being unlawfully held. The animal in question is Tommy, a 26-year-old chimp living in Gloversville, New York. He's being represented by Steven Wise and the Nonhuman Rights Project, a group of environmental lawyers devoted to eliminating the “legal wall ... erected between humans and nonhuman animals,” The Guardian reports.

But legal scholars say Wise and his group have a tough road ahead. They have to convince a five-judge panel that Tommy, and three other chimpanzees they've filed suits for, have the right to a writ of habeas corpus — that's a legal document required when a person holds another "person" against his or her will. It's a strategy that's never been tried before in an animal rights case and the odds are probably long.

But that hasn't discouraged Wise. He points to recent research that he says shows the distinction between humans and non-human animals is becoming increasingly slim.

This Afghan immigrant thought he knew English — until he ordered lunch

Many immigrants who come to the US find learning English a challenge. But Ali Shahidy wasn't worried about that. He'd taught English and even reviewed highly technical proposals in English when he lived in Afghanistan — all without any trouble. Yet when his flight to America was diverted and he wanted to order a sandwich at the airport, his troubles began.

Shahidy wrote an essay about his experience trying to get a chicken sandwich for PRI's The World — part of our Global Nation desk's First Days series. In it, he explains how a series of questions — what type of bread, what type of cheese, bottled or fountain soda — proved to be too much for someone who grew up in a country where choices were few and mostly reduced to "yes" or "no."

You want to eat healthy? It'll cost you

A group of British researchers decided to find out how much you have to spend to eat healthy. So they took a basket of 100 popular foods tracked by their government and put together 1,000 calorie meals with them. What they found was that eating a healthy 1,000 calorie meal, including things like "lean salmon, yoghurts and tomatoes" cost £7.49 in 2012 prices. On the flip side, eating a 1,000 calorie meal of "pizza, beef burgers, and doughnuts" could cost just £2.50.

Get ready for an October (sky) to remember

Wednesday morning's blood moon and lunar eclipse were just the first act of what could be a really stunning month for sky watchers. The morning eclipse is the second of four eclipses that are expected to occur in an unusually short timeframe. The first was back in April, while the third and fourth are expected in April and September of next year. But if you don't want to wait for April to get your next eclipse kick, you could be in luck.

The UK government is getting into the business of forecasting the weather in outer space. According to a report from the BBC, the Met Office Space Weather Operations Centre will be charged with forecasting solar flares and other space "weather" that could influence life on Earth.