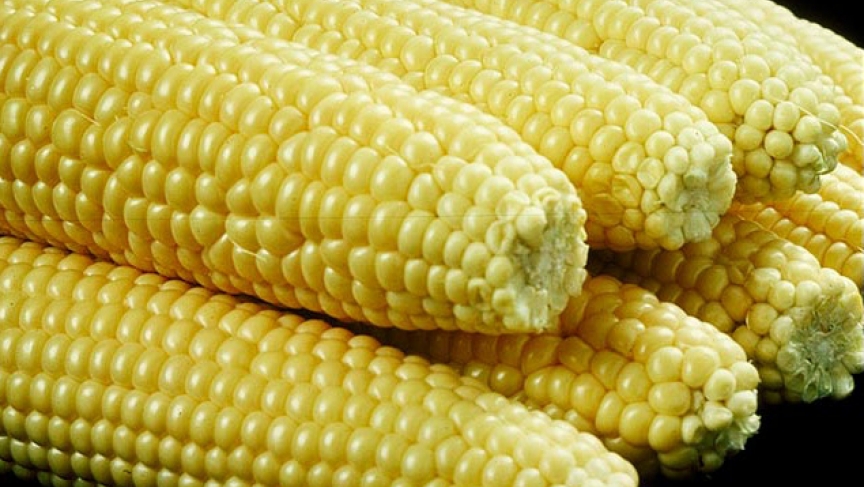 Sweet corn is not a natural food — it has been altered by human intervention.
Credit:

Nearly all of the food you eat has been genetically modified in some way — from seedless grapes, sweet corn, and plump tomatoes, to perfectly round chickens and turkeys that are nearly all meat.

Animals and plants used in agriculture have all been selectively bred to enhance features that make them more valuable as food. But intervening in biological processes to mass produce food has always made some people nervous.

When scientists developed the capability to directly select genes in food species, the anti-GMO movement was born. Activists have condemned genetically modified organisms (GMOs) since scientists introduced them in 1996.

While the anti-GMO movement has grown over the last 15 years, GMO technology has continued to spread. Genetically modified crops are now planted across 170 million acres worldwide. Nearly half of the world's soybeans and a third of its corn are products of the technology.

As one of the founders of the anti-GMO movement in the United Kingdom, activist Mark Lynas once uprooted genetically modified crops with his bare hands. Alongside Vandana Shiva, an Indian environmental activist, they led the crusade against the use of GMOs out of a sincere concern they might be dangerous.

Lynas, now a visiting fellow at Cornell University and author of “The God Species: How the Planet Can Survive the Age of Humans,” says he has recently changed his mind on GMOs, deciding that his anti-GMO convictions rejected sound science.

“Skepticism is a reasonable place to start when you’re assessing a new and potentially very powerful technology,” says Lynas. “I was one of the original anti-GMO activists here in the UK. I personally was involved in destroying trials of GM crops — canola, sugar beans, maze. I felt very strongly about it, but at that time I wasn’t very well informed about the science, to put it mildly.”

When Lynas began researching and writing about climate change, he says he realized that he was misinformed about the science behind GMOs.

“Eventually I felt it was better to be honest, if you like, then keep it as a dirty secret,” he says.

Lynas says the anti-GMO movement's tactics may hurt people in the developing world.

“Vandana Shiva’s case is that farmers in developing countries are better off being poor and better off using outdated seeds and technologies,” says Lynas. “It’s important for people in developing countries — subsistence farmers in particular who have got their families to feed — to be allowed to access better crops and agricultural innovations which could improve their livelihoods.”

Lynas says that the debate around GMOs has gotten off track and is largely misunderstood. And he’s not alone — astrophysicist and celebrity scientist Neil deGrasse Tyson recently came out in support of GM foods, calling it artificial selection.

“People are against GMOs because they imagine it means big, evil corporations, and a model of industrial monoculture, which I’m not in favor of either,” says Lynas. “But it’s a much, much broader field than that. And there’s many ways genetic modifications can actually be used to improve environmental outcomes.”

Some claim that the price of obtaining seeds that produce genetically modified crops has hurt farmers in the developing world, leading some to even commit suicide because they can no longer afford to farm. But Lynas contends that those rumors are a farce.

“This is a myth, essentially, but one that is universally believed by people on the left, so far as I can tell,” he says. “The rate of suicide has declined in rural parts of India since genetically modified cotton became available. In fact, you’d expect that because it’s been a huge saving for farmers not to have to spend money on pesticides.”

Lynas says that genetically modified cotton seeds have helped to remove or reduce the need for pesticides, which is both harmful to the environment and to the farmers handling the chemicals. Additionally, he says that these cotton farmers are now able to command more money for their crops.

“This idea that this has been a terrible disaster for farmers really is a myth, and it’s one that needs to be addressed I think,” he says. “It’s actually a huge success story.”

Anti-GMO activists frequently argue that genetically modified crops pollute the DNA pool of a species, tamper with the laws of nature and change ecosystems. Lynas calls that another “myth” he hopes to bust.

Lynas says myths about genetically modified organisms have been perpetuated by idealization.

“What it comes down to, essentially, is this sort of romantic appeal to the naturalistic fallacy — the idea that natural is always good,” he says. “In industrialized countries, there’s this backlash where people feel that their ways of life and food supplies in particular are too artificial, so everyone wants ‘natural’ and ‘organic.’ Genetically modified is seen as unnatural, but there’s really no scientific basis to this — it’s a sort of emotive, emotional position.”

When it comes to the positive side of GMOs, Lynas points to golden rice — a genetically modified rice crop that is designed to combat vitamin A deficiencies, a form of malnutrition that kills an estimated one to two million children per year.

“Primarily [these children] are eating white rice, and very little else,” says Lynas. “The idea for golden rice was to put beta carotene, which is a precursor of vitamin A, into rice, which people are eating. It’s called biofortification — it would actually supplement their diets and prevent both the deaths and also the blindness, which is caused by vitamin A deficiency.”

Though golden rice could potentially have benefits, Lynas says groups like Greenpeace have campaigned against it for more than a decade because it is genetically modified. In August 2013, more than 400 protesters in the Philippines broke down fences and uprooted the crop.

“You have this quite extraordinary situation where a potentially life-saving intervention is being destroyed by activists who are ideologically opposed to it,” he says. “This has become one of the major currents in the GMO debate — if even humanitarian intervention should be allowed if they use genetic modification.”

Lynas stops short of endorsing companies like agriculture giant Monsanto — a corporation long at the center of the GMO debate — but adds that biotechnology as a whole shouldn’t be demonized.

Lynas says that genetically modified crops should not be treated any differently from their natural counterparts.

“All of the claims that are made about super-weeds and resistance, all of these things apply to conventional agriculture of any sort,” he says. “Science has moved on so significantly in the last few years that the term GMO is becoming increasingly meaningless.”

In many ways, Lynas says anti-GMO parties have a problem with the medium these crops are produced.

“Everything we eat — every domesticated crop and every domesticated animal is genetically modified from its wild relative,” he says. “It’s just not necessarily done in a laboratory, which is the way of doing it that is now considered artificial and so horrible.”