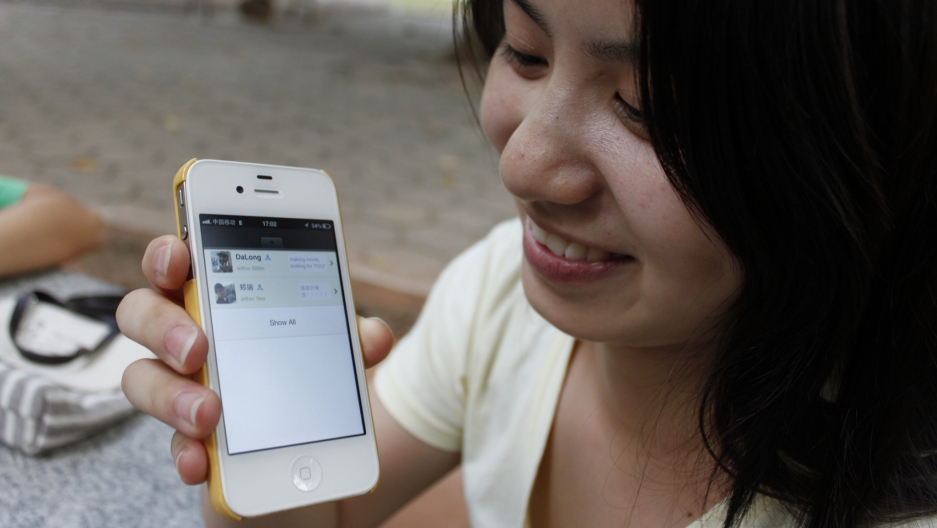 A WeChat user shows off the popular app on her phone.
Credit:

The State Internet Information Office said on Thursday that while users can still use nicknames, they have to provide real names to register on the back end. The office said the move is an effort to “further promote the healthy and orderly development of public information services, protect the legitimate rights and interests of citizens, legal persons and other organizations, and safeguard national security and public interests.”

WeChat, owned by Chinese tech giant Tencent, isn't just a messaging app: it's an all-in-one juggernaut that combines texting and chatting, games, mobile payments and a range of other services. It has also developed into a powerful media tool. Public WeChat accounts are typically used by individuals or companies to share news to subscribers. With the popularity of WeChat, which now has almost 400 million active users, those accounts have become a major source of news for Chinese people.

Since that crackdown in May, Tencent has attempted to verify the real identities of the users behind public accounts by forcing the holders to upload their ID and mobile phone information. Before messages are sent to subscribers, the account holder must scan her own personal WeChat code. This way Tencent can always find out who spread an “illegal” message.

After the news was announced, some saw it as a violation of privacy. An authority from the State Internet Information Office was quoted by Beijing News saying that “The regulation helps protect the citizens’ freedom of expression.” But there are worries that the order could be used to track down users who help spread news critical of the government.

The same announcement was made about Sina Weibo, China's Twitter-like service, last year. Although people have found ways to circumvent the rule, the scrutiny of public accounts on Sina Weibo had a chilling effect on speech across the country. With the new crackdown on mobile apps, people are likely to watch their words before they post anything sensitive on WeChat.