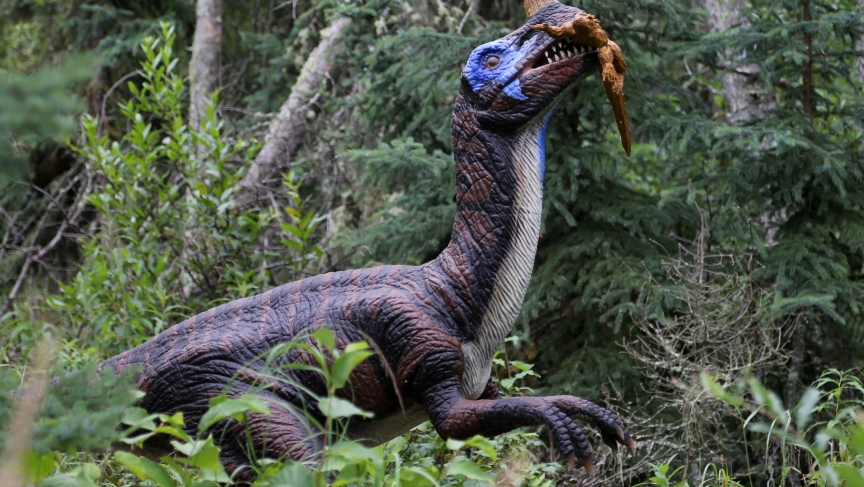 A dinosaur statue at the Jurassic Forest park in Alberta, Canada.

For a town without running water or a sewage system, a fiberglass Triceratops doesn't sound like a top budget priority. The regional government of Arequipa, in Peru, disagrees.

It recently approved the creation of a dinosaur theme park in the tiny, arid district of Yura, 650 miles southeast of the Peruvian capital, Lima. The park, called Los Coritos II, will cost 4 million sol ($1.4 million).

Yura, home to around 15,000 Peruvians, suffers from high death rates due to diarrhea and kidney-related illnesses. Critics call the park a squandering of public funds that could be better spent tackling Yura's health issues.

But the region’s mayor has defended the park, saying it honors Arequipa’s dinosaur legacy. The province is already home to another park where dinosaur fossils are displayed. “Dinosaurs are part of the history,” says Alfredo Zegarra, Arequipa's mayor. “Children should know what happened, how it was so that animals came to populate the planet, how they became extinct."

The situation has angered many residents. The planned site of the park was once set aside for a hospital, but Zegarra intervened after the local government stalled on the plans. He granted financial assistance to build the park as a companion to the original Los Coritos, another dinosaur attraction about 16 miles away.

Resident groups are divided over its construction. Timoteo Calachahui, a member of the Camineros y Empleados resident association, told La República: “It’s not that the park doesn’t serve for anything, but it would have been better as a hospital.”

Other Peruvians on Twitter had harsher words for the project:

Does Alfredo Zegarra have an obsession with Dinosaurs? First he put them in the park of Los Coritos and now in Yura?

Outrageous management in Yura. What has to happen for us to revoke it? It'd be better if we throw him out on a mule today and that's it. Peru doesn't deserve these authorities.

The mayors of Arequipa and Yura have fossils for brains.

There's also the potential for corruption. It's a constant fact of life in Peru’s regional governments: three-quarters of its 26 regional mayors are currently being investigated. Zegarra is already under investigation by public prosecutors for "abuses of authority," and officials have launched a probe into the dinosaur park project. The situation in Yura won't help the perception that officials are out of touch with the people they represent.

But others say that the park will bring benefits to Yura. “It’s a work that gives quality of life to the people,” Mario Melo, a member of the regional council, told the newspaper La República. “They also have the right to this infrastructure. The critics have political ends."

Indeed, an ex-president of Camineros y Empleados, the Yura residents' association, said that without the regional government's intervention, the land would either have been abandoned or left to the mercy of gangs or developers.

“The park won’t end up being a white elephant,” said Socrates Chiara. “We have a 10-year agreement with the municipality. At the end of this period, if the people don’t want the park, it will be pulled down for their hospital." He said that the government was taking steps to build sewage systems and a school. Zegarra also says that a reservoir had been built to address the water problems, and that “water was on its way” to those who needed it.

Still, if there is one thing Zegarra has learned, it’s how to turn a crisis into opportunity: he recently quipped that the media coverage may attract the final investors needed to get the rest of the cash for the park.

This story by Alex Pashley was originally published on our partner Global Voices Online, a community of bloggers from around the world.