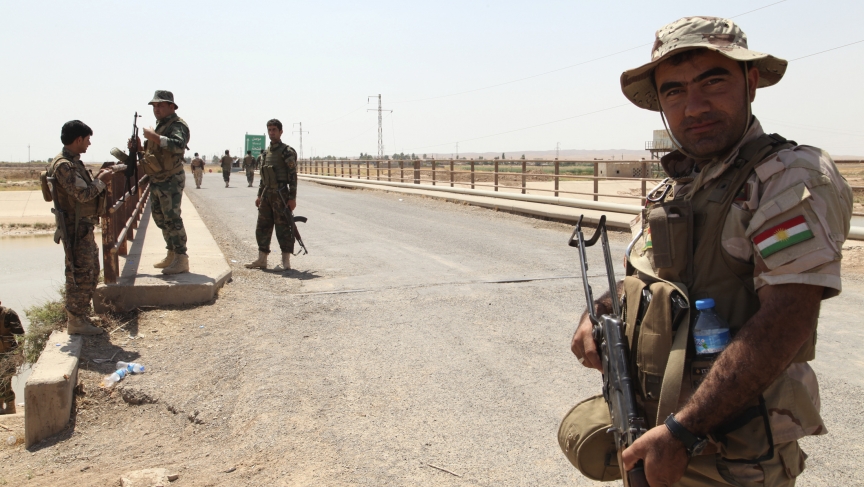 Chaos might be engulfing much of Iraq, but there's one section of the country that remains relatively stable. That's the Kurdish autonomous region in the northeast.

Some there see the current crisis as an opportunity.

The Kurds are a distinct minority; they speak Kurdish not Arabic. They've been fighting for self-rule for 50 years, and for the last 20 years or so that's pretty much what they've had.

Their region is now both stable and prosperous. They also have their own very efficient army: the Peshmerga.

For a Kurdish perspective on the crisis, The World spoke with Ayub Nuri, an editor with the Kurdish news service, Rudaw.

“The Kurds have acted very wisely so far,” says Nuri. “They have not engaged themselves in the war. They have played the role of observers or spectators.”

“They don’t want to get involved in a war that’s not their war,” he says.

“The reason is,” says Nuri, “that the Kurds are as frustrated and angry with Iraq’s government and Iraq’s Shi’ite prime minister, as the Sunnis are. That’s because the prime minister has made himself another dictator basically, and concentrated all power in his hands.”

“The only thing the Kurds have done,” he adds “is that they have moved in and taken over Kurdish populated areas, to protect the Kurdish population.”

However, that includes disputed areas such as the oil-rich province of Kirkuk, entirely under Kurdish control as of last week. Kirkuk is home to many Kurds, but also to Sunni and Shia Arabs, Turkmens, Christians and other minorities.

“The Islamic militants,” Nuri adds, “have also acted wisely, beause they know they are no match for the well-trained and disciplined and loyal Kurdish army.” He believes they will lose any fight with the Kurds. There have been limited skirmishes involving Kurdish forces in Kirkuk province and neighboring Diyala, against ISIS. There have also been attacks on Kurdish forces by Iraqi government forces, but Baghdad says these were "accidents."

Nuri says the Kurdish people are following the unfolding of events very closely.

“The Kurdish people do not generally support Islamic extremists or Islamic parties, but in this case they are so frustrated with the government of Nuri al-Maliki. They are happy for the world to finally see what kind of man he is, and what kind of army and state he has been building in the past 10 years that collapsed within a week. That’s what the Kurds think, we have been telling the world this guy is not to be trusted. He is sectarian. His army is inefficient. And now our prophecies came true.”

Nuri says many people think Iraq’s Kurdish region might make a bid for full independence. “It might happen. Sooner or later, the Kurds might go their separate way because they think the Iraqi people, especially the Kurds, cannot really fit in that country. They have not had a good experience with the central government in the past 70 years, let alone the last 10 years.”

He points out that the Kurds “have had huge disputes over Kirkuk, over money. In the past six months, the Iraqi government has frozen Kurdistan’s legitimate share of the national budget, and the Kurdish government had to scramble to find money here and there to pay its civil servants.  So they have come to the point now where the best way is to separate. What’s happening in Iraq today and in the past week, it’s a clear indication of that. That the Kurds can take care of themselves, and let the rest of Iraq take care of itself.”