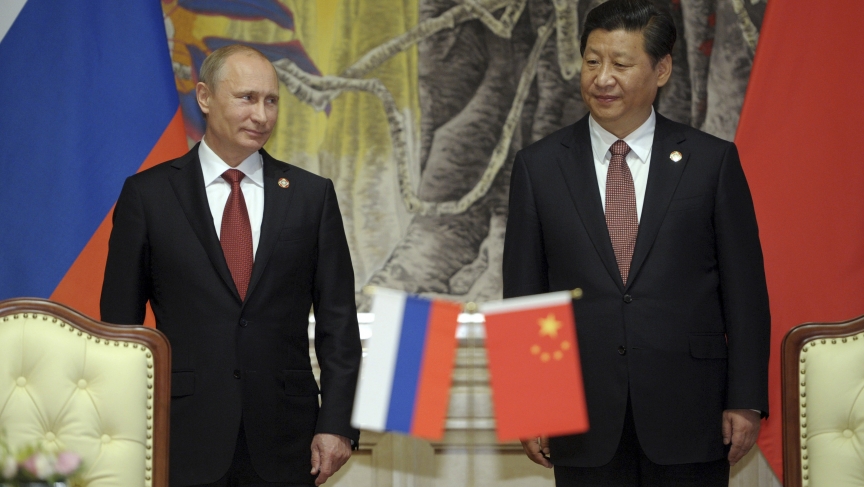 Russia's President Vladimir Putin, left, is greeted by his host, Chinese counterpart Xi Jinping in Shanghai on May 21, 2014.

For two countries so steeped in a shared communist history, Russia and China sure know how to do a business deal.

Vladimir Putin capped off his visit to Shanghai this week with a $400 billion agreement to supply China with Russian natural gas for the next 30 years. It was a serious political win for Russia's leader, at a time when Moscow is facing growing isolation for its involvement in Ukraine.

“This is the biggest contract in the history of the gas sector of the former USSR,” said Putin, according to Reuters, after the signing of the deal between Russia's state-controlled energy giant Gazprom and its Chinese counterpart, China National Petroleum Corporation.

But it could not have come easy.

“Our Chinese friends are difficult, hard negotiators,” the Russian president conceded, while also mentioning that the talks on the terms of the gas agreement went on until 4 a.m.

Another indication of how tough those negotiations where? This deal was 10 years in the making. And one of the toughest sticking points was, unsurprisingly, price. The CEO of Gazprom, Alexei Miller said price in the China deal, “is a commercial secret.”

Gazprom is eager to expand into the Asian market, because the company is overly dependent on customers in Europe, where demand has dropped off. The European Union is also working to curb its reliance on Russian energy, particularly in the wake of disagreements with Moscow over Ukraine.

Beyond the financial details of the deal though, this deal represents a symbolic moment of cooperation for two world leaders who find themselves in different degrees of confrontation with the United States. Russia and China see themselves as counterweights to the world's only superpower. But the two former communist allies also have a difficult past, fraught with their own tensions and disagreements.

“For lots of political reasons, they want to be seen as being closer together,” says Geoff Dyer. He covers US foreign policy for the Financial Times, and he's the author of “The Contest of the Century,” which looks at the global competition between the US and China.

“In the grand scheme of things, it would be very damaging for the US, if Russia and China were to become something approximating allies,” Dyer says. “But I think we shouldn't read too much into that. There are lots of reasons for China and Russia to get closer together, but there are also lots of reasons why they're going to be as much rivals as they are partners.”

In much the same way that Russia worries about “losing Ukraine” to western influence, Dyer says Moscow is concerned about other parts of what it sees as its hinterland. “China's making huge inroads into Central Asia,” he says.

President Xi Jinping visited Kazakhstan last September and he proposed building a new “Silk Road” for economic development. Beijing is building a natural gas pipeline that would eventually connect China with Turkmenistan, Uzbekistan, Kazakhstan, Kyrgyzstan and Tajikistan. Beyond that, Dyer says Russia is also nervous about Chinese influence in the sparsely-populated region of far eastern Siberia.

While the Russians are courting Beijing, the Kremlin is also moving closer to some of China's rivals in Asia. Russia has been talking with Japan. Moscow is selling six modern submarines to Vietnam, which is especially significant at a moment when China and Vietnam are going through a nasty maritime spat in the South China Sea.

“In lots of ways, while Russia has been getting closer to China, it has also been hedging against China,” Dyer says. “It's trying to make sure that China doesn't become the dominant power in Asia.”

Another thing to remember about Sino-Russian relations is their shared communist history, which is heavy with tension, ideological disputes and even, in the case of the Sino-Soviet border conflict of 1969, open hostility.

“For a long time, a lot of Chinese military strategy was based around defending itself from some sort of hypothetical invasion from Russia,” says Dyer. “Mao moved a lot of industry inland to protect it from being attacked by Russia.”

That has changed, now that the People's Liberation Army is acutely focused on a hypothetical threat from the US military. But still, Beijing's disputes with Moscow are not ancient history. And that is something China's leadership is not likely to forget any time soon.