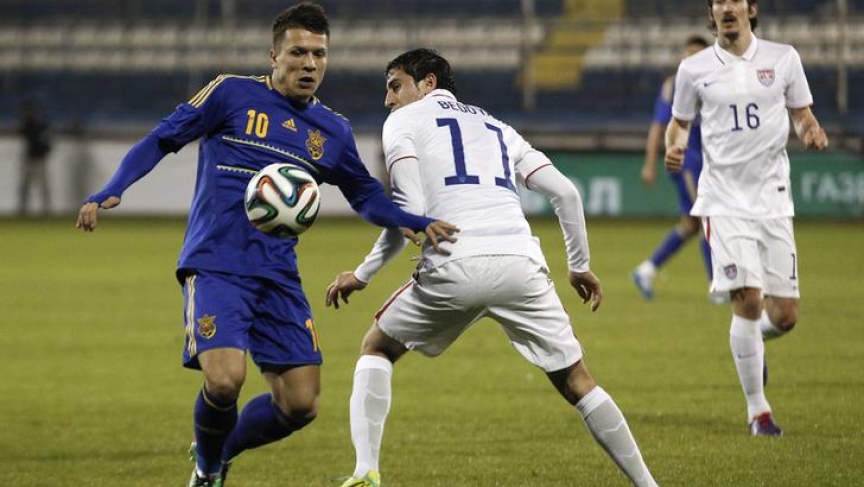 The seats at many Ukrainian soccer stadiums may be empty from now on.

That’s because the government has asked Ukraine's professional soccer league to hold its remaining games this season without any fans in the stadiums. That's an attempt to prevent the kind of politically-tinged violence that's surrounded some recent games.

Last week, there was violence involving soccer fans in Odessa, the country’s third-largest city. Supporters of the Odessa team joined with visiting fans from Kharkiv to chant pro-Kiev slogans and march to the stadium together.  But they were attacked by pro-Russia militants, which set off a series of violent clashes that moved through the city. Later, a fire broke out in a building where pro-Russia activists had sought shelter.

More than 40 people were killed.

Many of Ukraine's soccer teams are from parts of the country where there are strong pro-Russia sentiments, like Odessa or the eastern regions. But, curiously, many of the fans have aligned themselves with those supporting Ukrainian unity.

Soccer in Ukraine, though, has long been inter-twined with politics. All Ukrainian soccer teams have a hard-core fan sections called "Ultras" and when the protests against President Viktor Yanukovych were taking place in Kiev, these fans, by and large, supported the protests.

Soccer fans in Ukraine won't be missing out on a lot of the games though, the season is ending soon. The World Cup is taking place in June and normally soccer teams take a break while the games take place.

Ukraine's team will not be attending the World Cup, though, and that might be better for the team since the political uprising has left it facing an uncertain future.

As the country struggles to find a path forward, soccer, among many things there, remains in limbo.