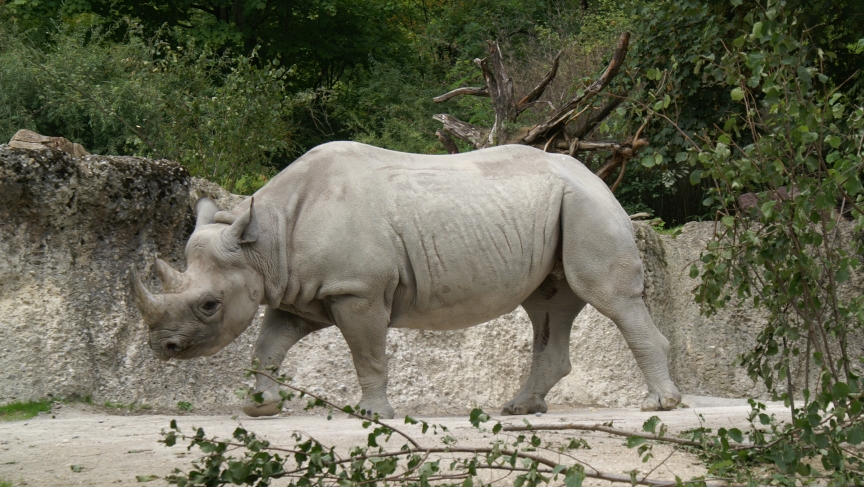 Poachers are using geo-location data from smartphone photos to track down endangered animals.

Sometimes we think about our own privacy when we post pictures to social media. Could that Tweet be an alert to robbers or that photo reveal something just a bit too revealing.

But most of us aren't thinking about the implications of our photos of nature. And that could be a problem. The last remaining wild rhinos in Africa have a new threat to deal with: social media and geo-tagged photos.

Poachers are using the geo data in social posts, and even in the photos we upload themselves, to track much sought after rhinos and other endangered species. Quartz has the story.

A radio station where it's always morning drive time

Meet Global Breakfast Radio, an online radio station that broadcasts morning radio 24 hours a day, seven days a week. From Vanuatu to Cape Verde, from the US to Europe, Daniel Jones and his fellow programmers have found the best in "breakfast" radio and put it in a single stream of nonstop sound.

Wired magazine goes behind the scenes in what led Jones and others to put this new station on the air. In his own words: "the start of a new day embodies a certain optimism and freshness — it's almost like a period of free time." Unfortunately, running the station isn't so free, with the database of web stream necessitating almost constant updated.

Did an American doctor unlock a huge advancement in malaria treatment?

Cerebral malaria has been a deadly and confusing killer for years. No one could figure out how, and whether, it killed. Until now. An American researcher brought an MRI machine to Malawi — thanks to a hard-won donation from GE — and put sick children into the machine, the country's first.

What he found was brains that were swelling into the area that controls breathing functions. Within a matter of hours of the brain swelling, the patients died. PRI's The World reports on what this advancement may mean for the future treatment of malaria patients.

How organized crime is settling scores during Ukraine's chaos

“I am just an ordinary citizen of Donetsk Republic, helping out,” he smirked, twirling his baseball bat.”

The situation in eastern Ukraine remains grim, with lawless gangs of masked men meting out their own version of justice with little resistance. It's created an opportunity for organized crime syndicates to exact revenge or something else from old rivals. The whole situation borders on anarchy. The Independent has the story.

How Lady Gaga is playing in Scotland's upcoming independence election

Scotland will vote on becoming an independent nation later this year, with polls from late last month suggesting a closely contested race. But those who support the Yes Scotland campaign, those calling for independence, are pulling out all the stops to try and get a majority to their side.

PRI's The World talked to Zara Gladman, who has taken to YouTube to lampoon the "no" voters. Recent efforts have included taking the Lady Gaga song "Bad Romance" and rewriting it for the campaign. When she's performing her music, she goes by the stage name, Lady Alba.

The United States is in its own category in this map of world prison populations http://t.co/4GBpQdRQak pic.twitter.com/MNsx0LoBgX

Manchester, England, reported 2.8 inches of rain in April — nearly 50 percent above their usual monthly average, according to AccuWeather.