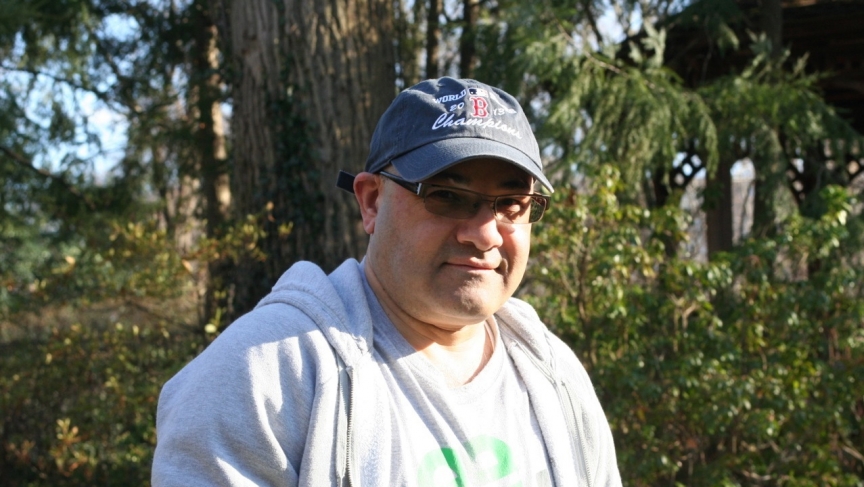 Lukman Faily isn't planning to break any records at the Boston Marathon this year. The 48-year-old Iraqi diplomat says he brings a message of solidarity for the victims of terrorism everywhere.

Courtesy of the Office of the Iraqi Embassy

Among the 36,000 people hitting the streets as official participants in this year's Boston Marathon will be 48 year-old Lukman Faily. Like many, Faily is lacing up his running shoes for charity. But he is also looking to make a statement.

Faily is the Iraqi Ambassador to the United States.

On April 15 last year, the day of the Boston Marathon attack, Faily was finishing his stint as Iraq's top diplomat in Japan, where he ran in two marathons. As he watched the news from Boston, Faily quickly decided to sign up for Boston 2014.

“I was very keen to put a statement of solidarity with our American friends, that we are there to fight terrorism together,” he told me during a recent interview from Washington.

“Iraq has had tragic issues with terrorism as a challenge, and I'm here to signify a sign of solidarity with the American people.”

But how can one even begin to compare what happened in Boston last year to the current situation in Iraq?

On the morning I talked with Faily, multiple car bombs had exploded in Baghdad. At least 18 people were dead, dozens were wounded, and yet, as far as the headlines were concerned, this was just another day in the life of Iraq. According to the United Nations, 8,868 people were killed in Iraq last year.

“In Iraq, we have proven beyond any shadow of a doubt that we are very tenacious people,” Faily said.

“We will carry on fighting terrorism. We will put up with it. And we will win. We [have] made it loud and clear to everybody, and people have sort of appreciated our character to fight terrorism day in, day out with that sort of scale and viciousness.”

Faily said his country has become a magnet for international terrorists. The chaos next door in Syria is spilling over the border into Iraq, but the ambassador wants Americans to know that Iraq is not a lost cause.

He said Iraqis are looking forward to national elections at the end of the month. There are also positive signs for the social and economic development of Iraq.

Faily said he is not talking about putting American boots back on the ground in Iraq, but that Baghdad would like closer cooperation.

As for the marathon, he knows the course in Boston is famously tough. His experience is limited to the marathon in Tokyo. Faily added he's not thinking about breaking any records.

“No, not even my own record. I mean, in Tokyo it's flat. Here, you have hills,” Faily said.

Faily said his main goal is to complete the race in the allotted time, “and to complete it comfortably. Because I think it's important I enjoy the event.”