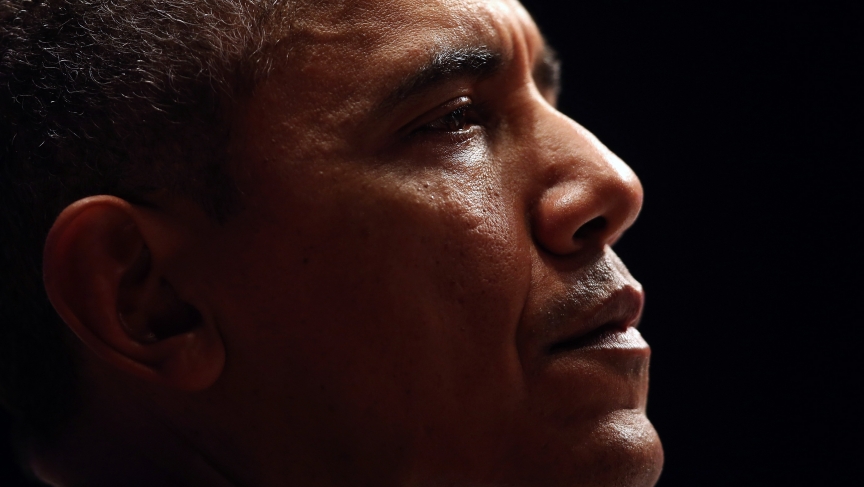 What to do about Russia? President Barack Obama at the opening session of the Nuclear Security Summit in The Hague, March 24th 2014. The US is using the international summit to coordinate responses to Russia's annexation of Crimea and to consider what might happen next.

President Barack Obama attempted to rally international support for sanctions against Russia on Monday, at an international summit meeting in The Hague — in response to Russia's annexation of the Ukrainian region of Crimea.

The United States has imposed stiffer sanctions on Russia than European nations have. But despite such divisions, the West has so far "got it about right" in terms of calibrating its response to Russia, at least according to Ivo Daalder. Daalder was US ambassador to NATO until last year. He's now president of the Chicago Council on Global Affairs.

“We need to be united,” warns Daalder. “And we need to stay united. We need to be very clear that what has happened (in Crimea) is not just a fundamental violation of international law, but is totally unacceptable.”

“We need to be very clear,” he adds, “that any further steps, be it in eastern Ukraine or Moldova or wherever, are going to lead to further punishment and further costs.”

Moscow claims Russians in Ukraine are "under threat." Russia quietly espoused a doctrine a few years ago claiming the right to protect Russian speakers everywhere, even by military means if necessary. That is not a doctrine that can be squared with international law.

Daalder says sanctions are unlikely to turn back Russia from Crimea immediately, or even prevent further interference in other parts of Ukraine. But over time, he argues, they could impose sufficient cost on the Russian economy to make Moscow reconsider.

Confronting Russia could ultimately include military force, but only if Russia crosses a red-line.

“There is a red-line for NATO, clearly, which is NATO territory,” says Daalder. “There are Russian-speakers in Estonia. There are Russian speakers in Latvia, in large numbers.” Both Estonia and Latvia are full members of NATO. “Where’s that going to end?”

“Nobody wants to fight Russia except and until Russia takes steps that directly affect the security of NATO member states, or worse attacks a NATO member state, in which case there will be a confrontation of a military kind,” he adds.