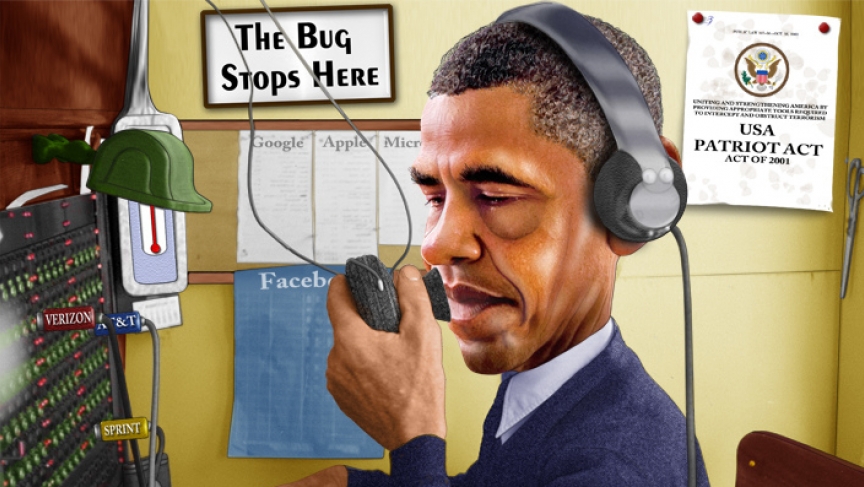 President Barack Obama addressed the nation in January about NSA surveillance and sought to reassure the world.

“The bottom line is that people around the world, regardless of their nationality, should know that the US is not spying on ordinary people who don't threaten our national security. We take their privacy concerns into account,” he said.

Well, those global privacy concerns have surfaced yet again.

The Washington Post revealed on Tuesday another NSA program, called MYSTIC, that has been collecting 30 days’ worth of voice communications from a particular, unnamed country. All of the country's communications. The newspaper chose not to identify the country.

The MYSTIC program, according to the Washington Post, has the ability to record 100 percent of calls made in or to a particular country. Independent security consultant Ashkan Soltani, who helped report the story for the Post, says the program is being deployed in at least five countries. MYSTIC was launched in 2011 in a single country.

According to Soltani, the NSA's RETRO tool allows analysts to listen to the recordings for 30 days after they are recorded. Select conversations can be saved for long-term storage, while unsaved recordings are deleted as new recordings come in, after 30 days.

“We had an understanding that NSA was collecting metadata — who you call and when you call — but the ability to record an entire country’s phone calls is a newer capacity that we were not aware of,” Soltani says.

This semantic exercise points to an even bigger philosophical question — so what constitutes spying?

“If a computer records your information and no one listens to it, is it spying?” Soltani asks. “The idea that we will record everything so that maybe sometime in the future it will become valuable, that starts giving me the creeps a little bit.”