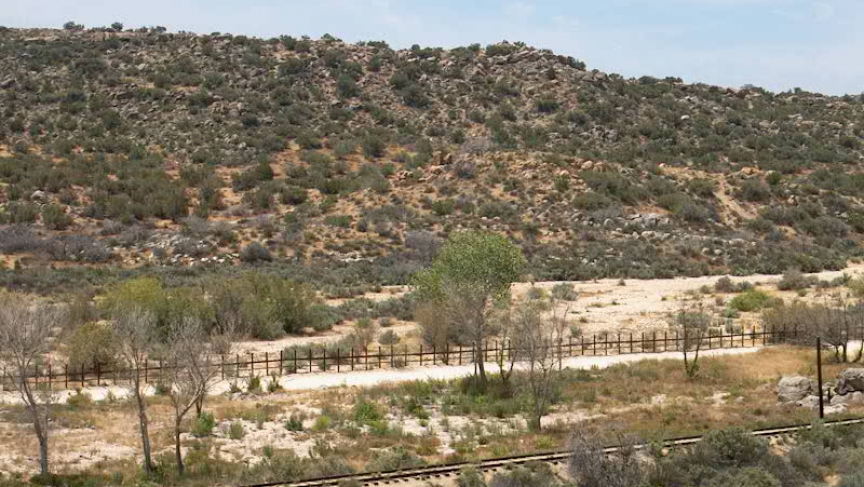 More children than ever before are trying to cross the US-Mexico border, to escape violence back home, especially in Central America.

While the number of illegal bordering crossings is at a 40-year low, there has been a dramatic surge in the number of children being stopped by Border Patrol along the US Mexico border.

In fact, government officials estimate that in fiscal year 2014, which ends in Setpember, at least 60,000 children will be apprehended as they try to enter the country illegally. That's 10 times the number of children stopped only three years ago.

Most of the children are from the Central American countries of Guatemala, Honduras and El Salvador. Most are fleeing the increasing gang violence and poverty that is plaguing their communities. Most are trying to reunite with a parent or a family member in the US.

Sonia Nazario is familiar with these stories. Her 2006 book, “Enrique’s Story,” which was based on a Pulitzer Prize-winning series Nazario wrote for the Los Angeles Times, was recently updated. It tells the story of Enrique, a Honduran boy who makes the dangerous trek alone to reunite with his mother in the US. “Many of these kids have no money to take this journey, so they do it the only way they can, which is gripping for dear life to the tops and sides of these freight trains travelling up the length of Mexico,” Nazario says.

Nazario says jumping on and off those box cars isn't the only dangerous part of these sorts of journeys. The Mexican drug cartels often control the tops of these trains, where the children ride. “They’re kidnapping 18,000 Central Americans every year, making their way north through Mexico and they prefer children,” Nozario explains. “These kids are carrying the number of a relative in the US and they can extort these relatives for money, for $3000 to $5000. And if you don’t pay, they’ll kill the children.”

Nazario says the trauma doesn't stop there for many of the children — the ones who get caught. Once stopped by Border Patrol, the children areed in a detention center and, ultimately, must stand before an immigration judge.

Nazario recalls seeing a 3-year-old, clutching a teddy bear, standing before a judge without even a lawyer at the toddler’s side. Nazario is on the board of Kids in Need of Defense (KIND), a non-profit organization that has created a network of more 6000 lawyers who represent these children pro-bono.

KIND President Wendy Young says something must be done policy wise that recognizes these children as “Children first. Immigrants second”