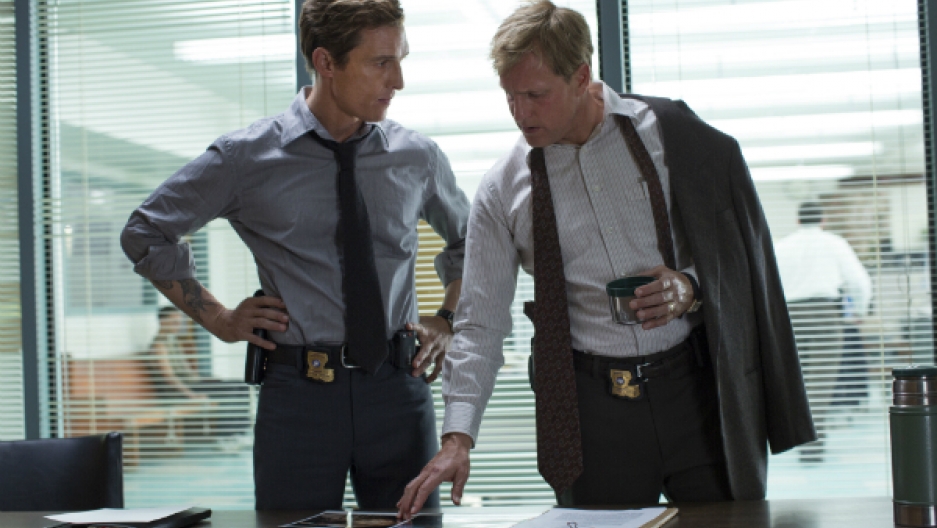 As fans hold their breaths for the Sunday night finale of True Detective, it's hard to imagine anyone other than Matthew McConaughey as the nihilistic Rustin Cohle. But the Oscar-winning actor was initially pegged for a different role.

McConaughey was asked to read for the otherdetective --- the charming family (and ladies) man Marty Hart. But "the guy I can't wait to hear what comes out of his mouth every time I turn the page is this guy Rustin Cohle," he told Kurt Andersen. "I read the first two episodes and said, 'Look, I like the role of Cohle. If you guys are interested in me for the role, I'm in.'"

"Rustin Cohle is a man who does not con himself, as we all con ourselves," says McConaughey. "This is a man with a constitution and self-council that is hard to watch and boy you wouldn't want to wish it on anybody." (More about True Detective in the audio above.)

Instead, McConaughey suggested his pal Woody Harrelson for the role of Hart (hear his conversation with Kurt from 2012). Their odd pairing lends the show an off-color charm. "It's not intended for comedy," says McConaughey. "I started to really get a tickle out of this thing."

Enjoy it while it lasts, folks. McConaughey won't be returning to the show for a second season. But we expect the McConnaisance to continue.