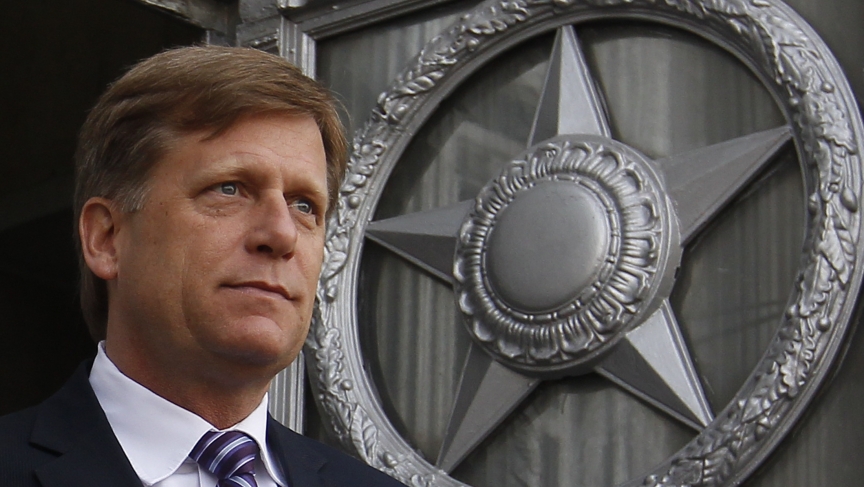 US Ambassador to Russia Michael McFaul is slated to leave his post later this month.

Relations between Moscow and Washington have been frosty for years.

The "reset" of diplomatic relations in 2009 — a move designed to strengthen ties — started to snap almost from the get-go. Sure, a bit of a chill is to be expected says the US Ambassador to Russia, Michael McFaul, who was one of the big thinkers behind the "reset."

But now he's getting ready to step down from that job after two years in the post.

From his residence in Moscow, McFaul says Washington's relations with Moscow are bound to be contradictory.

"That would be the theme I think of our relationship with Russia as I'm about to leave, that amid difficult arguments over the transition in Syria, the deterioration of democracy and human rights in Russia, the banning of adoptions for American parents. You have that in one category, and right next to it you have continuity and cooperation on issues like Iran, North Korea, Afghanistan, trade and investment issues. And that's the nature of the relationship," McFaul notes. "Some cooperation, some disagreement."

McFaul's ride in Moscow has been bumpy, in part thanks to his frank exchanges on social media. He boasts daily interactions with his 60,000 followers on Twitter and more than 13,000 "friends" on Facebook. He says his Tweetchats can reach hundreds of thousands in a matter of minutes.

"Before I got to Russia, I'd never seen a tweet ever," he says. "I'm brand new to this world."

The outgoing US ambassador says the Kremlin considered him something of a provocateur from early on, and to some extent tried to box him into a corner.

"They most certainly wanted to do that — portray me as some unusual person sent here to foment revolutions, which was obviously a ridiculous claim," he says.

But, McFaul adds, that portrayal didn't prevent crowds of Russians from approaching him during a recent visit to Sochi, and asking for his autograph and requesting photos with him.

"You can be a supporter of President Putin — and there's no doubt about it, he's a very popular leader here in Russia — and also want to have your (photo) with the American ambassador," he says. "That may seem like a contradiction to us, it is not to many people here in Russia."

McFaul says he was attracted to Russia as a kid in high school in Montanta. His first trip abroad was to the Soviet Union in 1983.

"I will miss the intensity of individual relationships that I have with Russian colleagues and Russian friends. That day-to-day experience of talking about serious stuff, using your mind but also not being afraid to bring your emotions into it — that's something I deeply admire among my Russian friends and I'll miss that for sure," he laments.