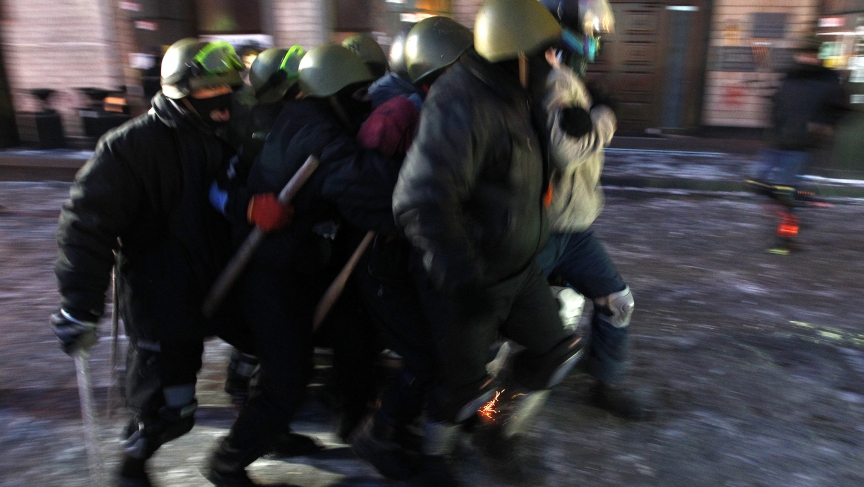 Everyone makes mistakes — including the riot police in Ukraine. They reportedly attacked pro-government supporters, after mistaking them for opposition activists.

It’s thought the mix-up occurred because the vehicle had license plates from Western Ukraine, home to many of the anti-government protestors, according to the BBC. Evidently, police stopped the bus of government supporters outside Kiev. Despite the passengers shouting, “We’re on the same side as you,” the police carried on with the assault. Eventually they realized their error and allowed the bus to continue its journey.

Iraq is not the first country in the Middle East you might associate with business opportunities — but in the northern, semi-autonomous Kurdish region, it's boom time for young entrepreneurs.

The city of Erbil is experiencing a surge in construction and investment, including hotels and luxury housing developments. The area is home to some of the world’s largest untapped gas and oil reserves and oil companies are fueling this growth. Ambitious young Iraqis say there’s never been a better time to open a business, as Susannah George reports for PRI's The World.

Could this be the start of indoor grilling?

The oldest known hearth, where ancient humans cooked their food, has been discovered in Israel.

The first-ever fireplace is inside a limestone cave near Tel Aviv and is thought to be more than 300,000 years old. Tel Aviv University archaeologist Ran Barkai told National Geographic the hearth “belongs to a crucial time in human biological and cultural evolution," when our ancestors began cooking meat inside their homes.

This long sea voyage was not planned

Jose Ivan says he spent the last 16 months adrift on the Pacific Ocean. He washed up on remote Pacific Ebon Atoll, part of the Marshall Islands, on Thursday, when his boat floated onto a reef. He claims to have come from Mexico, more than 8000 miles away.

He says he survived by killing and eating sea creatures, such as turtles, and birds. There was no fishing gear in the boat. Ivan says he caught the creatures using his bare hands. He says he was trying to reach El Salvador and left Mexico with a companion who didn’t survive the journey. Local people are now caring for the man, who was in an emaciated state when he was rescued, according to Agency France-Presse.

Now that we're divorced, would you be my housekeeper?

A millionaire businessman told a London court that he was "surprised" by his former wife’s anger when he asked her to stay in their home as a housekeeper for his new family.

The couple married in the 1970s and divorced in the 1990s, but continued to live at the same address, until the man invited his new girlfriend to move in with her daughter five years ago. His former wife decided to pursue litigation when told of the new arrangements, the Independent reports.

And, apparently, she got the last laugh. The Family Division of the High Court in London awarded the woman almost half of the man’s £13 million worth of assets, ruling that there was "no distinction" between their lives before and after the divorce.

Got a month, a good pair of shoes and a love for football?

Then perhaps you want to join three English men in their 1966-kilometer (1200-mile) walk to the World Cup in Brazil from the wine country of Mendoza in Argentina?

The men chose a 1966-km walk because 1966 was the last time England won the World Cup. PRI's The World interviewed the men, who explained they wanted to make their World Cup trip an adventure, and about more than themselves. As they walk, they aim to raise awareness of drought conditions in part of Brazil and raise money to build a well for a community there. Check out their video trying to recruit others to the adventure.

Queensland, Australia, was hit by the state's first cyclone of the season after Tropical Cyclone Dylan made landfall on Thursday. Winds as strong as 85 miles per hour and heavy rain, though, added up more to an annoyance than a truly dangerous situation, according to the Courier Mail. Some damage was reported to decks and docks, but in general the storm caused little major harm. 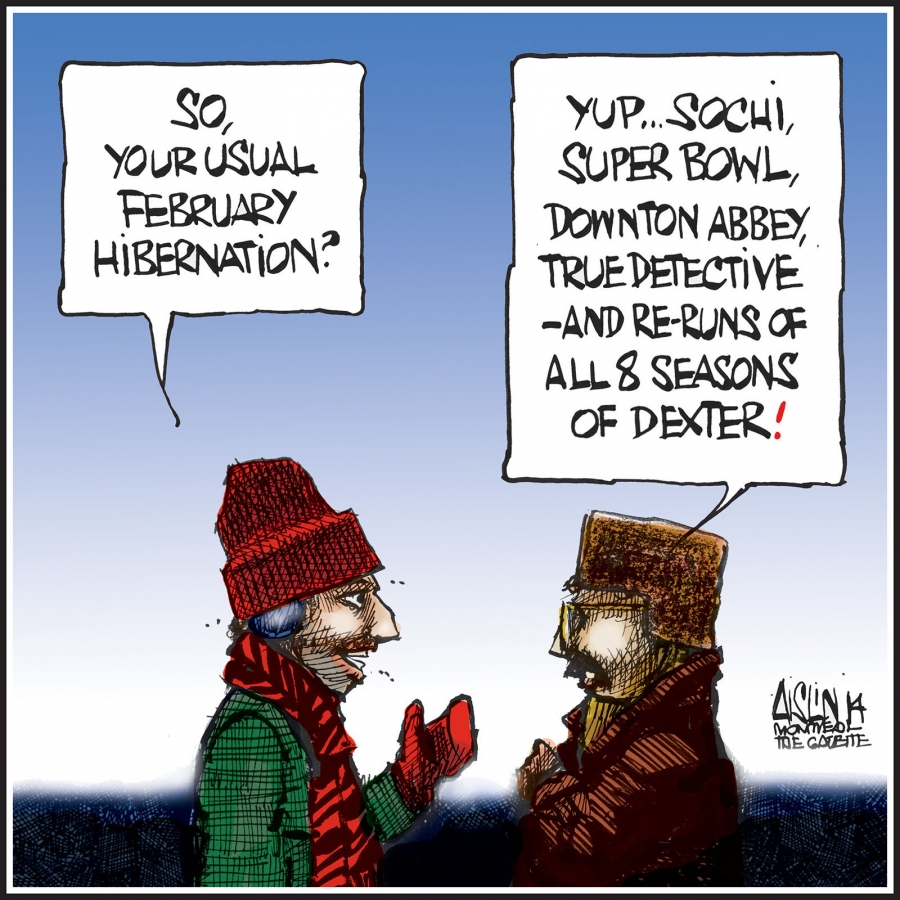 Hibernating in the age of Netflix just got a whole lot easier.