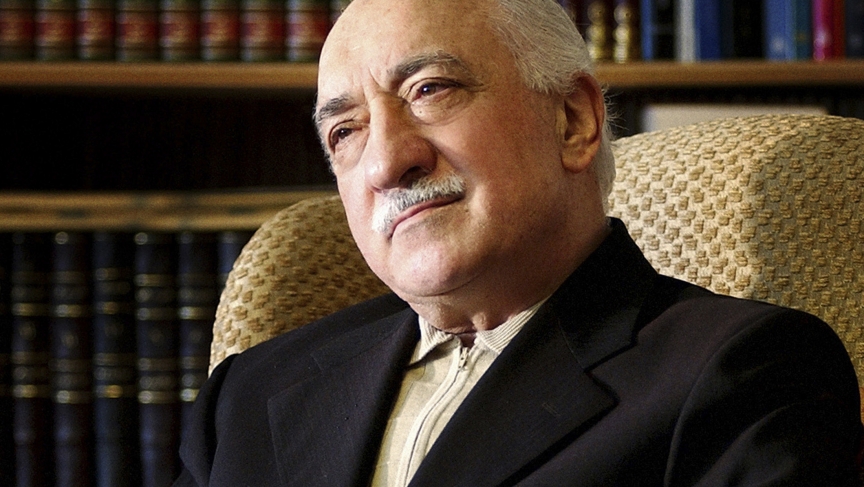 Islamic preacher Fethullah Gulen is pictured at his residence in Saylorsburg, Pa., in this December 28, 2004 photo. Gulen, whose supporters say they number in the millions, has long loomed large over Turkey's constitutionally-secular state.

Editor's note: As a military coup was underway in Turkey the night of July 15, 2016, President Recep Tayyip Erdogan claimed that Fethullah Gulen's followers were behind it. Gulen's movement has denied involvement. The story below was published in 2014.

Imam Fethullah Gulen lives in the Poconos, but he's also one of the most powerful men in Turkey.

He's a religious scholar with grandfatherly looks and often poses for pictures with books behind him. If you're not familiar with Turkish politics and religion, chances are you wouldn't suspect he is one of the most powerful religious figures in the world.

But that's exactly how Wall Street Journal Istanbul Bureau Chief Joe Parkinson describes Gulen. He's been corresponding with Gulen via email. He wanted to know more about the reclusive leader, in light of the battle Gulen appears to be waging with Turkey's Prime Minister Recep Tayyip Erdogan.

Parkinson says the imam's story has tracked Turkey's own turbulent political past. Gulen was a young imam, 16, when the country first liberalized and allowed religious groups. Gulen started to develop a following of businessmen. He built schools all over the country.

His followers are known as Gulenists, and his movement is called the Cemaat, or congregation. He became a political force within Turkey.

"In 2000, he moved over to the US, ostensibly for medical treatment," Parkinson says. "But it was at the same time that the then-secular government were attempting to try him for attempting to topple the government."

He didn't return to Turkey. But his influence didn't die. And now the imam is in a battle with a former ally, Prime Minister Erdogan.

"Both of them [are] religious men. Both of them long-term allies formerly against the secular establishment. And now, at loggerheads, in a way that is really destabilizing Turkish politics," Parkinson says of the pair.

So how did these two allies get on the outs? Parkinson says it started when the prime minster attempted to close down schools owned and operated by Gulen. The schools apparently were a key source of financing and recruitment for Gulen. So closing them was, in a sense, a declaration of war.

Prime Minster Erdgodan believes that Gulen and his followers are responsible for the corruption probes launched against Erdgodan's own government. He's responded by trying to root out the Gulenists from law enforcement and government agencies.

But that's an oversimplified version of events. Parkinson says the case has many moving parts. He says it's difficult to understand just what is going on, even if you are in Istanbul. But, he adds, this isn't like the old conflict between secular and religious.

"This is very much a war within the religious establishment," he says.

And Gulen, who is known to be ill and doesn't often leave his estate in the Poconos, is very much involved in this war.

"Despite the illness. He must be very exercised at the moment," Parkinson says.

Correction: In a previous version of this story, we incorrectly stated that Gulen lived in Amish country. He in fact resides in the Pocono Mountains.