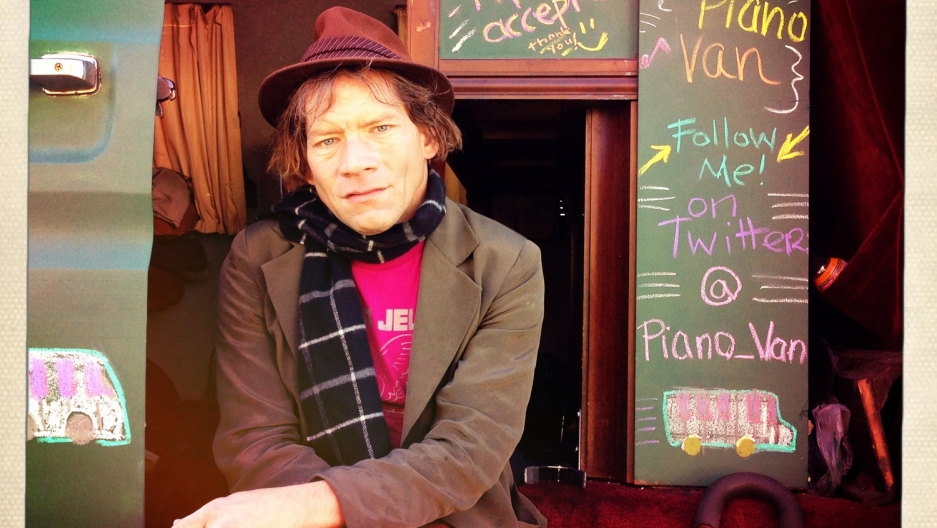 From The Organist, KCRW's podcast with The Believer magazine

Chris Stroffolino is a Shakespearean scholar and a former member of the band Silver Jews. But these days, he lives in a 1983 Ford Econoline van which is retro-fitted with a piano in the back. He'll drive around town, invite musicians in to play, or just open the side doors to give a concert.

Ten years ago, Stroffolino's life looked very different. His band was a success and he was teaching at several universities. Then a bike accident sidelined both careers and "everything spiraled down," he says. Although he ended up losing his apartment and many of his possessions, Stroffolino was adamant that he wouldn't lose his music as well. His Piano Van is both his home and studio. Last year, he recorded the 12-track album The Piano Van Sessions. Other musicians, including Dean and Britta, have stopped by to play.

"It's very lonely, aside from being economically unfulfilling," Stroffolino admits. But he doesn't dwell on the past. "[It's not] 'don't cry over spilled milk,' but 'what can I do to create more milk?' So I don't have to worry about the spilled milk."