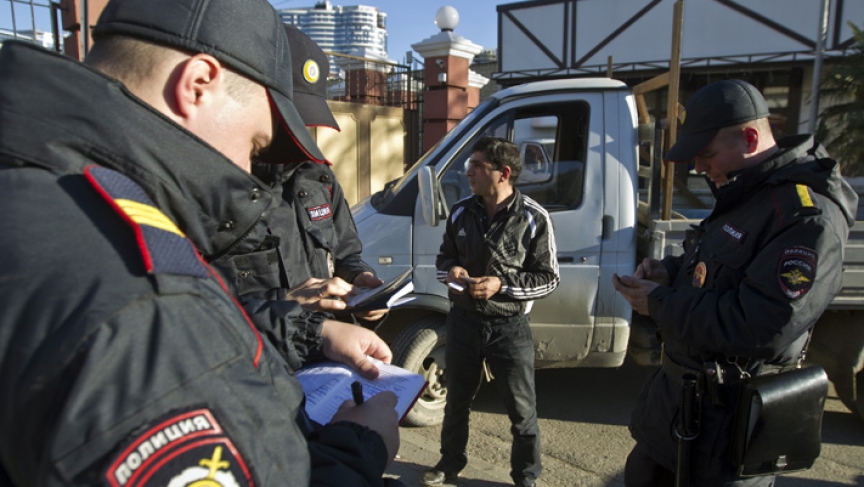 Already, Russian authorities have begun, in a sense, locking down the resort town on the Black Sea and all the surrounding Olympic venues. Massive security precautions have become commonplace at the Olympics.

But in Russia, after two recent suicide bombings in the city of Volgograd, security is being taken very, very seriously.

Michael Payne, an advisor to global sports events and the former head of marketing for the the International Olympic Committee, says the ramp up of security at Sochi is no surprise. It's simply a harsh reality in the modern era.

"The risks are clear, " Payne says. "Unfortunately, for the last 40 years since the Munich Olympics, there has always been the threat of terrorism. Such is the media profile of the Olympic Games, it gives a platform for different organizations to make a statement and that's why security has probably been the major issue of every organizer and host country. But I don't think that the Russian organizing committee is necessarily doing anything different than London did a couple of years ago — or even America, when you think back to Salt Lake City just shortly after 9/11."

Missile batteries, war ships, ring of steel - media hyping #Sochi2014 security concerns, but was this not the exact same plan for London2012

But how do you market this Winter Olympics as a great, once-in-a-lifetime sporting event for fans even as tens of thousands of police and troops are being mobilized in Sochi?

"It is a balancing act between making sure all the visitors and the athletes are protected, but equally that you don't let security suffocate the very special atmosphere of the Olympic Games," Payne says.

There was a simple lesson from the Beijing Olympics, Payne adds. "About three weeks before the Games, I met with the leadership of the organizing committee and I congratulated them and said, 'Look, everything is ready! You have nothing to worry about, but if I may offer just one word of advice.' They all looked at me, nervous, and said, 'What's that?' And I said, 'The word is smile, because I just walked into your offices, I had to clear security and it was a little bit intimidating. If you were to train the soldiers to smile and welcome, you will completely transform the atmosphere.'

"And I'm told, a few days later they had 20,000 soldiers on the parade ground, teaching them all to smile. So, by the time all the guests came, you had a very warm welcome from the security staff."

Payne says that threats of terrorism in Sochi, Russia, are real. But he says there were also significant risks of terror attacks before the London Olympics and the Beijing Olympics, as well. He says he's confident Russia's security measures won't suffocate the spirit of the Olympic Games.