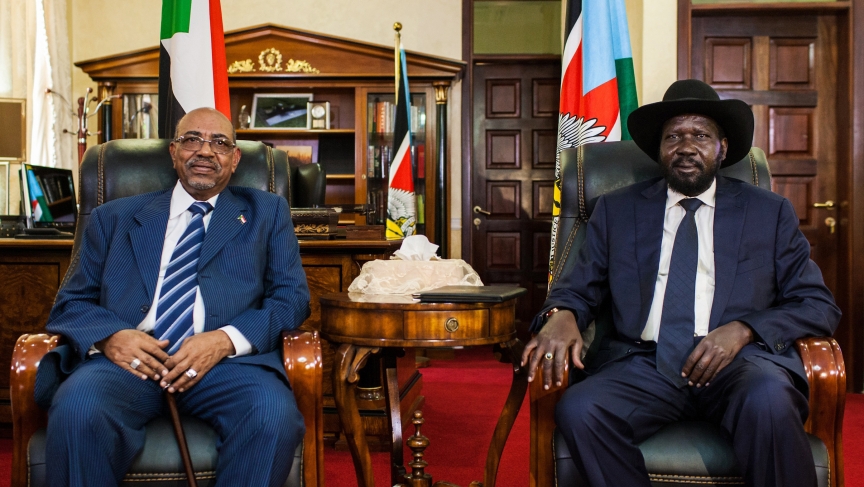 Sudanese president Omar al-Bashir told journalists earlier this week that his government is deeply concerned by situations on its borders.

By "situation on the border," Bashir means both the violent crisis in the Central African Republic and the escalating instability in Sudan's other neighbor to the south, South Sudan.

But the unrest in South Sudan isn't entirely unexpected — at least for people in Sudan, said journalist Isma'il Kushkush. He's been following the unrest from the Sudanese capital of Khartoum.

"People are not surprised that this happened," said Kushkush. "The general consensus is that we expected this."

Sudan and South Sudan were locked in a civil war for more than two decades until the US helped broker a peace agreement there in 2005; a peace that helped pave the way for South Sudan's independence and separation from Sudan in 2011. Still, the relationship between the two countries remains on unsteady ground.

Sudan's Information Minister Ahmed Bilal Osman this past week said he was worried about what's going to happen to South Sudan's oil. Before separation, oil accounted for about 75 percent of Sudan's revenue, according to Kushkush. The oil fields are in the south and the oil refineries and the port for exporting the oil are in the north.

"When separation happened, there were disagreements on how oil revenue would be shared," Kushkush said. "Both countries almost went to war last year."

After many rounds of negotions, South Sudan agreed on a fee to pay Sudan to move oil through pipelines to the north, where it's refined and exported.

The current unrest in the oil producing region of Unity State in South Sudan has already had an effect on Sudan's economy, Kushkush said.

"Already the exchange rate of the Sudanese pound to the US dollar has jumped," he said. "The market is shakey."

Officials are also expressing concerns about refugees crossing the borders from South Sudan into Sudan.